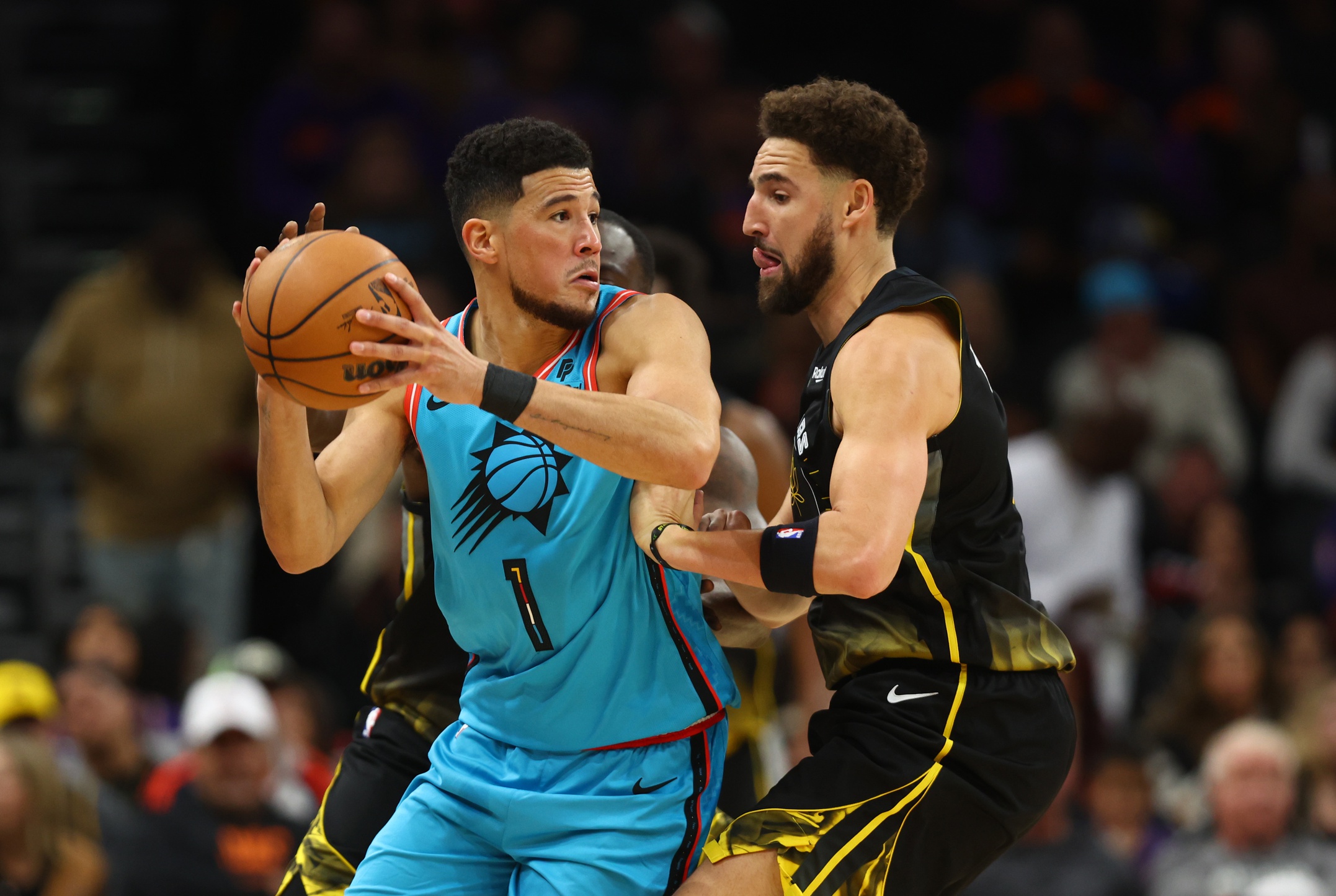 The Phoenix Suns were without Chris Paul yet again on Wednesday night, but it wasn’t obvious as they took on a rivaling Golden State Warriors squad. Though fighting through injuries, Phoenix also wasn’t facing the same Warriors team from earlier in the season. Golden State hadn’t embodied a defending champions aura to start much of the season.

The Suns are coming off a nail-biting loss to the Miami Heat. Rebounding at home against the defending champions could put them on the right track.

Given that, Phoenix walked away with a 130-119 over Golden State. The Suns improved to 9-5 on the season.

The Suns looked to jump out early on the Warriors, and that was largely in part due to Devin Booker and Deandre Ayton. Getting to the free throw line was of priority for Booker, as he hit all seven of his shots from the charity stripe. It was a massive uptick compared to Phoenix’s four total free throws against Miami.

Stephen Curry was determined to steal the show however. He put up 17 first-quarter points. Limiting Curry appeared to be the obstacle for the Suns in the first quarter.

Phoenix didn’t learn from Curry’s performance in the first quarter though. The future Hall of Famer was up to 31 points at halftime, scoring 14 points in the second quarter.

Despite Curry’s barrage of three-pointers, the Suns stayed grounded in their approach. Much of that started with Booker remaining consistent on offense. His determination led to a 15-point quarter from Cameron Payne.

Mikal Bridges also joined in, adding nine points in the second quarter on 3-of-3 shooting from three-point range.

The Warriors were only able to stay in the game due to Curry’s heroics, but with no one stepping up, Phoenix led 72-65 at halftime.

The Suns stayed true to their game during the third quarter, opening up a decent lead. The starters worked tirelessly to limit Curry’s attempts, often causing him to depend on other teammates.

Payne looked to continue piling onto what could possibly be a career-night in points. He shot 2-of-4 from downtown to add six points to his total.

Jock Landale showed his skill against a small-ball lineup from Golden State. Landale finished the third with an emphatic block on Jordan Poole leading to a dunk on offense.

As the Suns opened up the fourth quarter, the Warriors deployed a lineup that didn’t feature Curry or Klay Thompson. As such, it was a prime window for Phoenix to put the game away with a decent amount of time remaining in the fourth quarter.

With that, Phoenix was off on an 8-2 run to start the quarter. The Suns were looking to force a suffocating defense on the Warriors bench unit. Golden State was only shooting 30 percent from the field as time hit the seven-minute mark.

Payne led the way through the game scoring-wise. He’d surpassed his career-high of 24 points.

Damion Lee also continued his scoring efforts to help steer the Warriors, his former team, from a comeback. He was up to nine points from shooting perfect from three-point range as time hit the five-minute mark.

Despite a legendary 50-point performance from Curry, the rest of the Warriors simply couldn’t pull their weight.

It was truly a contest that the Warriors couldn’t of hoped to win with the Suns connecting like they were. Phoenix also shot over 50 percent from three-point range, which leaves any team with a high chance of victory.