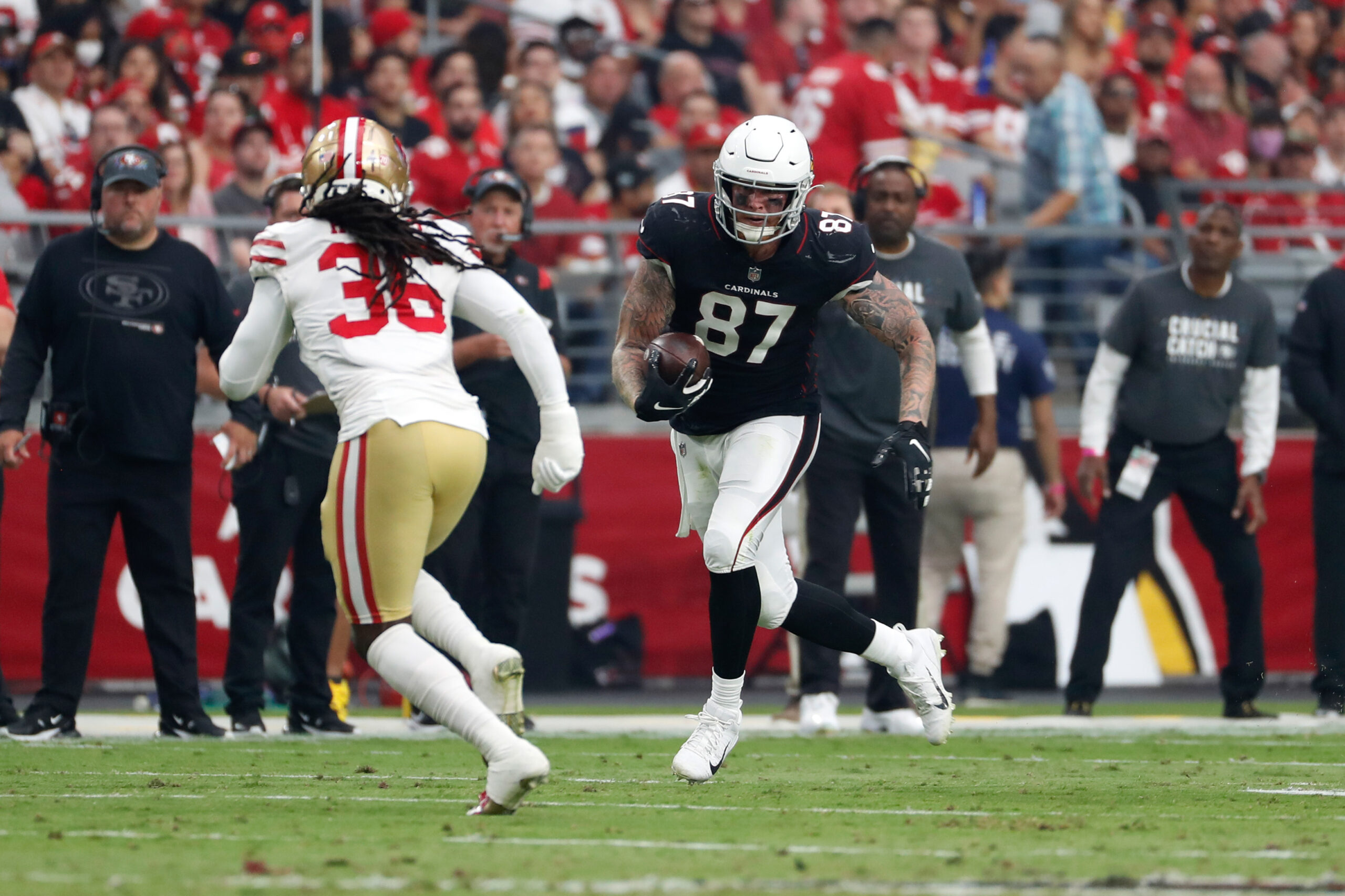 It has been a bumpy ride for Arizona Cardinals tight end Maxx Williams. Between injuries and being released multiple times, Williams has yet to catch a pass this season.

However, he may finally have an opportunity after Zach Ertz found himself out for the remainder of the season with a knee injury.

Although Williams is still on the practice squad, it is expected that the Cardinals will elevate him sometime before Monday’s game.

The 28-year-old spoke about the opportunity earlier this week.

“I’m ready to go and excited to play football again.”

Arizona Cardinals TE Maxx Williams is excited to potentially get added to the active roster and play Monday night against the 49ers pic.twitter.com/TENI9VuPzt

Williams has not played in a regular-season game since Week Four. After being completely cut from the team, he was brought back up onto the practice squad in early October.

With only rookie Trey McBride currently available at tight end, there is a very high possibility that Arizona makes the move soon.

Last year, Williams only played in five games due to season-ending surgery. He caught 193 yards and a touchdown in those five games.

Suns Vs. Warriors – Game Recap
DeAndre Hopkins Did Not Practice