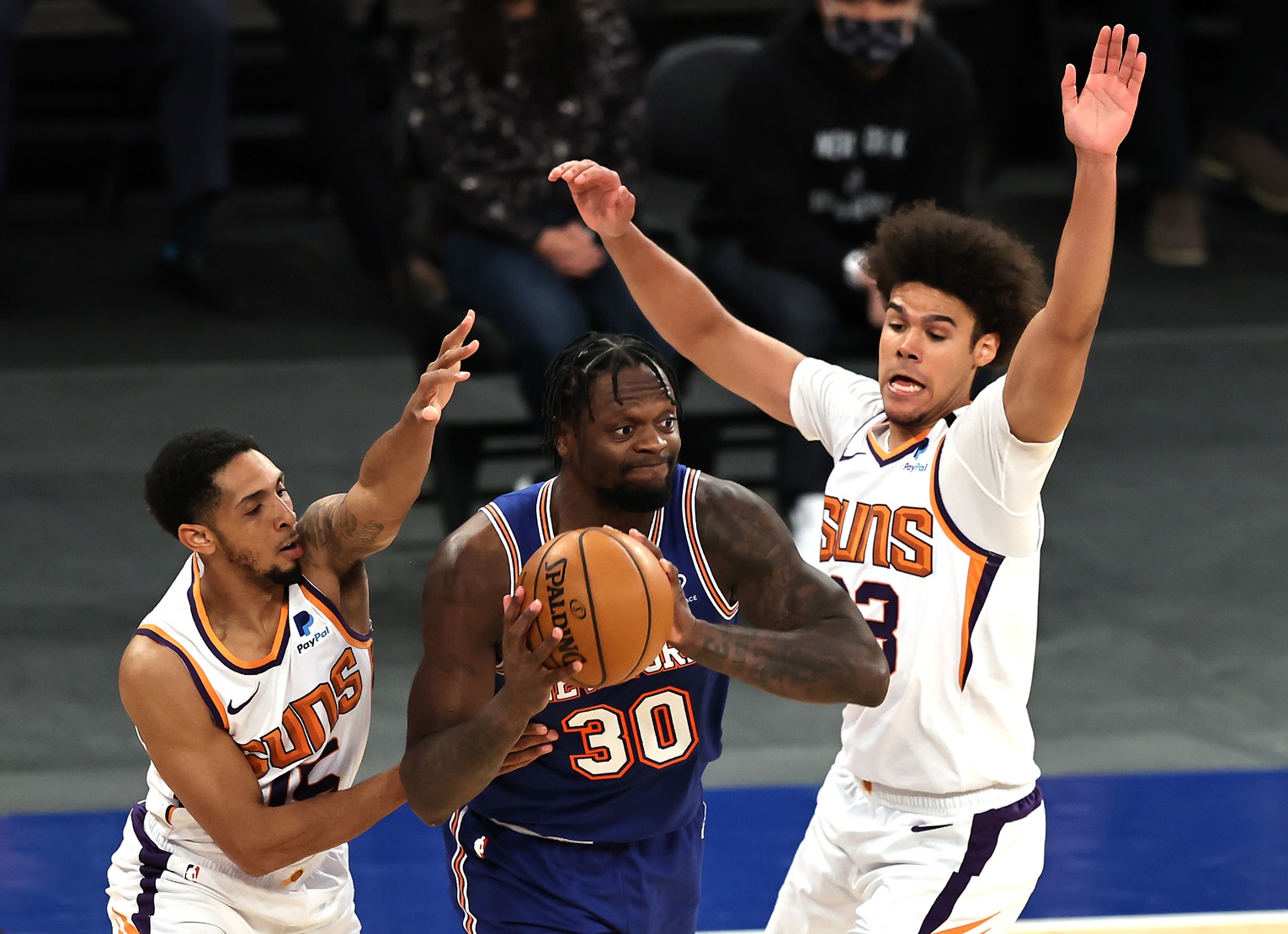 Great news for Phoenix Suns fans as starting forward Cam Johnson and backup point guard Cameron Payne returned to practice on Saturday afternoon. The two put together a full practice and all signs are pointing toward them being ready for the home opener against the Dallas Mavericks on Wednesday night.

According to Kellan Olson, head coach Monty Williams credited the strength and conditioning team for being able to get them at the spot they’re now which is a chance to be ready come opening night. “It was pretty impressive for those guys to jump right in and get after it,” said Williams. “I didn’t think they would be able to go through a scrimmage at that level and we played two full quarters and then the last quarter we played ten minutes and those guys did everything.”

Monty Williams said Cam Johnson and Cam Payne were involved in the Suns’ scrimmages today and were full participants in practice. Credited the work they were doing while they were out to keep the cardio in a good spot to be ready for that type of full bore go.

Johnson (right thumb sprain) and Payne (right finger sprain) both suffered injuries to their right hands in the second preseason game against the Los Angeles Lakers earlier this month. Now with them back in the fold with the regular season just around the corner, preseason has allowed coach Williams to figure out how he will dish out his rotations with starters Chris Paul, Devin Booker, Mikal Bridges and Deandre Ayton to start the season.

“It’s a good thing for us because Kevin (Young) and I are going to sit down in the next day or so and go through rotations and see how we want to play everyone together. And now we can start to stagger the lineups the way we want to.”

News also came out at shoot around on Saturday as backup shooting guard Landry Shamet was still out due to a hip injury that he suffered midway through preseason. Coach Williams also gave the update on Shamet’s status.

“He’s just doing a bunch of spot shots and moving around a little bit he didn’t do a ton.”

The Suns are looking to get as healthy as possible in time for their home opener and it’s trending in the right direction with the news that broke out on Saturday.