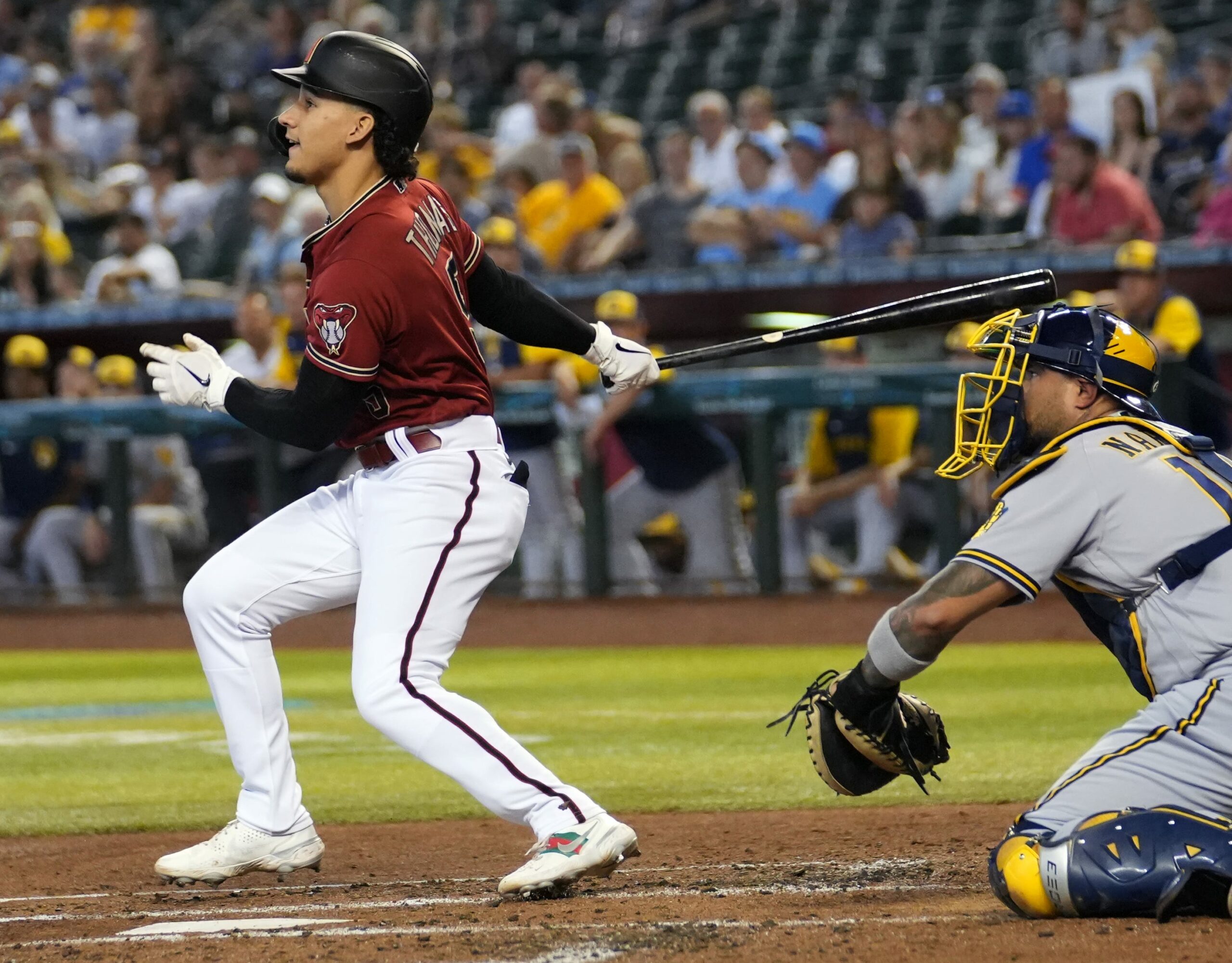 The Arizona Diamondbacks announced Monday afternoon that they optioned OF Alek Thomas to Triple-A Reno. Additionally, the Diamondbacks reinstated OF Jake McCarthy from the Bereavement list.

Alek Thomas was originally drafted by Arizona in the second round of the 2018 MLB draft. However, it was not until earlier this season that Alek was brought up to the major leagues. His time was short-lived as Thomas struggled at the plate only hitting .231 over 381 at-bats.

The Triple-A Reno baseball club voiced their excitement about having Thomas on their roster as playoffs are around the corner.

The @dbacks have optioned OF Alek Thomas to Triple-A Reno. The final piece of our championship puzzle has arrived 👑 pic.twitter.com/Rb2UOOSD3c

The Reno Aces are currently second overall in the Pacific Coast League and have clinched a playoff spot. The season will be coming to a close this week as only three games remaining.

On the other hand, the Arizona Diamondbacks were eliminated from playoff contention just last week.