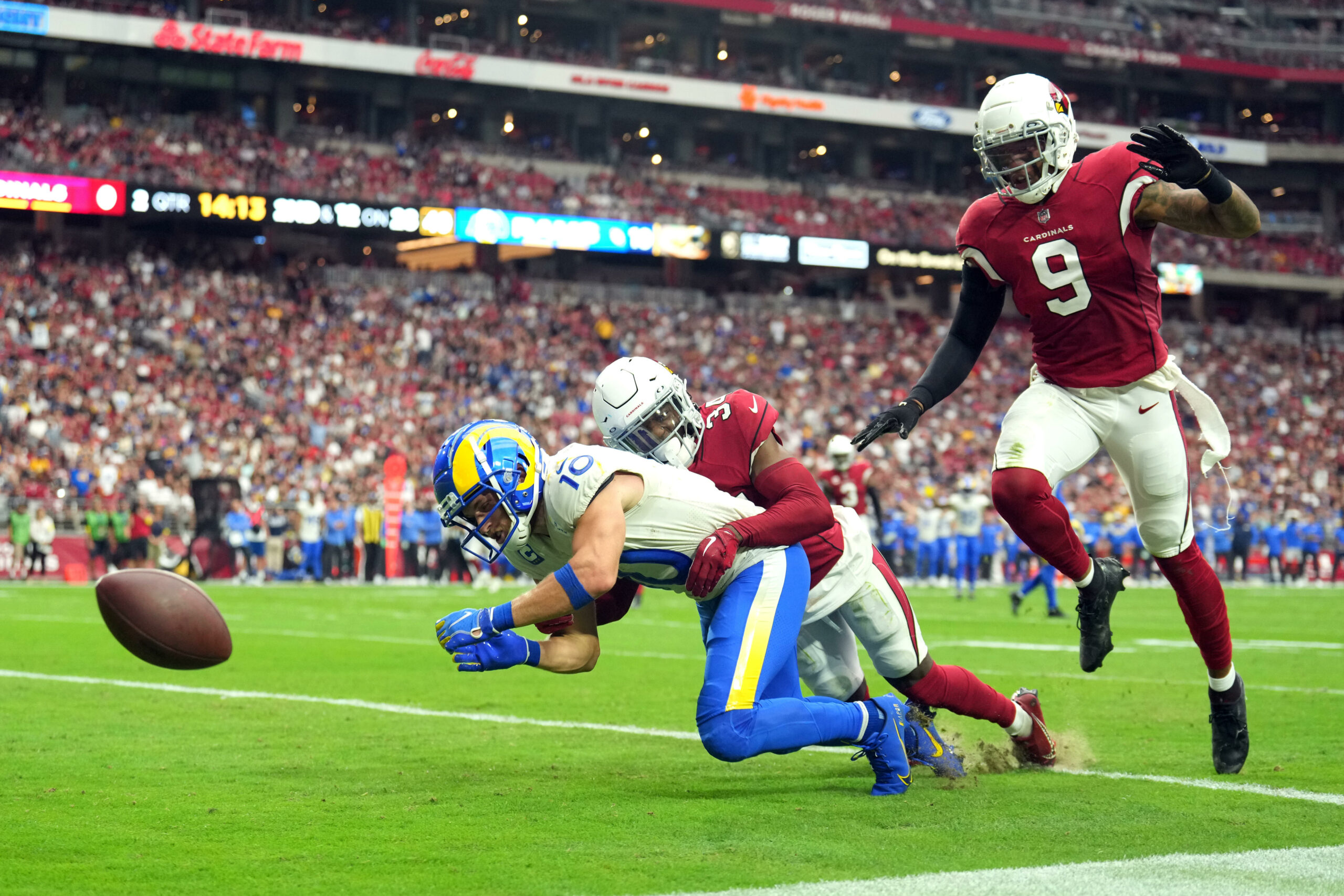 The Arizona Cardinals on Sunday fell just short to the Los Angeles Rams with a final score of 20-12. Of course, losing to your division rival and dropping to a 1-2 record is not the ideal start, but there were plenty of positive takeaways from the low-scoring matchup.

One of these would include how well the Cardinal’s defense held down the passing game.

In back-to-back weeks, Arizona has held their opponent WR1 to a very minimal number of yards. This is a great sign after the extremely worrying week one performance by the Card’s defense.

Against the Chiefs, there was no answer throughout the entire game for TE Travis Kelce. The massive 6’5 260-pound offensive weapon found himself beginning the year with 8 receptions for 121 yards and a touchdown. LB Isaiah Simmons was even demoted due to his poor coverage of the TE. Simmons went from playing 87% of defensive snaps in week one to only 22% and 33% of snaps in weeks two and three.

Whether taking out Isaiah Simmons was the answer to the Cardinal’s defense success following the week one breakdown, something changed in the following weeks.

In their matchup versus the Raiders, WR1 Davante Adams was held to only two receptions for 12 yards. This was the least number of receptions for Adams since week seven of the 2017 season. Additionally, the 5-time pro bowl WR has not had less than 12 yards in a game since week 14 of 2014. This is not including a 2015 matchup against the Chiefs where he left the game early due to an injury that caused him to miss the following three weeks.

It was the same story for WR1 Cooper Kupp last Sunday. Kupp was held to only four receptions for 44 yards. He did have a breakout run on a jet-sweep play, but the Cardinals secondary was not largely at fault. Previous to week three, Kupp was on pace to break an NFL record for most consecutive games with over 75 receiving yards. Even more astonishing, the 2021 Off. PoY had over 90 yards receiving during his 15-game streak.

The Cardinals struck an end to this incredible run. In back-to-back weeks, their defense managed to hold two of the best wide receivers in the entire NFL.

This is not something to overlook and is a great sign for the rest of the year.

James Jones on Robert Sarver: “I think that’s the best outcome, for everyone involved”
BREAKING: Diamondbacks Option OF Alek Thomas to Triple-A Reno