Seahawks Take First in NFC West After Week One 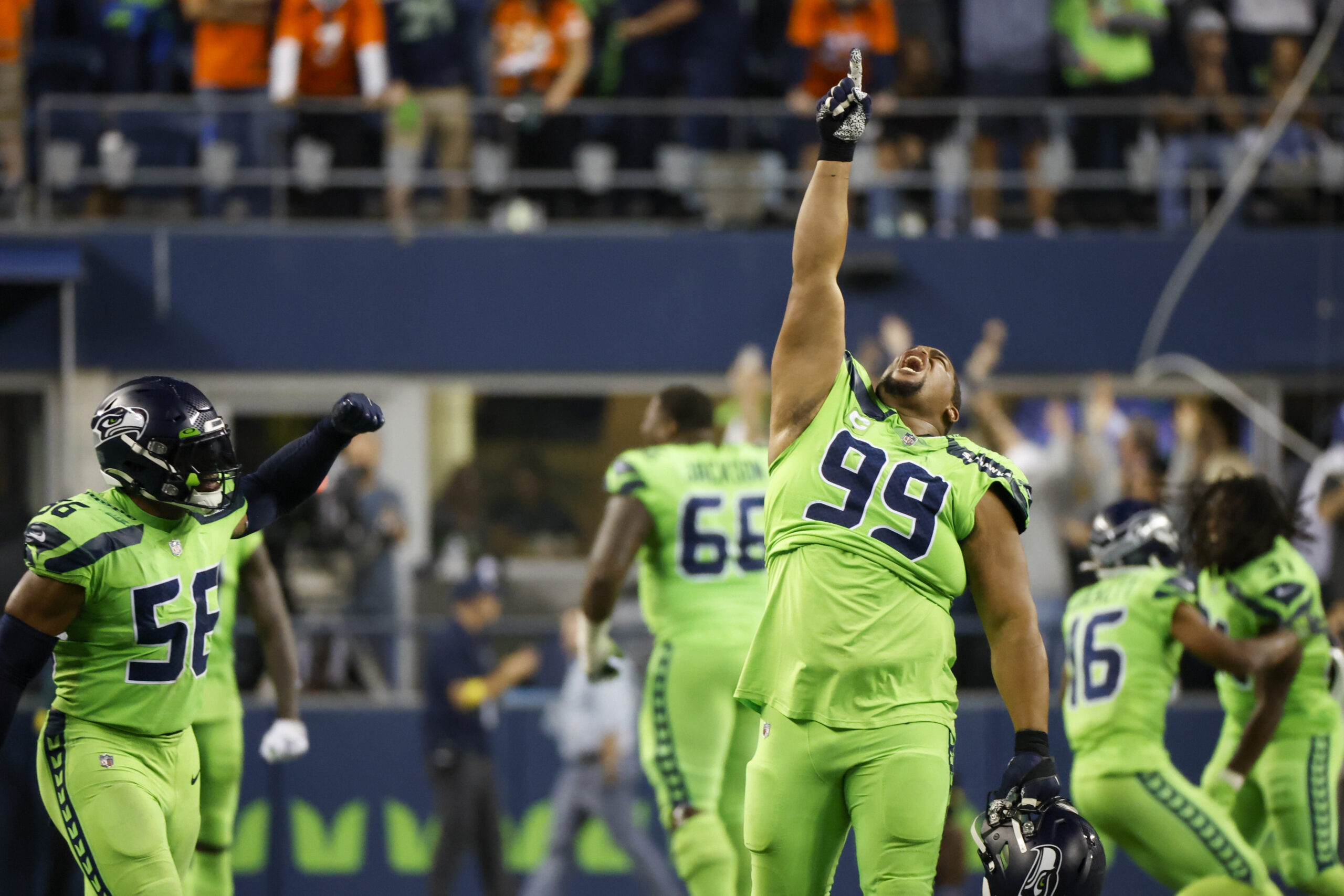 Football is back and the hype heading into week one did not disappoint. The Seattle Seahawks ended the opening weekend with a 17-16 victory over the Denver Broncos. The Monday night win gave them sole possession of first place as all other teams in the NFC West failed to start the season on a high note.

The Los Angeles Rams jumpstarted the 2022 season in a Thursday night game against the Buffalo Bills. Fresh off a super bowl win, the Rams did not perform as many expected. In a 31-10 defeat, LA failed to form any sort of running game and the defense could not hold back Josh Allen.

The Rams will face the Atlanta Falcons this Sunday as they look to bring their record back to .500. The former super bowl champions have the toughest schedule in the NFL. They will be against an average opponent winning % in 2021 of .567, just ahead of the Arizona Cardinals.

Trey Lance failed to bring home an opening weekend victory for the San Francisco 49ers. In his third career start, Lance threw for 164 yards, zero touchdowns, and one interception. The week one performance raised eyebrows on the entire 49ers quarterback situation.

San Francisco forfeited a 10-0 lead in the second half allowing 19 points unanswered. However, they do have a valid argument on the weather affecting their play. Solider Field was basically a giant slip and slide by the time the third quarter started.

The 49ers will seek to bounce back against the Seahawks in a division rival matchup on Sunday.

The Cardinals may have had the most disappointing effort out of all NFC West teams in their first game. Facing a heavyweight Kansas City Chiefs, the Cards looked flat the entire game and could not stop Patrick Mahomes one bit. Mahomes threw for 360 yards and 5 touchdowns which is still an understatement for how well he performed.

Arizona could not get anything going on offense as well. Kyler Murray did finish with zero turnovers but, the offense made it clear that they need Rondale Moore and DeAndre Hopkins. Greg Dortch stepped up in the receivers’ absences however his 63 yards was not enough to make up for the rest of the team.

The Cardinals will face the Las Vegas Raiders this Sunday. Week two is already shaping up to be a pivotal game for Arizona as momentum has quickly bolted away.

In a homecoming game for Russel Wilson, the Seahawks managed to pull away with a win. Geno Smith surprised most completing 23 of 28 and throwing for two touchdowns. With limited offensive weapons, Seattle found a way to give fans hope for the rest of the season.

Russell Wilson was not treated well by the 12th man at Lumen Field. Waves of boos welcomed him in as Seahawks fans were not very happy with him leaving over the offseason.

The Seahawks may have been the least expected team to take the top spot in the NFC West after week one. They will now look to build on the victory against the 49ers in week two followed by a home game versus the Falcons.

The NFC West sent three teams to the playoffs in 2021. The division has been thought of as one of the more competitive ones in the NFL for many seasons.

To begin 2022, they were the only division to only have one winner during opening weekend. This is excluding the AFC South which had zero teams come home victorious.

Will the NFC West be as competitive this year as they have been in past seasons?