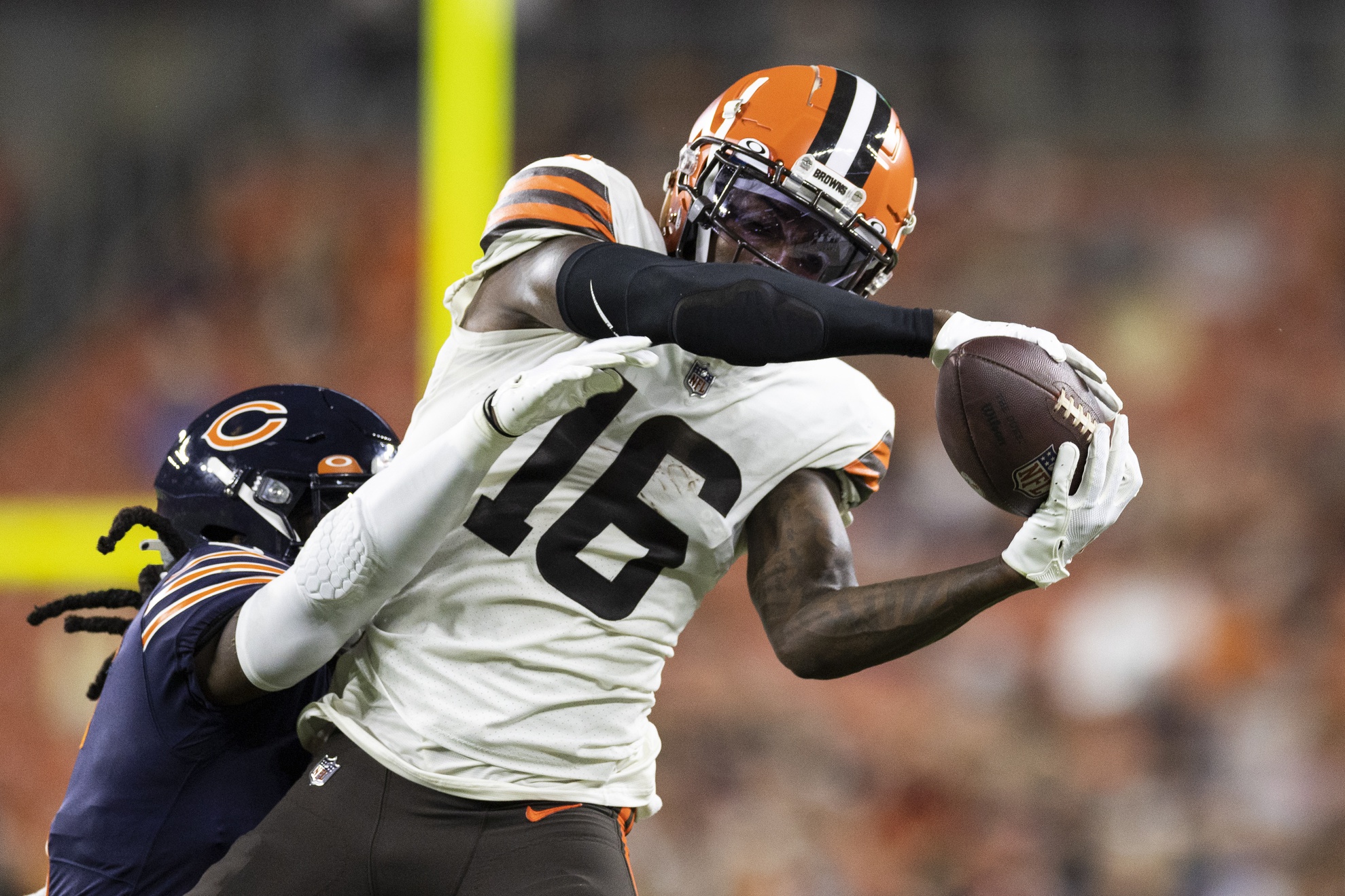 The Arizona Cardinals are looking for answers to their wide receiver dilemma at the moment. According to Pro Football Focus’ Ari Meirov, Arizona has turned its attention to wideout Javon Wims. The Cardinals brought in Wims for a workout on Tuesday.

Former #Bears WR Javon Wims worked out for the #Cardinals today. He spent camp with Cleveland.

Wims isn’t exactly a high-profile name, but given Arizona’s shortage of receivers, a gamble on Wims could be made. Wims last played in 2020,  spending his first three seasons with the Chicago Bears. Though not a primary option, Wims was a decent option in the pass-catching department.

Still, what most will remember about the 28-year-old is his controversial scuffle with C.J. Gardener-Johnson in 2020. It was one of the more peculiar squabbles that’d been seen in recent times on a field, and it would go on to murk Wims’ career.

Is it too early to panic?

Wims was able to grab a spot in training camp with the Cleveland Browns this summer. He was able to make a few good plays during preseason, some of which against his former Bears squad. Yet it wasn’t enough to stick the landing on the final roster.

A workout for Wims holds no major implications for Arizona. The coaching staff could simply be weighing out the available options while awaiting Rondale Moore’s return from a hamstring injury. Greg Dortch has shown promise through his first outing in Week 1, but the scarcity of options could play against Dortch and the defense’s attention towards him.

Wims, during his final season with the Bears, caught 6-of-12 targets for 48 yards and one touchdown.