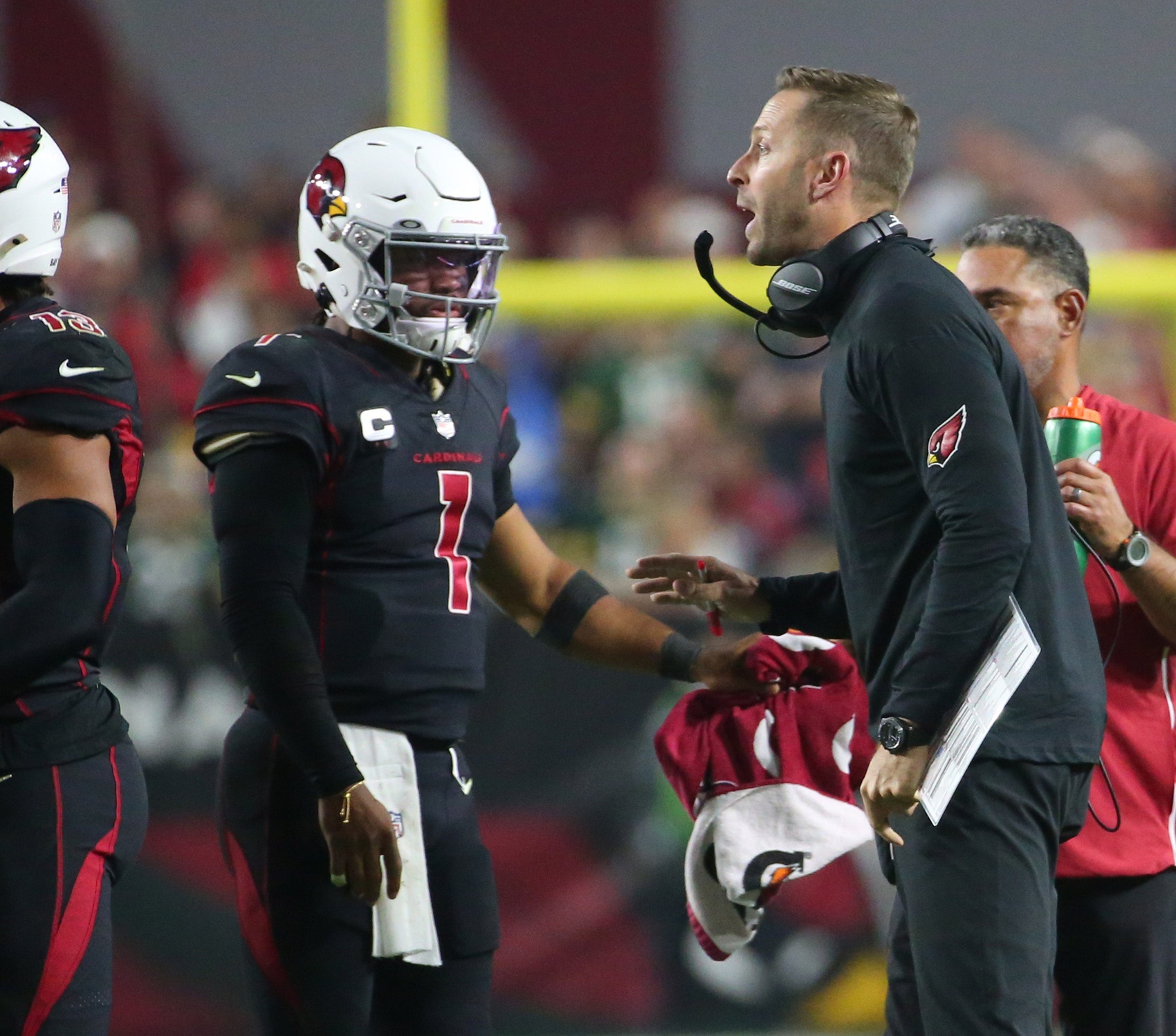 Arizona Cardinals head coach Kliff Kingsbury appeared for a press conference on Tuesday. The Cardinals are in the midst of beginning training camp, prompting Kingsbury to answer some intriguing questions about Kyler Murray.

One such question is the head coach’s thoughts on Murray’s new contract extension. Murray has a “study clause” included in his contract which has caused confusion throughout the league.

“My entire role is prayer and pleading,” said Kingsbury in regards to Murray’s contract talks, per Christopher Denson of Burn City Sports.

Kingsbury also maintains his stance that he isn’t upset on the decision when the question came on the study clause.

“No because my man’s got a quarter of a billion dollars, so you can only be upset for so long.”

Murray agreed on a massive five-year, $230.5 million extension late in July. While the immediate response was joy from most spectators from Murray, it quickly turned into bewilderment.

It was later reported that the 24-year-old quarterback’s contract included four hours of film study per week. The study time clause was met with instant jokes and memes from fans. It appears that Murray and the Cards staff are in good spirits despite the uproar however.

Murray is entering his fourth year in the league. The young field general is showing much promise in his short career, but the fanbase and front office desire more from him.

Arizona is coming off a disappointing loss last season to the Los Angeles Rams. The NFC Wild Card shutout only added to Murray’s lowly endings to seasons.

While it was thought that Murray’s future in Arizona could be short-lived, the Cardinals front office worked quickly in July to secure Murray an extension.

The two-time Pro-Bowler’s new deal will see him earn an average of $46.1 million per year. The contract also includes $160 million in guaranteed salary.

Skeptics are pondering if Murray can grow into the star quarterback that Arizona demands. He’s often slighted due to his 5’10” stature, which fails in comparison to other quarterback elites. Murray’s ability to stay consistent has drawn criticism as well.

The Cardinals are banking on Murray to lead them to a championship-a little studying could go a long way. Arizona will open their season in a preseason bout with the Cincinnati Bengals.