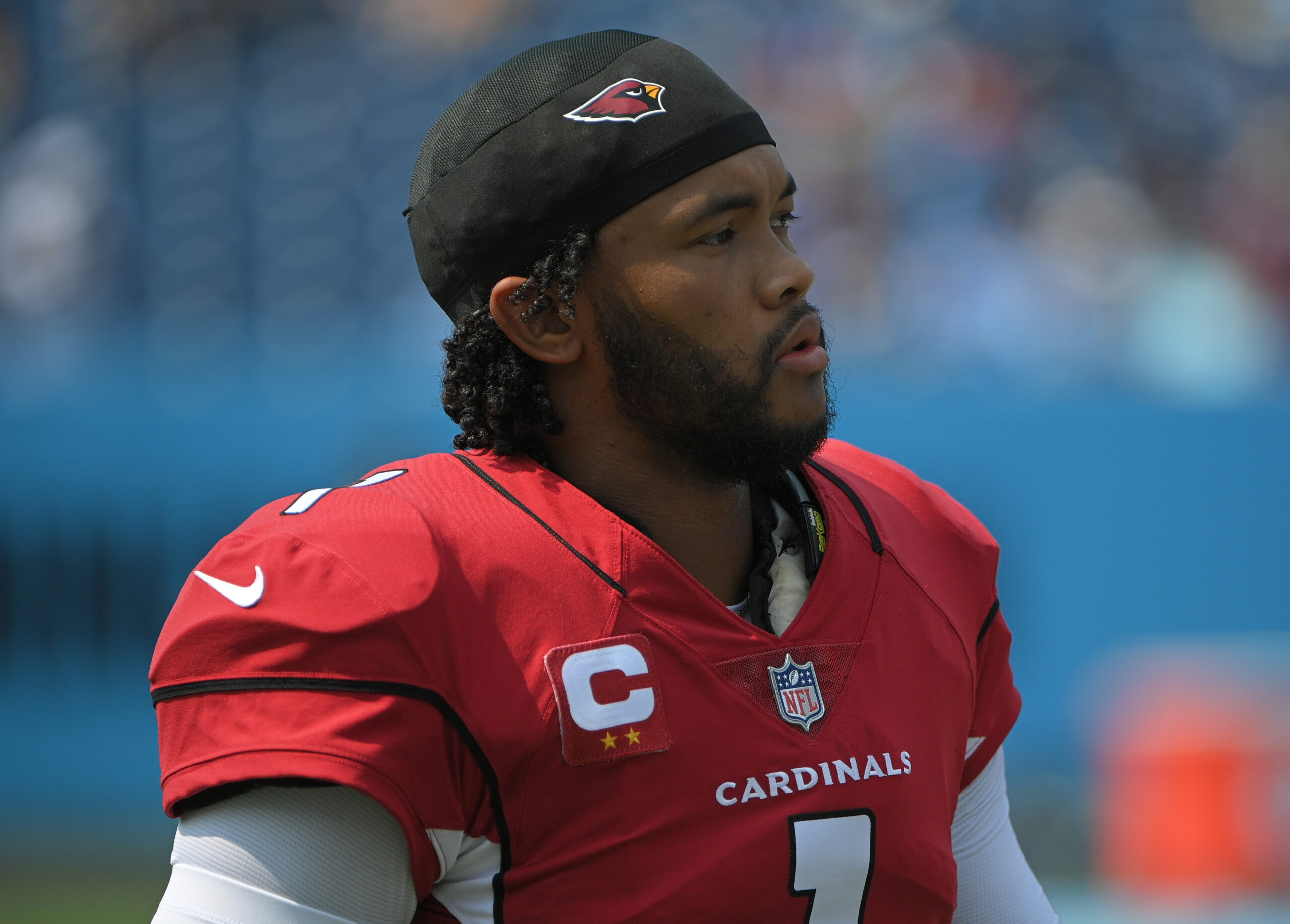 After the official signing of the $230.5 million contract by Kyler Murray, new information has fans shocked and a bit worried about the commitment of their “franchise” quarterback.

Murray put the ink on paper this Monday morning

Concerns have been expressed on social media about a few key details in the contract.

In the off-field requirements: Kyler Murray must spend at least four hours on “independent study” per game week.

Although this may seem like a normal thing, many are worried that this might indicate that the team is concerned about Murray’s commitment. You would think in a contract this large; the front office would have to remind the player to watch film….

The Kyler Murray homework clause is a colossal blunder by the Cardinals. It makes him look bad for not studying enough, and it makes them look worse for giving him all that money even though he wasn't studying enough.

The contract even focuses on the definition of study time. The Cardinals gave him two examples of what study time does not consist of (paragraph 3). 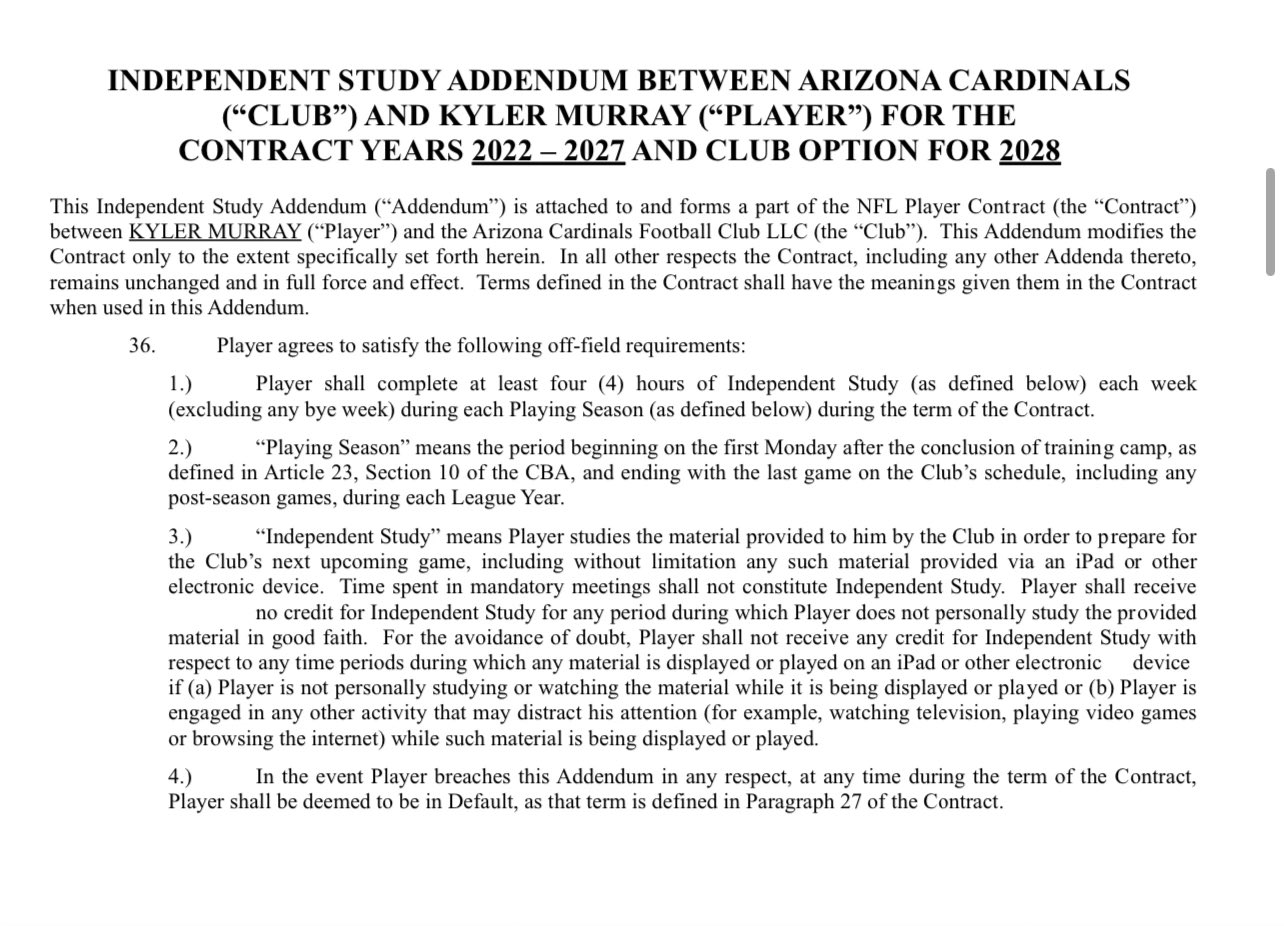 The memes have taken over Twitter as obviously, this is not a good look for the team.

How the Cardinals will make sure Kyler Murray completes his weekly studying pic.twitter.com/OyceWd4nVe

With that being said, Kyler Murray has a lot of people to prove wrong this season. The questions are everywhere regarding if he does deserve to make $230.5 million.

Should fans be worried about these additional rules in the contract?