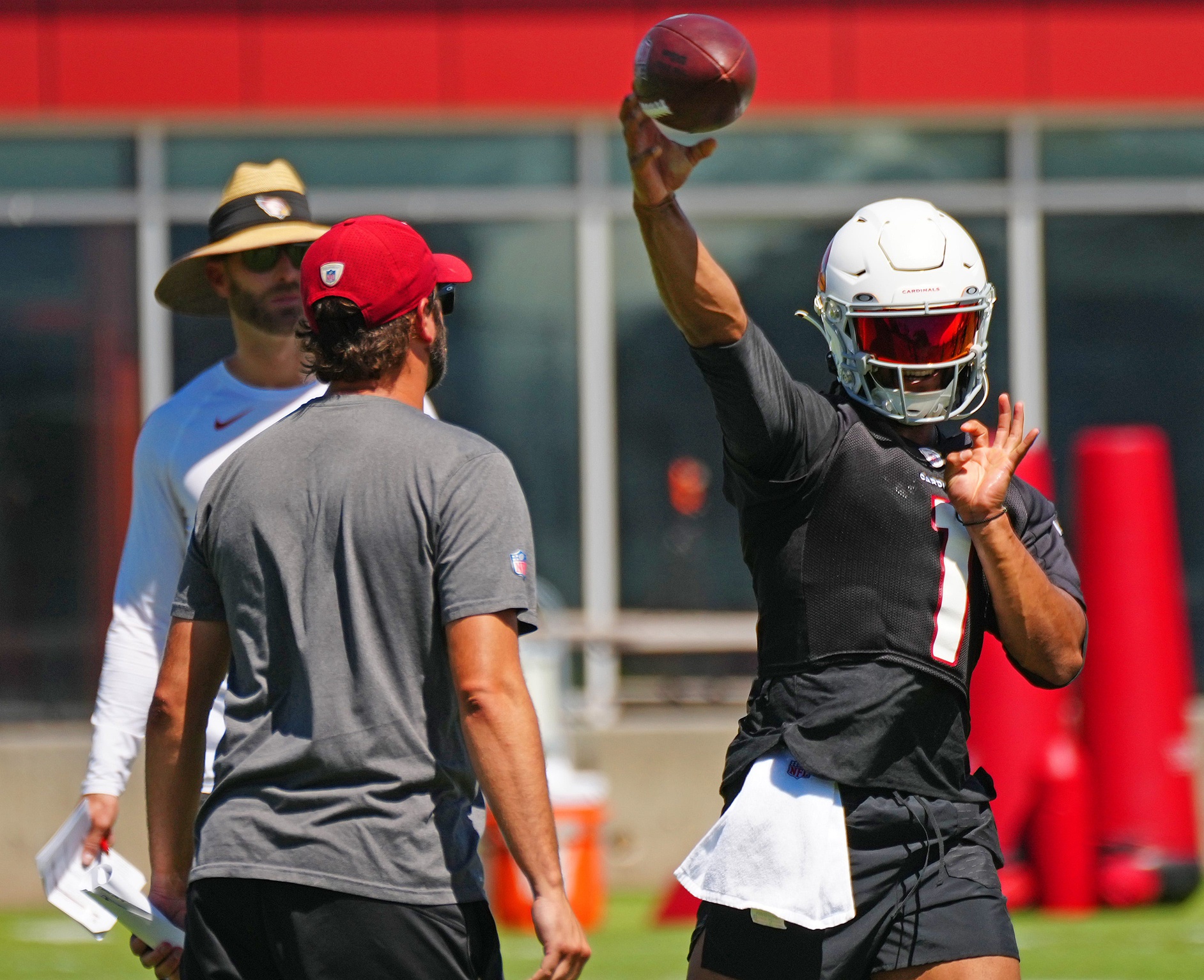 Kyler Murray and the Arizona Cardinals have been in talks on securing a contract extension for the 24-year-old quarterback.

According to reports (via ESPN’s Jeff Darlington), that extension could be done as early as training camp. Both sides hope to come to an agreement before then.

This news bodes well for the Cardinal’s front office. Murray’s relationship with Arizona has been quite murky in recent months due to a halt in contract talks and failures to make a deep playoff run.

Following the season, he made his displeasure with the organization known in February. The two-time Pro-Bowler took time to erase all team-related posts from his social media. His internet escapade left many pundits to wonder if his future in Arizona was in danger.

Thankfully, Murray has since stated on his Twitter his desire to stay with Arizona.

Arizona can lock in Murray for the foreseeable future to continue pairing with wideout Deandre Hopkins. The Cardinals have already picked up the fifth-year option on Murray, which could see him earn $29.7 million for the 2023 season. He’s only set to earn $965,000 for the upcoming season.

Regardless, if the contract talks continue to progress, the Cardinals could go into training camp with one of their biggest question marks in Murray answered.

Murray’s coming off a season in which he completed 69.2 percent of his passes for 3,787 yards along with 24 touchdowns. The Cardinals rose from their underdog status with a 7-0 start to the season.

Both Murray and Arizona’s regular season success didn’t translate to the playoffs however. The 11-6 club was ousted by the Los Angles Rams in the NFC Wild Card round.

Four Cardinals That Must Step up In Hopkins Absence
Are the Cardinals in Trouble?
Loading More Posts...