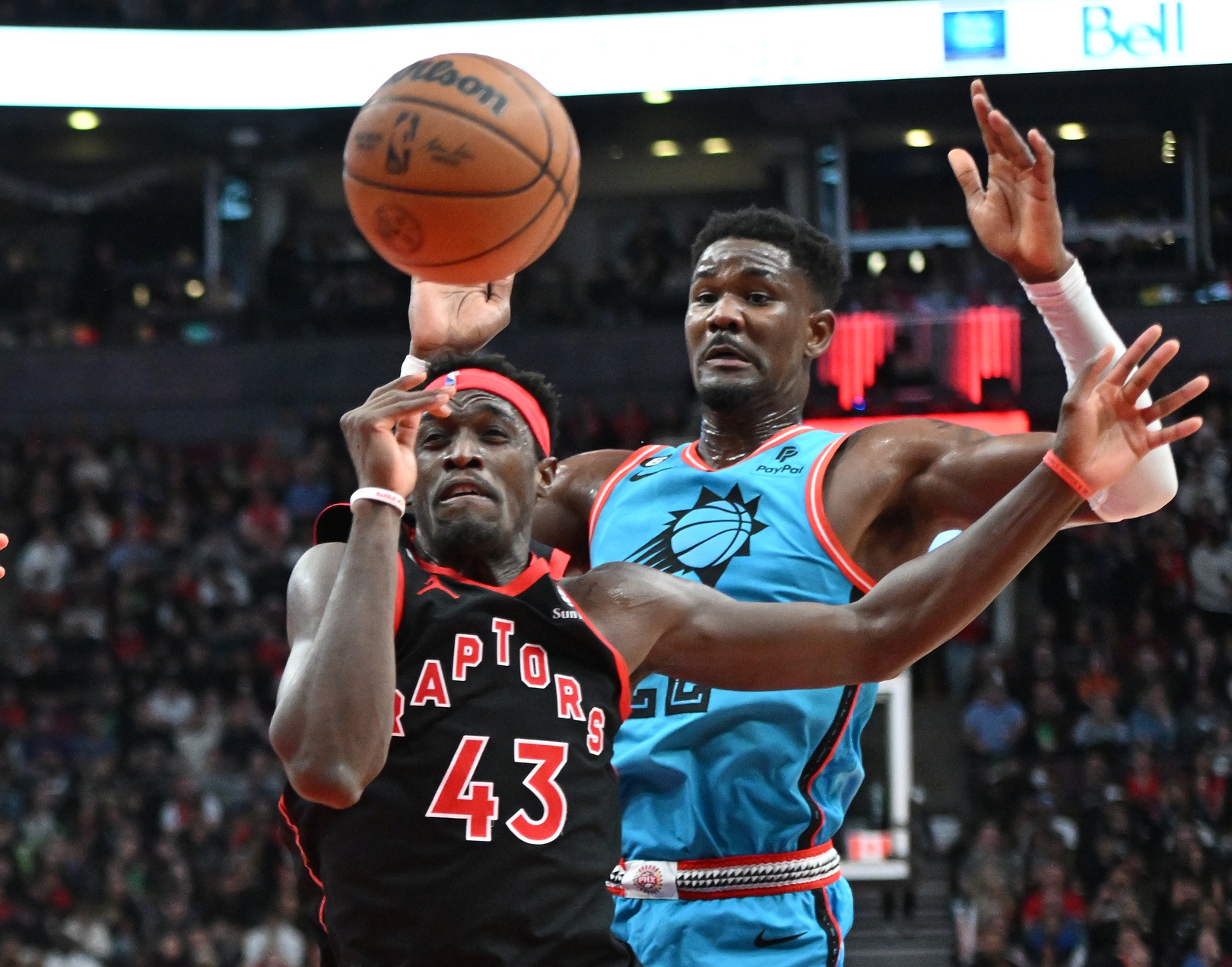 The NBA Trade deadline is right around the corner and there are so many rumors spiraling around. The latest news is coming out of Toronto as the Raptors are interested in Suns Center Deandre Ayton according to senior NBA reporter Jake L. Fischer.

The Toronto Raptors are interested in Myles Turner & DeAndre Ayton per @JakeLFischer. pic.twitter.com/7TB74ttRY4

Just a couple of days ago, Ayton’s contract allowed him to be eligible to be traded to any team around the NBA due to him getting a 20 percent raise from his max contract that he signed over the summer.

Ayton has had an up-and-down season with the Suns as he’s averaging 17.3 PPG, 9.7 RPG, 2.1 APG, and 0.7 BLKS. Those aren’t labeled as bad numbers, however, there have been many games where Ayton has scored less than 10 points and turned the ball over more than twice.

During the offseason, there were rumbles about the Suns not knowing what they wanted to do with Ayton which caused the team to let him go to the Pacers before they matched his contract to have him stay with the team.

Now with the Suns being interested in star player Fred VanVleet next summer, it isn’t a coincidence that the Raptors are all of a sudden interested in Ayton. Another report going around from Shams is that teams are monitoring the Raptors before the deadline in case they want to hit the rebuild button and focus solely on the draft.

Toronto Raptors are the ‘most fascinating franchise’ to watch before the deadline. Pascal Siakam, OG Anunoby, Fred VanVleet and Gary Trent Jr. are all being monitored if the Raptors decide to rebuild and prepare for the draft per @ShamsCharania. pic.twitter.com/BbxZ8tTt0E

Factor this in with the Ayton interest and Jae Crowder being moved soon as well, and the Suns and Raptors might be in contact a lot over the next couple of weeks.

There will be a lot more rumors over the upcoming weeks and we may be looking at this in the future and it’ll all be irrelevant. Until then we will continue to sit back and let these next few weeks play out until the trade deadline is here.

Suns Among Teams Expected to Pursue Fred VanVleet This Summer
There May Be Light At The End Of The Tunnel For Struggling Suns
Loading More Posts...