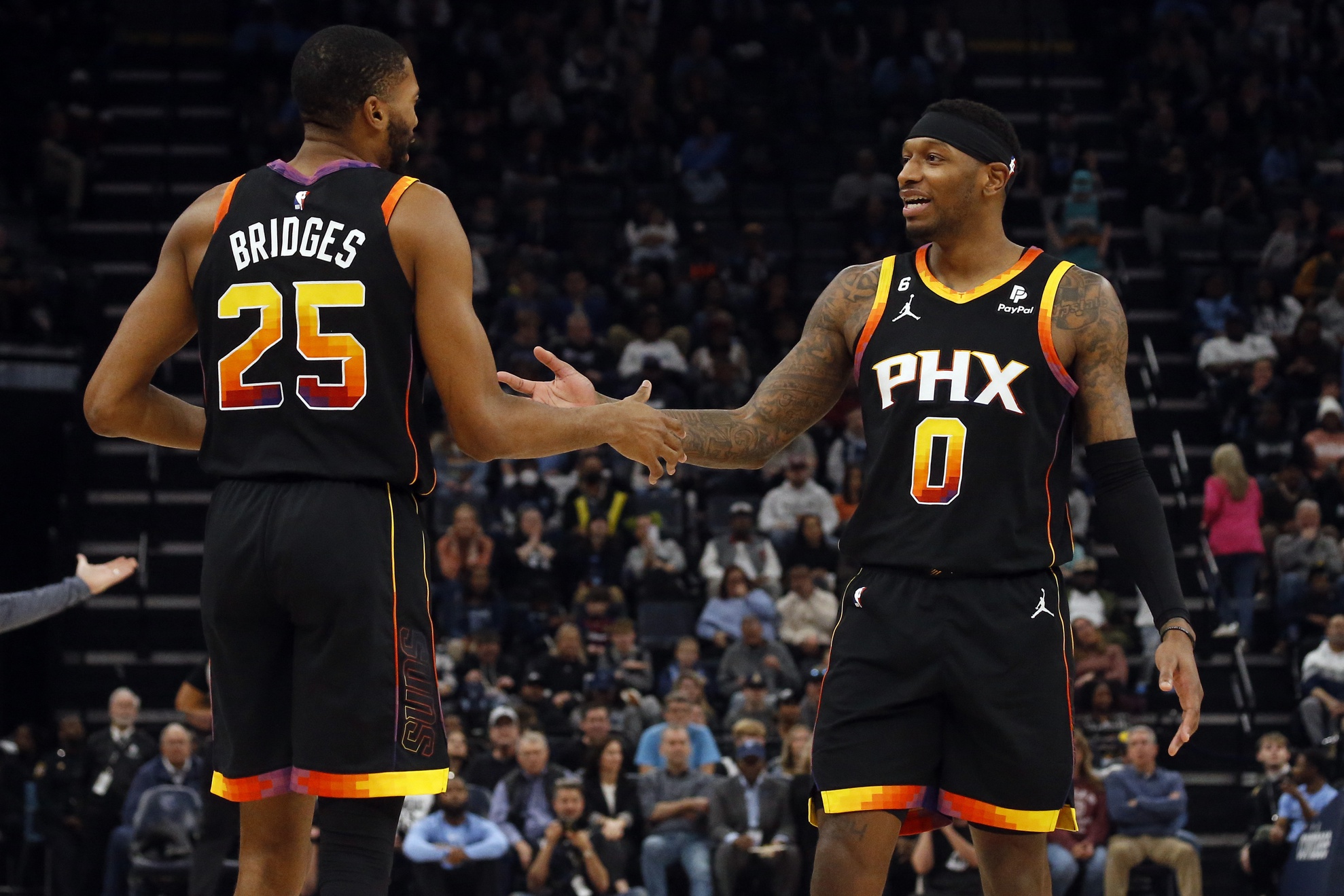 In the last month and a half, the Phoenix Suns have freefallen in the NBA standings. In early December, this team was sitting at 1st in the western conference getting ready to play the one-seeded Boston Celtics while getting veteran point guard Chris Paul back from injury.

Fast forward to mid-January and into the new year, the Suns are now sitting at 12th in the western conference, 3 of their 5 starters are injured, and they have lost 16 of their last 21 games. Oh, and they got blown out in that game against the Celtics by 27 which was their worse of the season.

With the all-star break coming up in a month, it seems like the Sun’s season slowly went from promising title contenders to people now questioning whether the team will even make the playoffs in April. For Suns fans everywhere I got news for you. There’s light at the end of the tunnel for this struggling Suns team.

In this article, I’m about to give away three observations as to why the Suns have a chance to get back in these things and why the season isn’t over yet.

Reinforcements Are On The Way:

As much as the Suns have been injured all season long, the injury bug is now starting to slowly fade away these upcoming weeks. Cameron Johnson who has been out with a right torn meniscus injury since November is expected to be back either tomorrow or this weekend during this homestand as he’s really close to returning from injury.

In an article with Bleacher Report that he did a few weeks ago, he told reporters that he is expected to return as early as January 19th which is tomorrow’s game against the Brooklyn Nets. This is huge news for the Suns as he’s one of their best three-point shooters on the team and can give them much-needed scoring that they have needed for a while.

Chris Paul who has been out with a hip injury that he suffered in a loss two weeks ago against the Miami Heat, is also expected to return at some point during this home stand. He’s been day-to-day since he injured it.

Cameron Payne is set to be re-evaluated next week after injuring his foot in a loss to the Cleveland Cavaliers a few weeks ago and Devin Booker is on a similar timeline in terms of being re-evaluated within the next week or two. Booker has been participating in shooting drills over the last couple of weeks at the practice facility which is a good sign that he’s ahead of schedule for Suns fans.

Devin Booker Rehab is ahead of schedule as he’s now apart of team shoot around as he works back from his left groin strain injury.#WeAreTheValley pic.twitter.com/zeidKQFMzg

The West is Wide Open:

Each team in the West other than the Denver Nuggets and Memphis Grizzlies remains close in the race to see who gets the final six spots in the playoffs. With reinforcements coming back soon for the Suns and with two and a half months to go in the season, they can hold out hope that they can string some wins together and get back in the race for a playoff birth.

I'm told Cam Johnson, Devin Booker, CP3 & Cam Payne could all be back over the next 2 weeks. We could finally see the actual Phoenix Suns by the end of the month and the Crowder replacement shortly after. There's light at the end of the tunnel, just gotta get through next 2 weeks pic.twitter.com/FVuBFhfCib

Jae Crowder Trade in a Couple Of Weeks:

With the trade deadline coming up in a couple of weeks, the Suns have yet to trade veteran player Jae Crowder to another team. Crowder has been sitting out since the beginning of the year and he has been on record saying that he hasn’t liked the way things have turned out in Phoenix even though he wanted to stay.

With this happening, there have been a lot of rumors over the last couple of weeks of the Suns being interested in players such as Bojan Bogdanovic, Kyle Kuzma, and so many other players that have gotten the Suns’ attention.

The key to this trade happening comes down to when will new owner, Mat Ishbia, finally take over as the full-time owner of the team. ESPN senior writer Brian Windhorst talked about how the Suns are in a tricky spot with James Jones having to answer to 3 bosses including ex-owner Robert Sarver in regard to trade talks and contract finances.

This kind of situation makes it tough for a trade to happen for any team. However, there has been news from Windhorst as well that Ishbia is putting together a great team to work alongside him at the top brass for the Suns.

Brian Windhorst was on the radio today and said that he was really impressed with some of the hires Mat Ishbia has made for the Suns already, without going into details. I assume he means hires that will take their role as soon as he officially becomes the owner.

A rough start to the year for Phoenix sports teams

It’s been a very up-and-down season so far with a lot of downs for the Phoenix Suns. It’s tough to be optimistic during such a bad month of losing, injuries, and toxic things going on in the front office.

However, with a new owner set to take over soon, with the team starting to get healthy before the all-star break, and for a trade that’s about to happen to make the team better in a wide-open western conference. There’s definitely light at the end of the tunnel for this struggling Phoenix Suns team.