Grizzlies Steamroll Suns in First Half 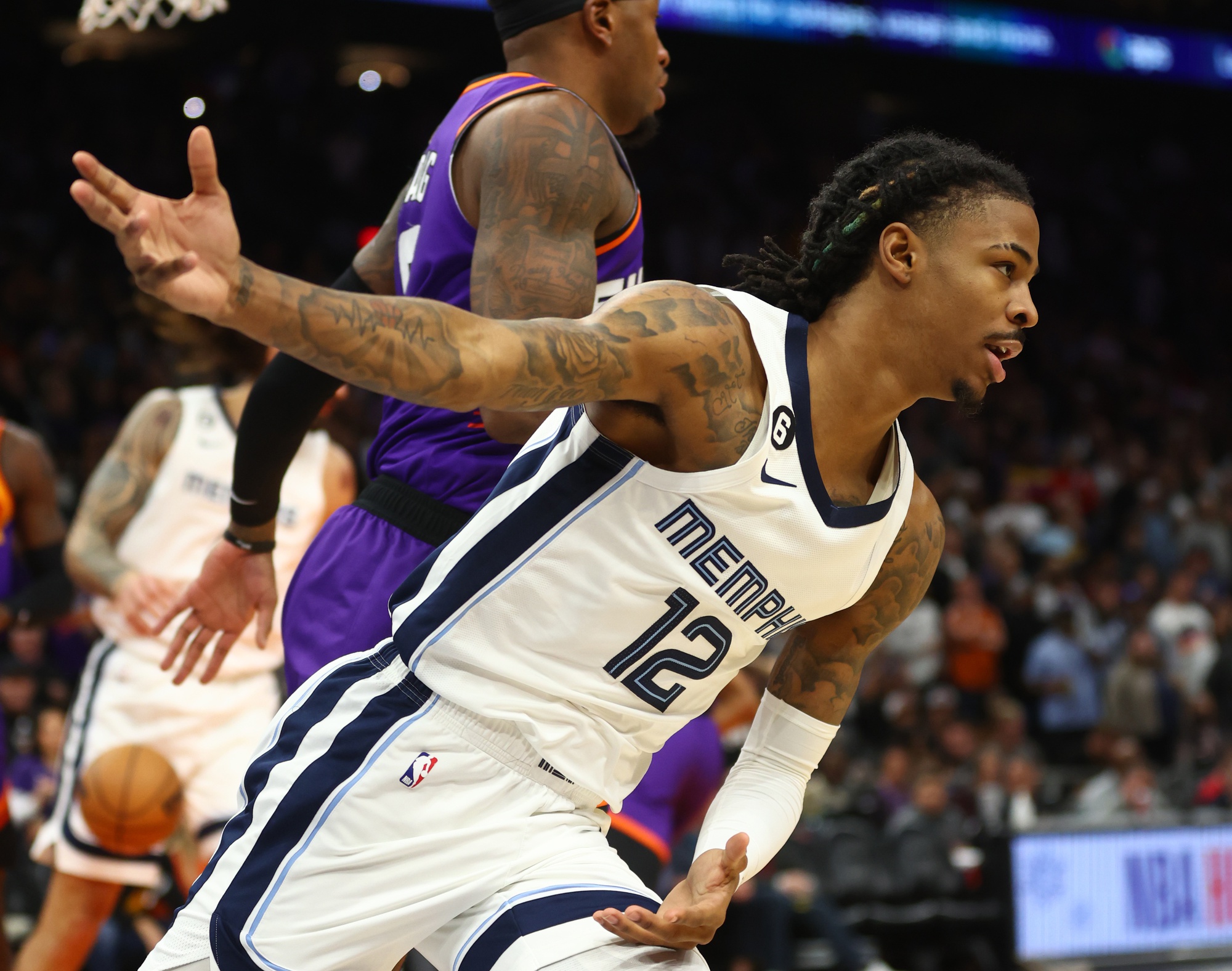 A statement win will take place in the resulting of the Phoenix Suns – Memphis Grizzlies matchup on Friday. Both Memphis and Phoenix have legitimate cases for coming out of the Western Conference from early signs of the season.

Phoenix (19-13) has won three of its last four games coming into Friday, while Memphis (19-11) has dropped its last two. Though it will be a highly spectated contest, it comes with a bitterness as Devin Booker (groin) will remain out of the lineup.

The familiar sting of Phoenix being shorthanded was felt in the first half, as Memphis led 59-38 at halftime.

Phoenix went scoreless until (9:24) in the first quarter. As such, the Grizzlies were able to go on a 8-0 run prior to the Suns’ first bucket. The Suns also had two turnovers in the first two minutes of play, allowing the Grizzlies the chance to accel on transition plays in an open court.

Memphis seemed to have every starter contributing. It was evident that the Suns may be in for a long night, given that they had no assists as time approached the end of the quarter.

Phoenix also seemed to turn the ball over in an uncharacteristically way, totaling up five during the first quarter alone.

Amongst other things, the size difference seemed to be on full display in the rebounding area. The Grizzlies grabbed a total of 18 rebounds during the quarter, with Steven Adams leading the way with seven. Deandre Ayton only had one rebound on the other hand, with the Suns seven.

It was truly an average showing from the Suns, and it magnified the importance of more shot creators besides Paul being present.

Phoenix carried over the same lackadaisical momentum into the second quarter. Without much of an answer for Memphis’ paint presence, the Suns seemed a ways off from ever cutting into the lead.

Rebounding continued to be an issue, as the oversized Grizzlies outrebounded the Suns 35-16 at the end of the quarter. Memphis also continued to take care of the ball for the better part of the half, limiting turnovers to only four.

With Booker sidelined, much of the leadership burden rests with Chris Paul and Ayton. Ayton has been less than favorable thus far, scoring only six points and grabbing two rebounds for the half.

Paul also had a similarly quiet half with six points and two rebounds. Landry Shamet led the Suns in scoring with eight points on 3-of-8 shooting.

The Grizzlies didn’t impose a huge scoring run during the first half of the quarter, yet the Suns couldn’t find a way to downsize their lead. Adams continued to be a hounding presence on the glass, practically making Ayton seem invisible at times.

Losing to a fellow title contender is reasonable, but if the Suns are defeated in this fashion, it won’t be washed away so easily.