Suns Vs. Grizzlies Preview, Predictions, Odds Ahead of Tonight’s Game 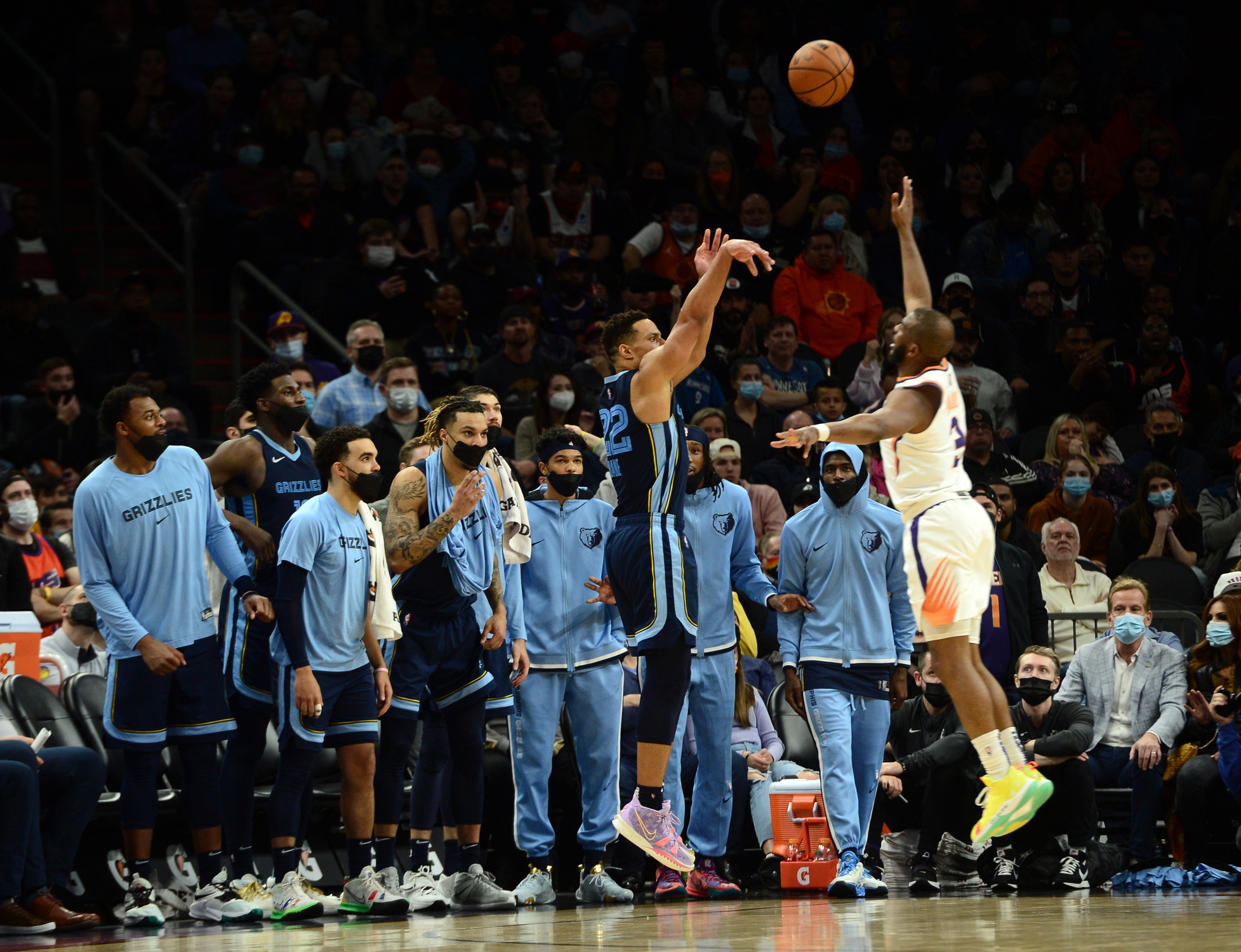 Tonight the Phoenix Suns take on the Memphis Grizzlies in a marquee matchup during the early portion of the season. This is the first time both the Grizzlies and the Suns are meeting up so far this season.

The Grizzlies are coming off of a huge loss against the number one seeded Denver Nuggets. Star player for the Grizzlies Ja Morant dropped 35 points and 10 assists while the second leading scorer on the team Dillon Brooks had 11 points. The Grizzlies didn’t shoot the ball well as they were 44% from the floor, 66% from the foul line and 19% from three. They played stellar defense getting 11 steals and 7 blocks but it wasn’t enough against Nikola Jokic and co. As they ended up losing 105-91 and have now dropped two games in a row.

As for the Suns they’re also coming off of a huge loss against the Washington Wizards. The leading scorer for the Suns in that game was Landry Shamet as he dropped a career high of 31 points and tying a franchise record of 9 three’s. Deandre Ayton also had a solid game with 30 points and 13 rebounds. The Suns shot the ball well as they shot 46% from three and 85% from the foul line. But they got out shot at the free throw line and collapsed in the fourth quarter on defense giving up 33 points. The Wizards also had 9 steals as the Suns turned it over 14 times. They ended up falling 113-110 and snapped their 3 game winning streak.

Here’s a preview ahead of tonight’s game between the Phoenix Suns and Memphis Grizzlies.

The Phoenix Suns are going to be without a few key players for a third straight game as star player Devin Booker is still out with a groin injury that he suffered in a win against the New Orleans Pelicans last Thursday and guard Cameron Payne is also out with a foot injury that he injured last Tuesday in a loss against the Houston Rockets. Jock Landale and Josh Okogie are questionable for tonight’s game after both missed last game against the Wizards.

As for the Memphis Grizzlies, they will be without Danny Green for tonight’s game who is out with a knee injury and Desmond Bane is questionable tonight with a toe injury. Bane has missed the last 27 games with this injury and before that he was having an All-star caliber year for the Grizzlies averaging 24.7 PPG and shooting 45% from three on 8.5 attempts.

Desmond Bane before his injury:

If the Grizzlies can get Bane back tonight, that would be a huge plus to their starting lineup as he’s one of the best three point shooters in the league. They’re one of the best overall teams in the league as they rank top 5 in both offensive and defensive net rating. The only place they have struggled is at the three point line which is why it’s huge if Bane can play in tonight’s matchup. The Suns on the other hand are top ten in both offensive and defensive rating but they struggle in terms of getting to the free throw line. The Grizzlies don’t shoot the ball well at the line but they do a good job at getting to the foul line as they rank 7th in free throw attempts.