The Chris Paul and Jose Alvarado Rivalry Is Heating Up 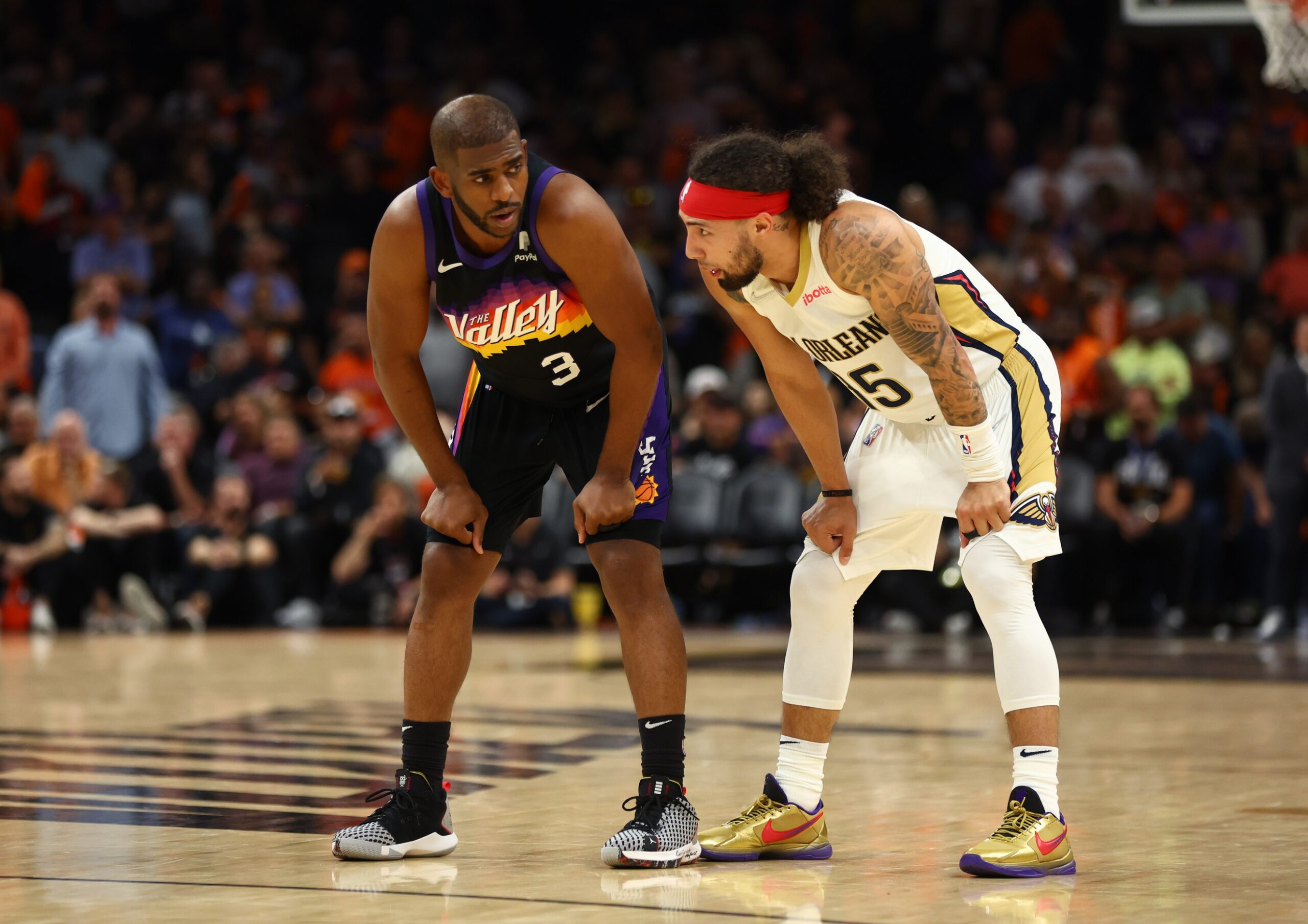 It’s quite fascinating that both teams are about to meet again in a day at the same arena. You would think that playoff basketball has already started between the Phoenix Suns and New Orleans Pelicans, especially after last night’s game that featured a last-second Zion Williamson dunk that made the benches clear after the game.

What started the benches-clearing incident was Suns guard Chris Paul and Pelicans guard Jose Alvarado talking back and forth to one another after the dunk which forced both the coaching staff and players from each team to walk over to step in to de-escalate the incident even further.

Jose Alvarado’s hate for Chris Paul matches my levels of hate for the most mundane things in life. pic.twitter.com/sA8xwYmgs9

After the game was over Chris Paul was asked about the incident between him and Alvarado and what led to Alvarado and him approaching each other and he didn’t have much to say about the interaction that happened between them.

“I don’t know, let’s just play ball… You got to ask him. I’m just out there playing ball.”

Before the game, Alvarado was questionable with a right rib contusion. According to Alvarado himself, that wasn’t going to stop him from suiting up and playing against the future hall of Famer.

“Yeah, I wasn’t sitting at home 100%. Not to care about anyone else but if that person plays I’m playing.”

Alvarado was also asked similarly to Chris Paul about the incident that occurred between the two players and he gave a similar response to Paul.

“Yeah, we just gon’ play basketball… Like I said I don’t even want to talk already about it I just want to talk about the team and the win that we got. That’s just something else that I did with myself.”

I found three videos that encapsulate the rivalry between both players and why the rivalry is only growing.

In the video below Chris Paul fouled Alvarado after a made layup after he was trying to set a screen to free Devin Booker up for a potential fast break bucket.

In the second video, The Suns got called for over and back half-court and in that video, you can see Alvarado attaching to Paul’s hip while defending and even trying to steal the ball from him after the play was over which led to Paul saying something back to him.

In this final video, Alvarado forces Paul to take an eight-second violation after a rebound while not making things easy for the veteran point guard. This caused Paul to get a technical foul after disagreeing with the ref on the play.