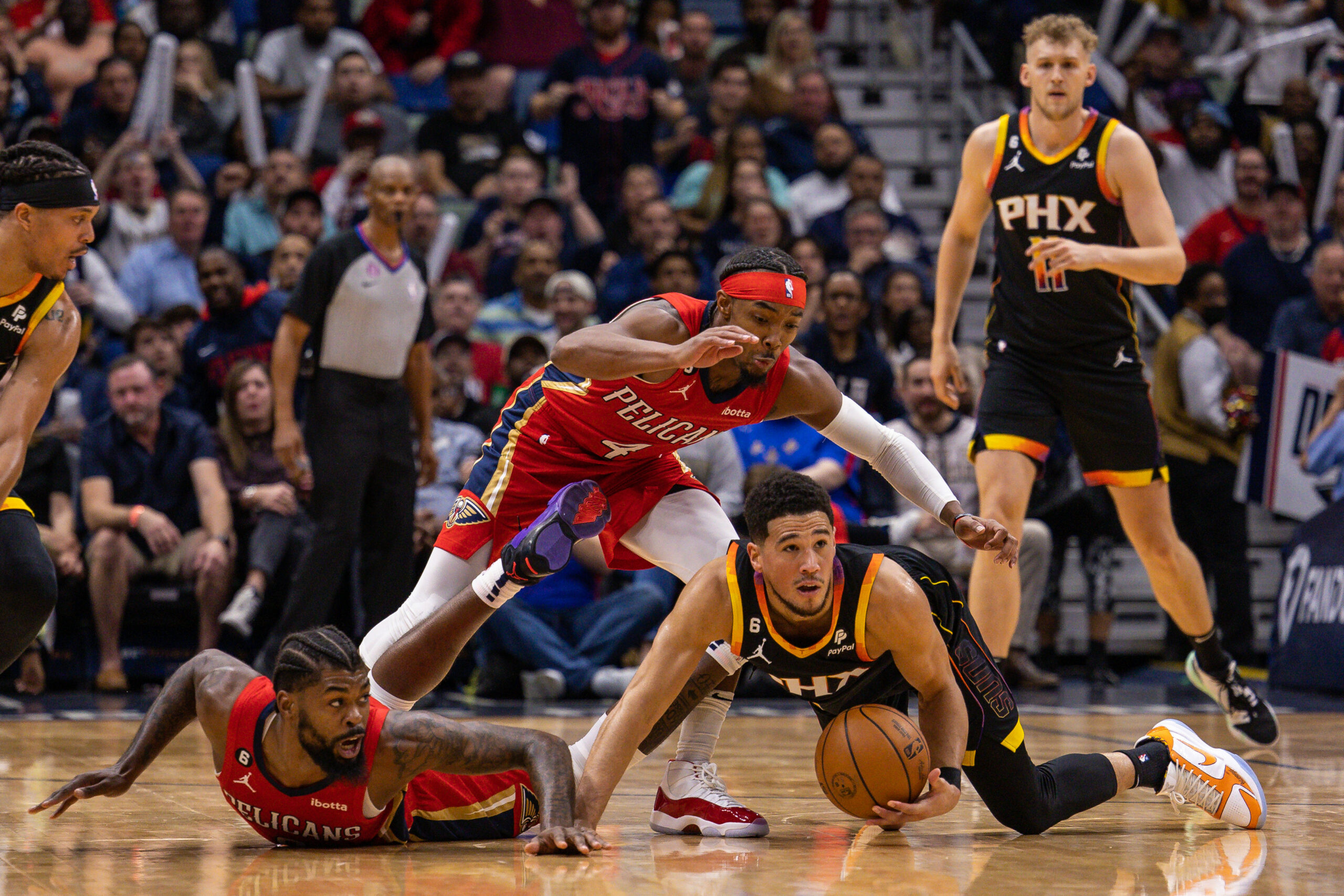 This week hasn’t been too kind to Devin Booker and the Phoenix Suns and the All-Star shooting guard just took another hit to the week as he’s day-to-day with a left hamstring tightness according to head coach Monty Williams that puts his matchup against the Pelicans tomorrow in question.

The hamstring appeared to tighten up again during  a steal and fast break breakaway layup by Zion Williamson. Booker appeared to be running in fast pace and then all of a sudden he appeared to slow down as he got past half court in what hampered him throughout the remainder of the contest.

You could see Devin Booker couldn't run full speed in transition on the Zion steal in the 4th quarter. Unfortunately it looks like he might have tweaked his hamstring. If he is not right he needs to be shut down. It's way too early in the season to risk further issues! pic.twitter.com/sKZDIrOzDd

It also hasn’t been a good week for Booker as over the last three games he’s averaging only 14 points per game, 5 assists per game, 3 rebounds per game all while shooting 31% from the floor and 25% from three.

The Chris Paul and Jose Alvarado Rivalry Is Heating Up

Booker if he can play tomorrow will have time to write his wrongs in a rematch against the Pelicans tomorrow at the smoothie king center. We will keep you updated with his availability ahead of tomorrow’s game.

Rondale Moore is Out for Monday
Suns Vs. Pelicans Ready For Round 2 At the Smoothie King
Loading More Posts...