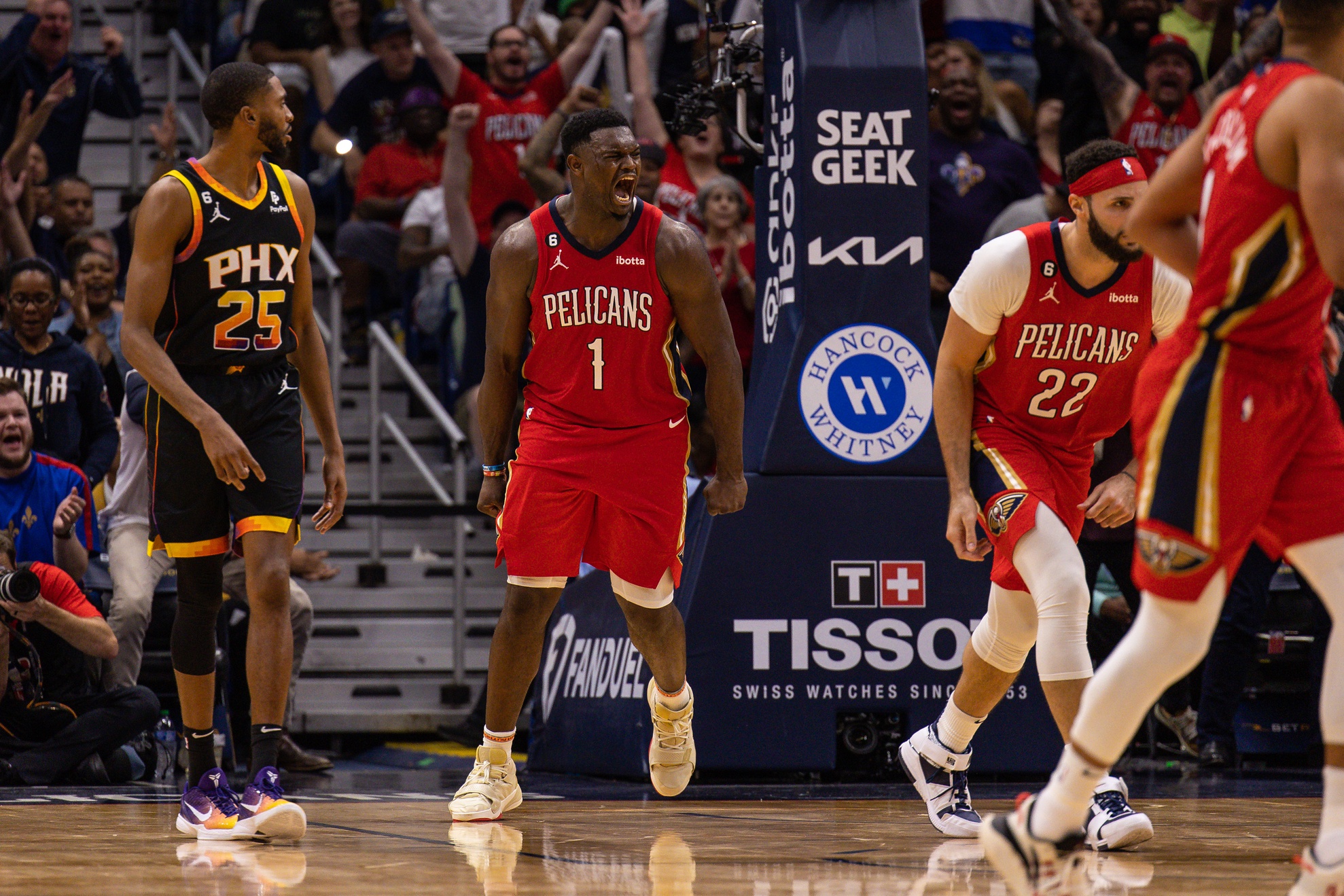 The Phoenix Suns lost in heartbreaking fashion to the New Orleans Pelicans by a final score of 128-117 but the game didn’t end without a little back-and-forth yelling and arguing after Pelicans superstar Zion Williamson did a 360 dunk with 1.9 seconds left on the clock while they were already up 9.

The first player to take exception was Suns point guard and former New Orleans player Chris Paul as he and guard Jose Alvarado were seen arguing after the play as the two had to get separated before both Pelicans head coach Willie Green and Suns guard Cameron Payne along with a couple of Suns assistant coaches started arguing back and forth while players and Suns head coach Monty Williams had to separate them.

Chris Paul’s reacted to the incident after the game and had this to say in regard to the Zion Williamson dunk late in the contest.

”Yeah I don’t mind it, it is what it is. That’s why these games are on ESPN after a hard-fought playoff series.”

Suns head coach Monty Williams was also asked by reporters after the game about Zion Williamson’s dunk and he as well didn’t have a problem with the dunk or the arguing after the game as he laments to this stuff being a part of the game of basketball.

“That stuff doesn’t bother me at all man it’s a part of basketball. It wasn’t that big of a deal. It was a bunch of guys out there yelling and screaming and not even pushing just everybody trying to stand their ground.”

On the other hand, Suns guard Cameron Payne took exception to Zion Williamson’s dunk late in the game and didn’t mince words on how he felt about the play.

Pelicans guard C.J. McCollum heard about Payne’s comments and didn’t hold back on what he felt about what the Suns team should’ve done to stop it.

“They got to get back on defense if they don’t want us to dunk the ball.”

Williamson was without question the star of the game as he dropped 35 points on 13-17 shooting from the floor. He too was asked about the late dunk he did and he had some interesting words that help breakdown the upstart rivalry between the Suns and the Pelicans.

“That was a little out of character for me. But you gotta understand, I mean you can understand it or not they sent my teammates home last year. I missed all of last year, I got carried away a little bit. I admit that. But I was in that locker room, my brothers were down because the Suns sent us home last year that’s a tough moment to be a part of. So in that moment, I got carried away I admit that.”

"That was a little out of character for me. But you gotta understand, they sent my teammates home last year… But I was in that locker room, my brothers was down because the Suns sent us home last year."

Williamson missed all of last year with a foot injury. And while watching his teammates get bounced by the Suns in six games last year in the first round, you can understand why it meant so much to him to get a win for his teammates and organization. Both teams are already similar in play style and scheme being that head coach Willie Green was an assistant coach for the Suns just a couple of years back. Add on to the playoff series and what Williamson has done with this dunk, and we have big rivalry brewing right before our eyes and that’s good for the NBA.

The Pelicans and Suns meet up at Smoothie King Center again tomorrow at 1:30 PM and it should be another well-fought game between two of the best teams in the western conference.