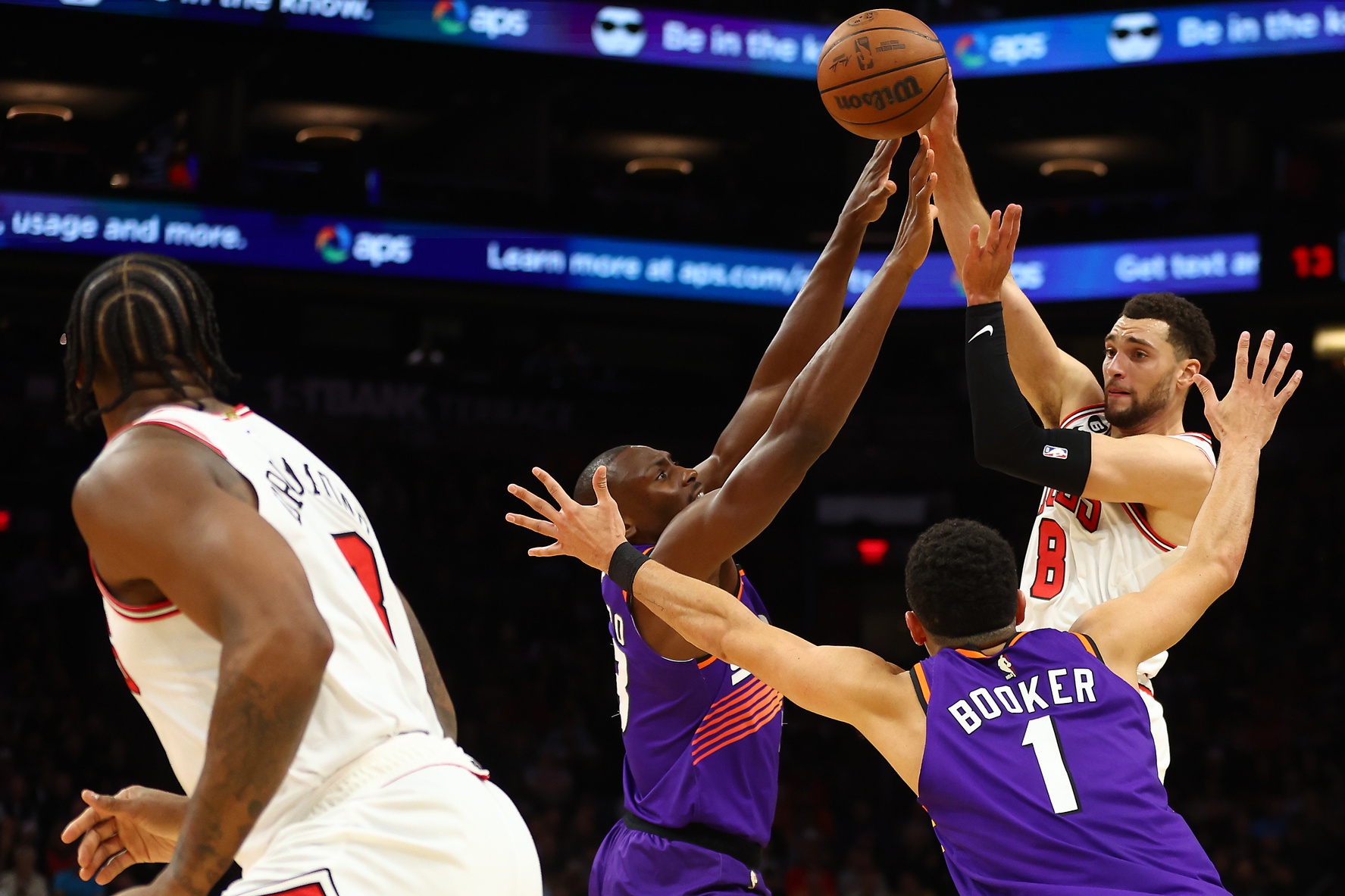 The Phoenix Suns have a chance to extend their winning streak to six on Tuesday as the Chicago Bulls visit. The Bulls are currently 4-11 as they struggle to put together consistent wins early in the season.

Phoenix, despite injuries, has thrived throughout the season. Both Cameron Johnson (meniscus) and Chris Paul (heel) are out of the rotation currently. As such, key role players have had to step up in their absence.

The Suns are looking to make short work of the Bulls, as they lead 64-43 at halftime.

Devin Booker has continued to be the central piece for the Suns with Paul on the sidelines. The star guard shot 4-for-6 from the field for 9 points during the first quarter. Booker also dished out three assists.

Deandre Ayton continued his efficient scoring as well, notching 11 points on 5-of-7 shooting.

Phoenix found a bit of foul trouble, tallying up eight fouls for the quarter. Keeping the Bulls out of the bonus will be critical for the remainder of the game. DeMar DeRozan averages nearly eight (7.9) free throws per game, which could be an issue later in the contest.

DeRozan was able to put up eight points in the first quarter, while his running mate Zach Lavine was held to five first-quarter points.

Getting to the free throw line should be a point of emphasis for the Suns, as they only attempted two free throws in the quarter.

The Suns were able to get some efficient scoring from the bench through the second quarter, though maybe not at a high amount.

Both Damion Lee and Landry Shamet combined for all the Suns’ bench scoring with 12 points.

Ayton was continuing to win the battle of the bigs over Nikola Vucevic. Ayton was up to 16 points to go with nine rebounds in the first half.

Mikal Bridges has been fairly quiet despite his successful nights in recent memory. Bridges only tallied four points while going 2-for-6 from the field during the first half. Despite Booker and Ayton’s captivating leadership, Bridges is an integral part of the Suns’ core.

The Suns have put their stamp on the game early, making sure to leave Chicago in the rearview during the half. Shooting has been an issue for Chicago on Monday. The Bulls have shot 7.1 percent from three-point range, which has certainly increased their deficit.

On the opposite end, the Suns have been selective with their three-point shooting. Phoenix is up to 42.9 percent from deep, creating a huge disparity between the two clubs.

Booker continued to look unstoppable, as he was up to 25 first-quarter points.

If the Suns can continue this momentum, it may be an early night for the starters.