PREVIEW: Suns Travel To Minnesota After Tough Loss in Philadelphia 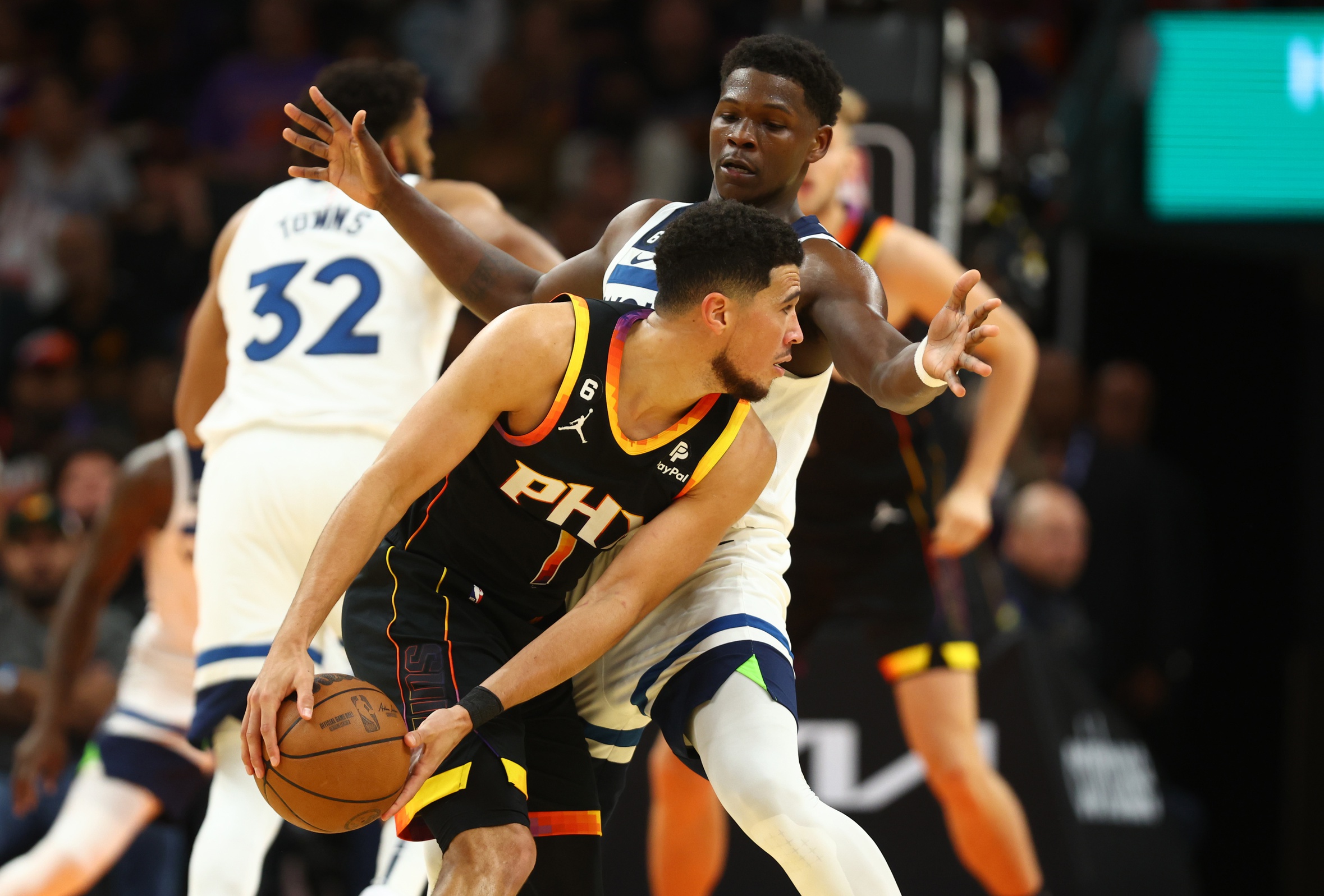 The Phoenix Suns sit at 7-3 after a tough loss to the Philadelphia 76ers on Monday night. A loss that saw veteran point guard Chris Paul (who is questionable for tonight’s game) had right heel soreness during the game that sat him out due to caution.

Now, the Suns are looking to get back in the win column in today’s matchup against the Minnesota Timberwolves who sits at 5-6 and a team that they beat earlier this year back in Footprint Center. Here are key takeaways to see in tonight’s head to head matchup.

As said earlier, Paul is coming off of right heel soreness just two games ago in a loss to the 76ers. A similar injury that sat down Cameron Payne for a little bit in last week’s matchups to the Portland Trail Blazers. Paul is a reallly tough competitor that has been able to play through injuries before. However, I wouldn’t be shocked if head coach Monty Willliams sits Paul down tonight for rest so he wouldn’t aggravate the injury even further.

Paul is already questionable for tonight’s game and if there is a potential abscence with Paul out tonight, Cameron Payne would be in line to step up into the starting role which would make the bench depth even more thin for tonight’s matchup. Shamet would then move into the backup point guard role and it would have to make Phoenix play a little more small against a big body team like Minnesota. They will miss a lot of the playmaking ability Paul brings to the floor if he were to miss tonight’s game.

With all these injuries in the starting lineup this provides the next takeaway from tonight’s game….

Who Will Step Up Along Side Devin Booker

Devin Booker has been off to a fantastic start to the season wracking up 27.1 point per game which ranks 10th in the league and is top 3 in the league in plus/minus scoring at +113. But even with Booker playing like an MVP candidate, he can’t do it all on his own. I look for a player like Deandre Ayton who didn’t play against the Timberwolves in their last mathcup to step up as the number two threat to help offset the attention thrown at Booker.

Ayton over the season is averaging just 15.3 points per game and only 0.6 blocks. However, according to statmuse, in games where Ayton plays more than 20 minutes, he averages 18.5 points per game while shooting 60% from three and 80% from the free throw line. I expect Ayton to play more than 20 minutes tonight and have a big impact with a lot of starters missing. The key for Ayton will be foul trouble.

Another player that will have to step up is Mikal Bridges who is top 5 in plus/minus with +108 and is having a career year so far with 14.9 points per game and averaging 1.1 blocks per game which ranks 4th among small forwards. Bridges will have to look to be more aggresive especially with a couple starters out in today’s lineup but where he anchors the most is on the defensive side as he’s one of the main reasons why the Suns are top 3 in points allowed and defensive rating.

The Suns need to win today like they have been all season, which is with defense. The Suns are one of the best defenses in the league and they win with a lot effort plays from all around. The Timberwolves don’t make things easy with shot selections but they do give up a lot of points to opposing teams as they rank 19th in the league in points allowed. Tip off begins at 6 PM at the Target Center.