WATCH: Chris Paul React’s To Technical Foul Calls Going Up At The Start of the NBA Season 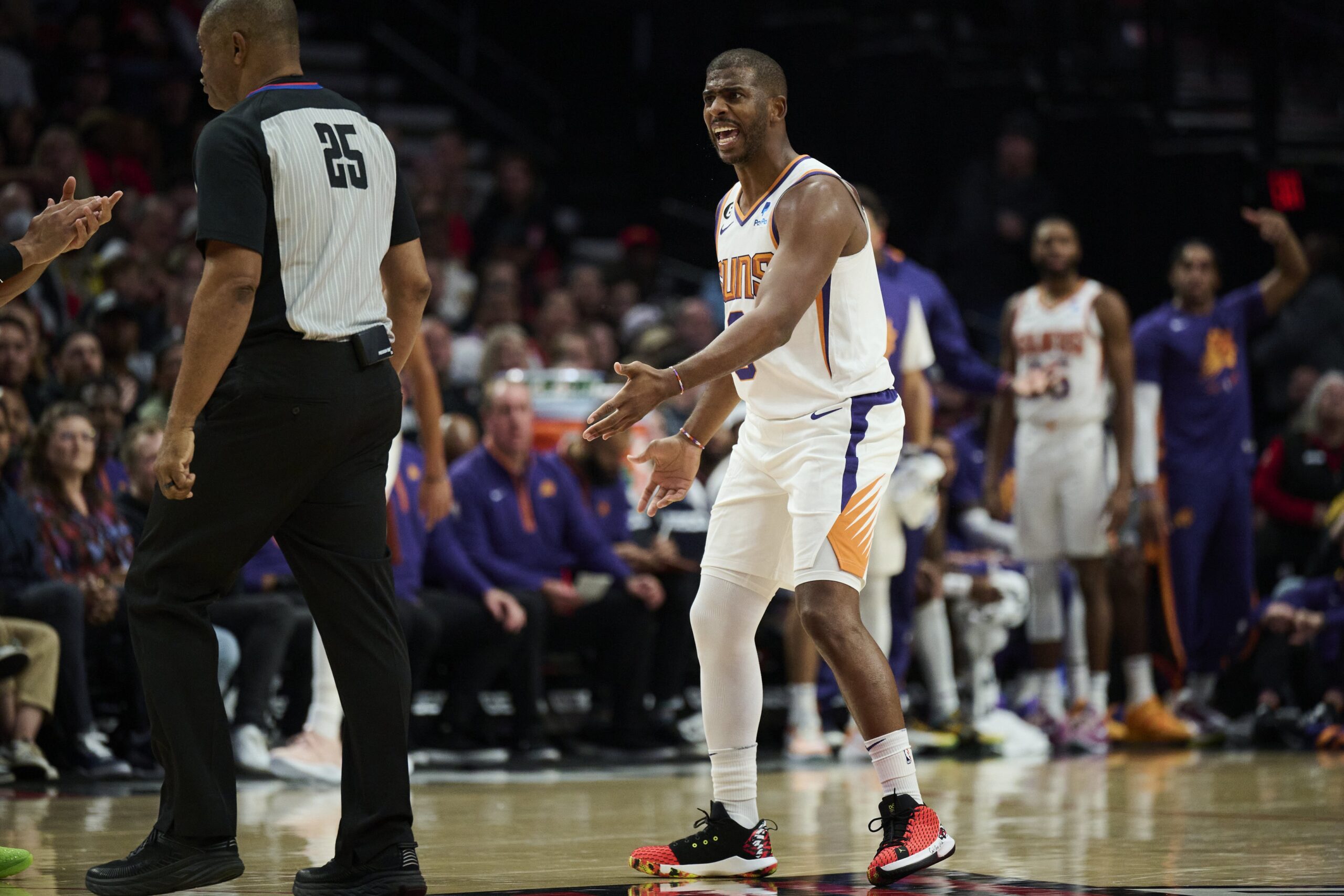 The NBA has been known to have high emotional moments happen throughout the course of a game. Tuesday night’s game against the Golden State Warriors showed a lot of moments in that game, especially the moment that everybody has been talking about this week with Klay Thompson getting ejected.

But the one moment that gets lost in the shuffle is Chris Paul’s technical foul against the Warriors where he was perceived walking back down the court and clapping to himself trying to keep his emotions in check. However, that didn’t stop the refs from giving up a technical foul to the future hall of Famer.

Paul was asked about that today during the morning shoot around and he as well seemed a bit surprised about the call but also delivered a calm message about the reality of what the game of basketball brings.

“It’s an emotional game,” says Paul. “Honestly they (the officials) got to work with us and us with them but also understand there is a lot of emotion that goes into the game and there just got to be some balance.”

Technical fouls have gone up in the NBA over the course of the year. There have been 52 technical foul calls throughout the first couple of weeks of the season. There were 7 technical fouls that were given alone in the game between the Suns and the Warriors. The referee now has guidelines with ways that players can react to things on the court that make it more difficult for players to react in the heat of the moment.

With Paul getting a technical for just moving his arms and walking away he joked around with a reporter bringing up that example to him of not doing anything out of line.

“Send that clip into the league so I can get my money back.”

Chris Paul Has Some High Praise for this Pelicans Player

The Suns and Pelicans are hoping for technical fouls to be the name of the game tonight as they face off at 7 PM at Footprint Center.