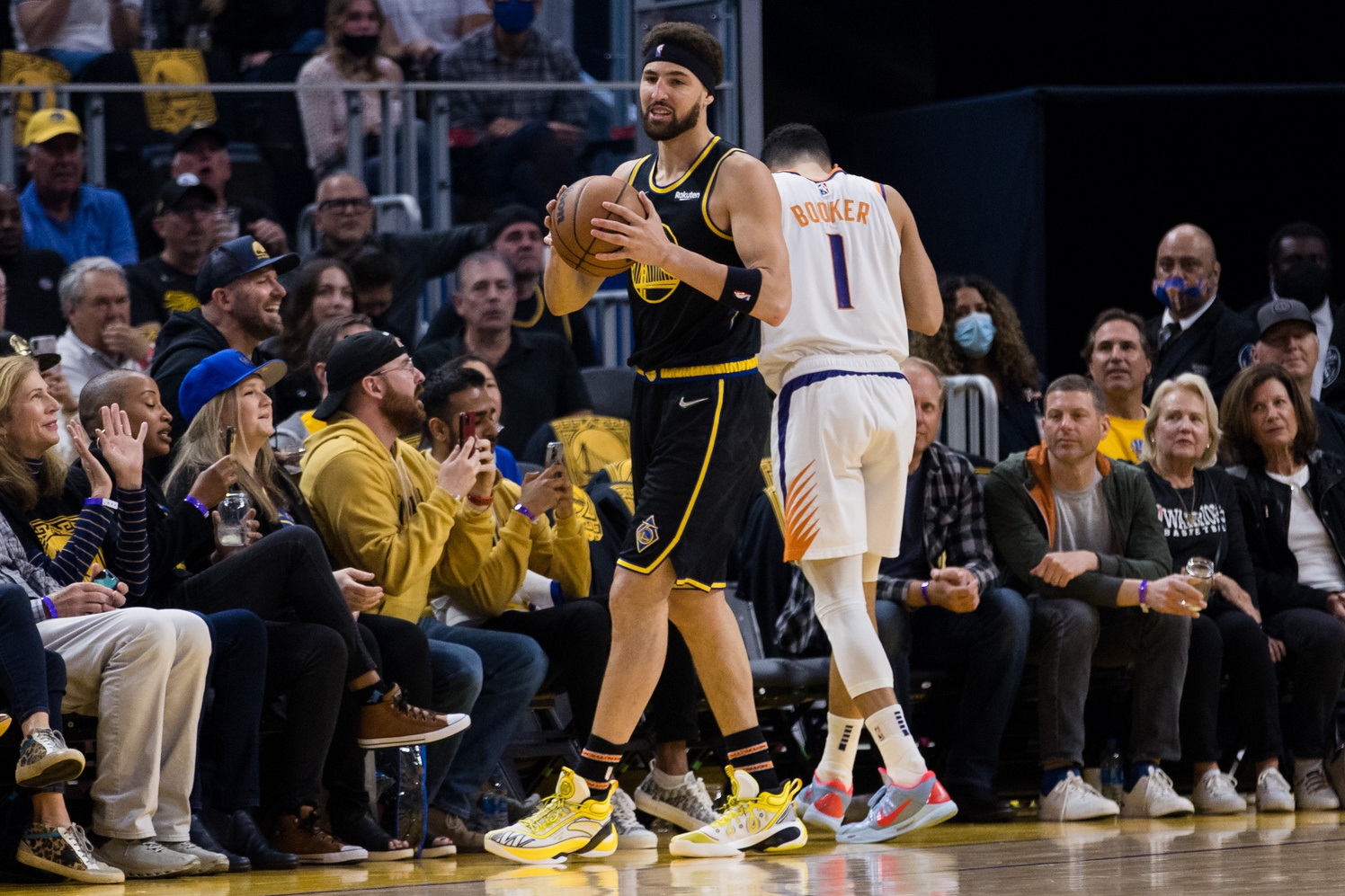 While the Phoenix Suns were making sure to keep their composure against the Golden State Warriors, Klay Thompson couldn’t do the same.

As time time reached slightly beyond the halfway point of the third quarter, Thompson received his first career ejection. In what started as a simple argument between Devin Booker and Thompson, both players received a technical foul.

Klay just got ejected after this exchange👀 pic.twitter.com/gBuDCKfq39

Thompson’s war of words with Booker was followed by a slight shove to Suns forward Mikal Bridges. Thompson proceeded to then get into another argument with the Suns’ bench, prompting his second technical foul.

Thompson exited the game with only two points after a tough shooting night.

The Warriors began to make the contest interesting going into halftime. Golden State maintained that aggressiveness coming into the third quarter, but the Thompson ejection may have shifted the energy beyond repair.

Phoenix was favored to face the Warriors in the playoffs last year before being outed by the Dallas Mavericks. The chance for Phoenix to stamp itself amongst the Western Conference elites early on could continue with a win over Golden State. The Suns are coming off a 112-95 win against the Los Angeles Clippers on Sunday.

Despite the rift with Thompson, Booker is continuing his early-season MVP campaign on Tuesday as well. He finished the first half against the Warriors with 16 points. The star guard is up to 25 points at the end of the third quarter.