DE Zach Allen on the Cardinal’s 0-7 Home Streak: “It’s always a great atmosphere. Hopefully we right that wrong this week.” 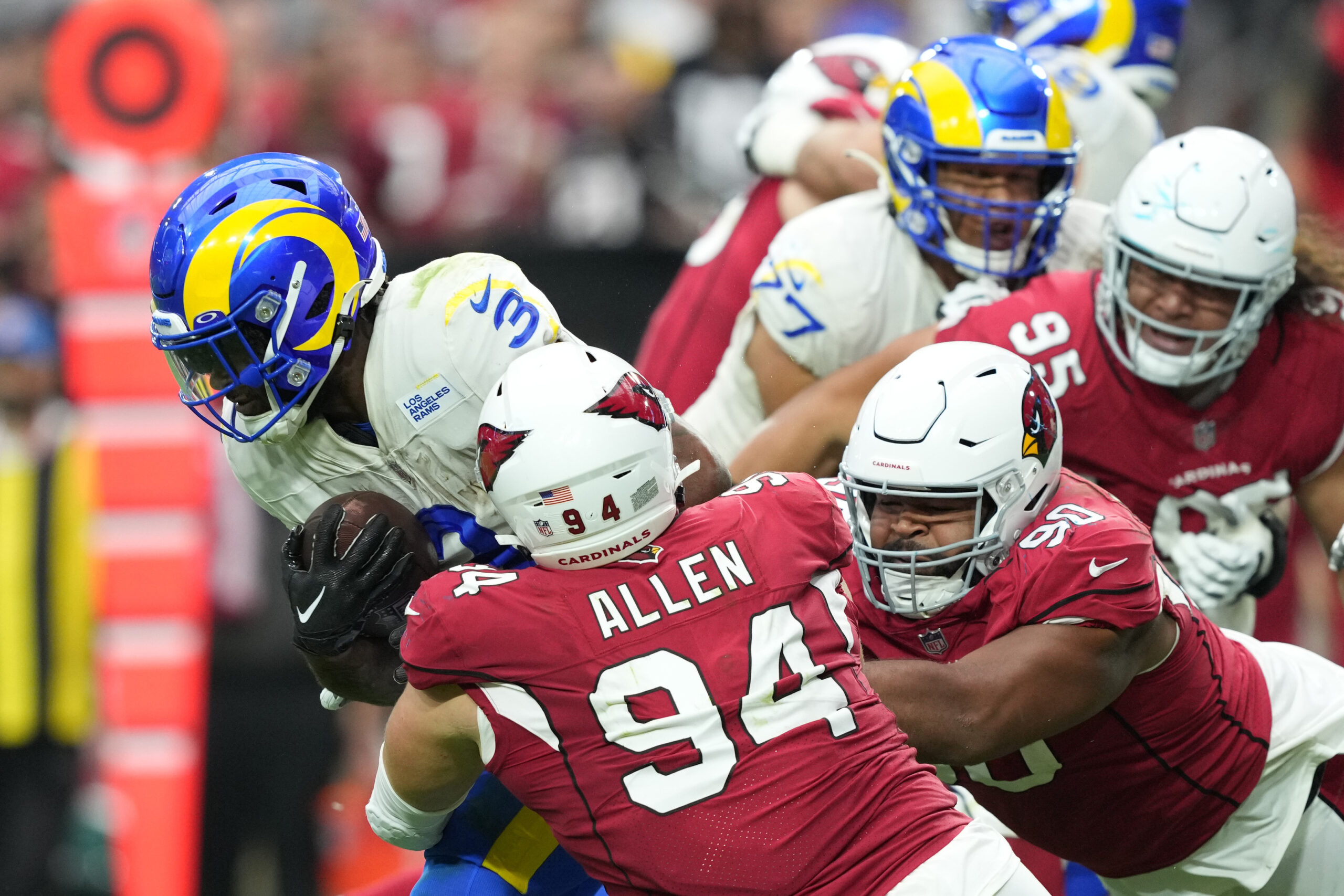 The Cardinals are coming off a great week four performance against the Carolina Panthers. However, there may not have been anyone who played better than the 25-year-old DE Zach Allen.

Allen was all over the place on defense disrupting passes left and right. He set a career-high for passes defended knocking down a total of four Baker Mayfield throws. Additionally, the Cardinal’s 2019 3rd-round draft pick had 6 total tackles and 2 QB hits.

When asked how he felt after coming off an offseason ankle injury: “Easily the best I have ever felt” via @Bobrack.

As a result of Allen’s defensive effort, Arizona is now number one in the league in pass rush win rate. Allen in particular ranks #10 in the NFL among all defensive tackles.

On the other hand, Zach Allen notes that the Cardinals need to step up their game in front of the red sea. Arizona has failed to walk away victorious in State Farm Stadium since week 7 of last season, they are on an 0-7 skid.

“It’s just one of those things, just a coincidence probably… It’s always a great atmosphere. Hopefully we right that wrong this week”

“It’s always a great atmosphere. Hopefully we right that wrong this week.”

Allen has proved himself to be a pivotal player in the Cardinal’s defense. Now, he will be faced with one of the hardest tasks of the season, that being Jalen Hurts and the undefeated Eagles. Philadelphia is second in the NFL for yards per game only behind the Detroit Lions. Their offense is close to averaging 30 points a game heading into week 5.