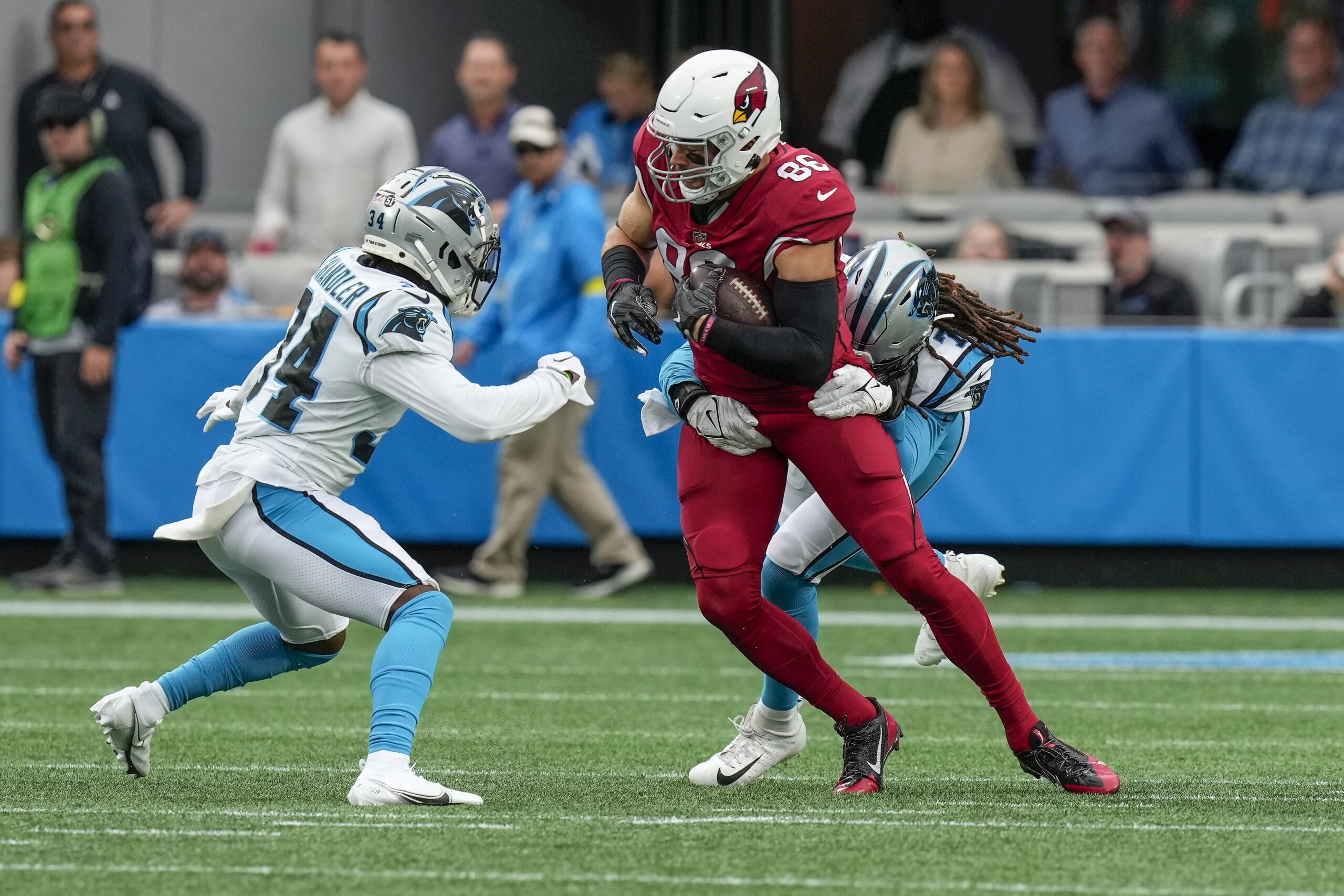 It was another slow start for the Cardinal’s offense as they relied on stellar defense to stay within striking distance. At the end of the half Arizona trails the Panthers with a score of 10-3

Kyler Murray finished with only 87 passing yards and the leading rusher was James Conner with 22 yards on the ground.

It was an uneventful first quarter as both teams failed to score. The Arizona Cardinals started run heavy which is something not previously seen this season. However, even with the change of gameplan, Arizona failed to move the ball anywhere as they went 0-3 on third down conversions and 0-1 on fourth down conversions

The Cardinals did have a chance to score early on after the Panthers turned the ball over on their own 40-yard line.  Cardinal’s defense stepped up big time crushing down on RB Christian McCaffery allowing Kyler Murray to begin his drive in field goal range. However, Arizona elected to gamble on a fourth and inches where the Panthers returned the favor and stumped Rondale Moore for a loss of yards.

The second quarter began with a poor passing mistake by Kyler Murray. The Panthers ran back an interception for a pick-6 to put the first points for the game on the board.

Arizona finally converted a much needed third down attempt with a James Conner run right up the middle. However, Kliff Kingsbury tested his luck quickly after and the Cardinals turned it over on a 4th and inches attempt. Kyler Murry was left with no shot to make a play as the football flew over his head on a poor snap. This was the 16th 4th down attempt for Arizona, leading the NFL by a large margin.

The Cardinals defense then stepped-up big time with a fumble recovery.  After a miraculous Marquise Brown reception, K Matt Prater knocked down a 33-yard field goal to put Arizona on the board.

The second half came to a conclusion with an Eddy Pineiro 54-yard field goal.

JJ Watt: ” I went into A-Fib on Wednesday, had my heart shocked back into rhythm on Thursday”
A Strong Second Half Leads to Cardinal’s 26-16 Victory