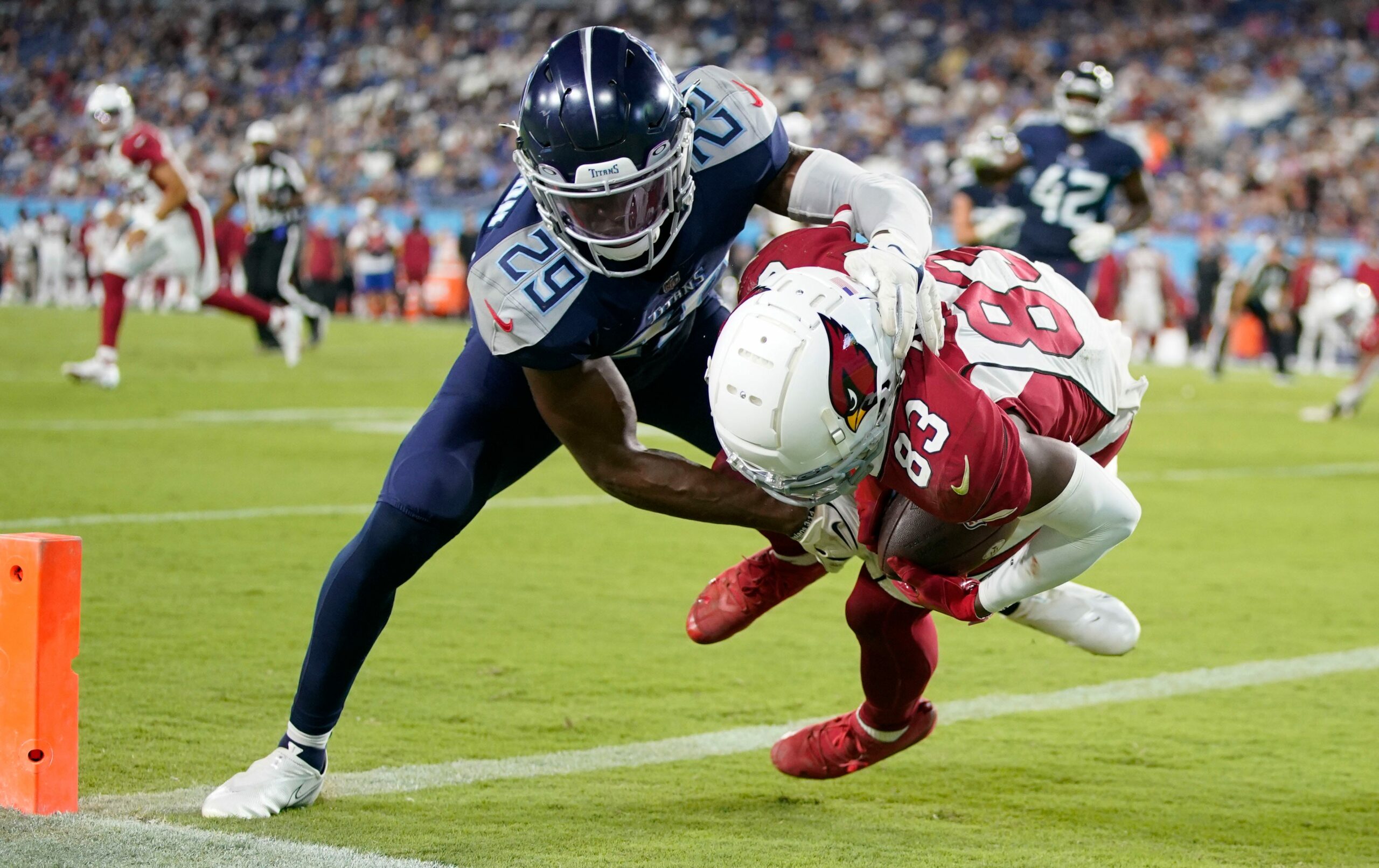 The Arizona Cardinals faced off against the Tennesse Titans for the team’s final preseason game.

In a back-and-forth matchup, Arizona fell to the Titans with a final score of 26-23. The Cardinals finished the preseason with a 1-2 record.

The Arizona Cardinals started strong on offense clicking from both the air and ground.

Eno Benjamin began the game quickly with a couple of big rushes but, it was Darrel Williams who finished the drive off with a 1-yard touchdown. Trace McSorley was also perfect in the first drive of the night going 7-7. McSorley continued to target Andy Isabella who caught over 30 yards in the first quarter.

Malik Wilis got the start for the Titans and the Cardinals were all over him to start the game. Linebacker Cameron Thomas recorded two sacks on just the second drive alone.

After a strong first-quarter defense by Arizona, Malik Willis was able to find a hole and take off for a 50-yard run. This run allowed for an easy touchdown for the Titans, however, a failed two-point conversion kept Arizona ahead 7-6.

In general, the first half consisted of plenty of defense stops on both sides. McSorley went from a 7-7 start to a 1-9 horrendous stretch.

On the Titans side, Malik Willis showed flashes of brilliance with his legs. In a previous game against the Ravens, the Titans head coach said after the game that he took out Willis because he simply was not throwing the ball enough.

Just before the end of the second quarter, Malik connected with Treylon Burks for a 14-yard touchdown pass. The rookie quarterback ended the half with 87 yards from the air, and 79 from the ground.

Following the touchdown from the Titans, the Cardinals somehow were able to capitalize on the 50 seconds left on the clock. Matt Prater drilled a 42-yard field goal to send the game into halftime with a score of 13-10.

Tennessee extended the league to 10 points with a 51-yard field goal just about halfway through the third quarter.

McSorley was also taken out of the game and was replaced by Jarrett Guarantano. McSorley left the game going 15-29 for 144 yards.

Once again, Andy Isabella showed off his speed, this time for a massive 74-yards. This play could very well be the one that sets Andy’s name on the Cardinal’s 53-man roster.

The 74-yard gain led to a two-yard touchdown pass to WR Greg Dortch. Arizona was able to take back the lead with a completed extra point.

Keeping the momentum, James Wiggins caught a sweet one-handed interception to get the ball right back into the Cardinals offense hands. Matt Prater took advantage of the good field position by drilling a 53-yard field goal, Cardinals 20 Titans 16.

After a great defensive stop by Arizona, Victor Bolden Jr. dropped a punt return leading to excelling field position for Tennessee. Randy Bullock drilled a 51-yarder to bring the Titans within one point with 12-minutes left in the 4th quarter.

The once USFL star, Bolden Jr., must have felt the pressure from Andy Isabella and Greg Dortch with the next roster cuts coming this week.

With time running out, the Titans managed to convert on a 4th down conversion to keep the game going. With still three timeouts, Tennessee found themselves at midfield with 2 minutes left on the clock. Fast forward to a fourth-and-four situation and quarterback Logan Woodside gave Tennessee a 3-point lead.

The Cardinals still had an opportunity to take back the lead with 50 seconds left in the game. However, they could not find any stride and fell just short.

Although McSorley could not finish as strong as he started, he has looked very impressive over his last three starts. If McSorley is cut before the following deadline, expect to see a different team snatch up the quarterback decently fast.

Matt Prater played a large role in keeping the Cardinals within reach by nailing a 53-yarder along with two 42-yarders. This is a great sign considering the kicker struggles that the Cardinals have seen in past seasons.

In all three preseason matchups, Andy Isabella has drawn a deep ball pass interference call. Isabella has been able to use his speed to blow past the defender. The 25-year-old is looking to play a much bigger role for the Cardinals in the upcoming season.

Arizona did lose their final preseason matchup but, several offensive components had plenty of success and the defense stayed consistent. If it was not for a couple of big plays by the Titans, the Cardinals very well would have finished off their preseason with a winning record.

Tuesday is the big day just around the corner as the Cardinals will have to bring the roster down to the final 53.