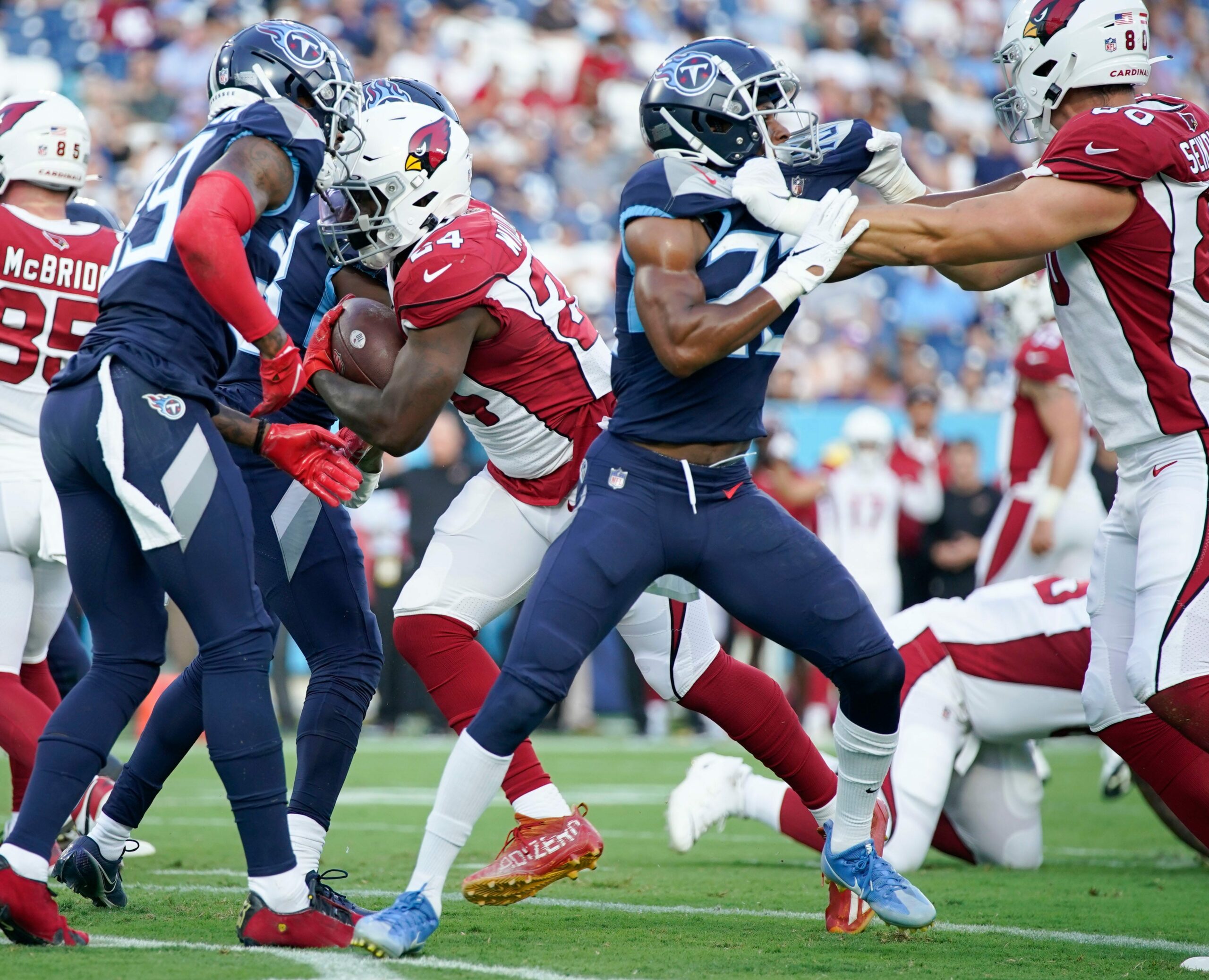 Syndication The Tennessean
Spread the love

The Arizona Cardinals lost their final preseason game 26-23 to the Tennessee Titans. Titans quarterback Logan Woodside scrambled for a nine-yard touchdown with 52 seconds left to give the Titans the lead for good.

Rookie Jarrett Guarantano tried to lead the comeback for the Cardinals but was sacked to end the game. Arizona finished the preseason 1-2 but did have some players play well in the finale.

Andy Isabella finished the game with five catches on eight targets. He also had 115 receiving yards with a long of 74. Isabella is a shifty and fast receiver that could make a name for himself with DeAndre Hopkins being suspended to start the season.

Keontay Ingram rushed for 61 yards on 16 carries. They’re not sexy numbers, but Ingram ran hard, and that’s all you can ask for from a rookie running back trying to make the team. It will be hard for Ingram to make the final roster with the running back ahead of him, but he could make the practice squad.

Rookie Cameron Thomas had a heck of a game, compiling four tackles, two tackles for a loss, two sacks, and four quarterback hits. Thomas will need to help take the place of Chandler Jones; he is now on the Las Vegas Raiders.

Undrafted free agent Chandler Wooten finished the game with ten tackles and has had a solid training camp and preseason. Wooten is doing all he can to make the Cardinals’ final roster; it will be interesting to see if he did enough to make it.