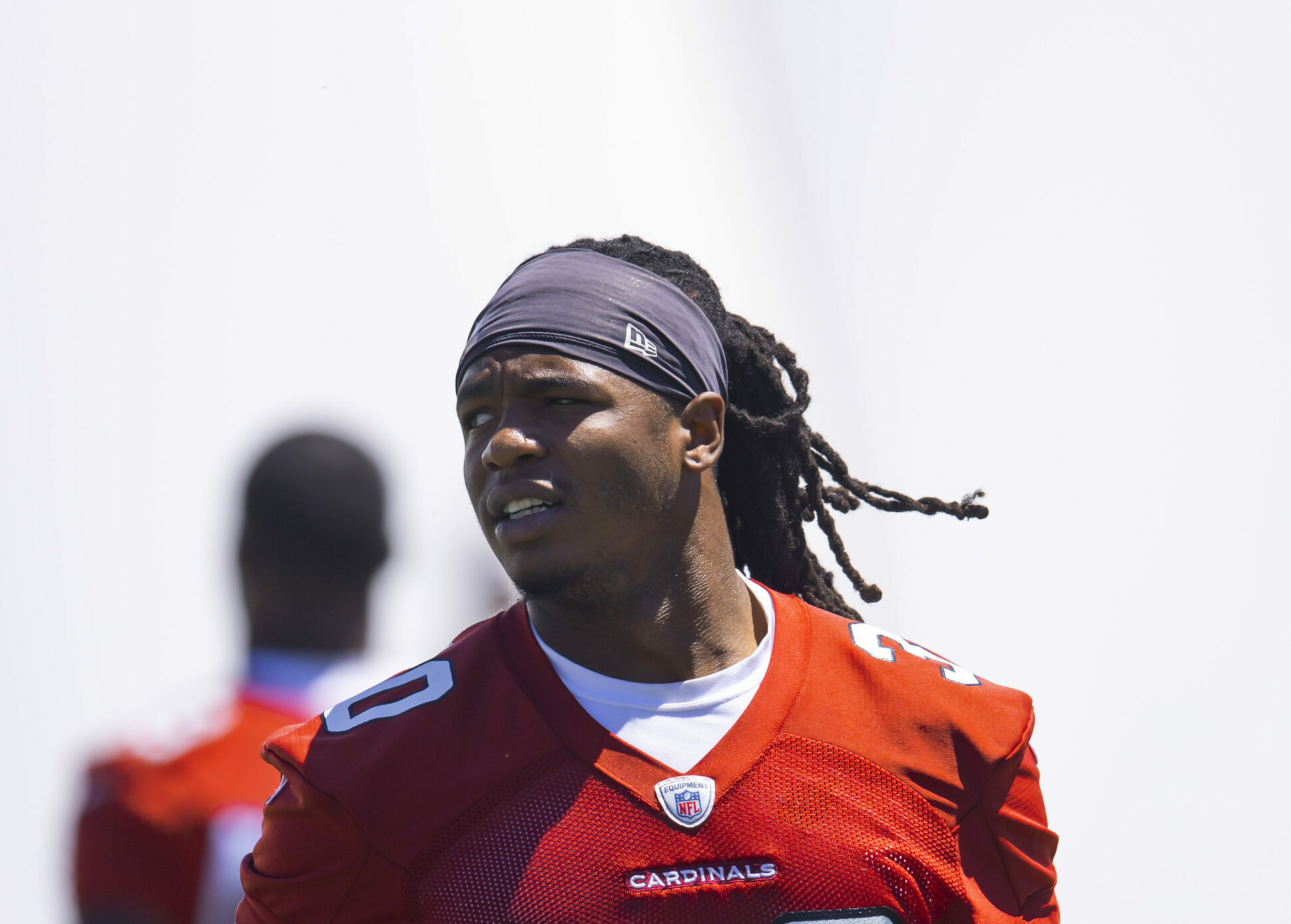 The Arizona Cardinals drafted running back Keaontay Ingram with a late-round pick in the NFL Draft. Arizona has a log jam at the running back position with James Conner, Eno Benjamin, and the newly signed Darrel Williams. It will be hard for the rookie to make the roster, but with a strong camp, Ingram could make a solid case to make the Cardinals roster.

Ingram played his college ball at Texas and USC; he rushed for 911 yards and five touchdowns last year for USC. In four years in college, Ingram averaged 5.5 yards per carry and caught 89 passes for 672 yards and six touchdowns.

At 6’0 and 215, Ingram is a bigger back but is agile. The Cardinals like to run inside and split zone plays, and Ingram can be effective on those plays. In addition, the running back has experience running from the shotgun and pistol formations, which are staples in Kliff Kingsbury‘s offense.

With Ingram’s size, he always falls forward, getting positive yards. Ingram breaks tackles to pick up extra yardage and changes directions, well. He is also a capable receiver out of the backfield.

Ingram does not have good long speed, but he will get the tough yards and keep the chains moving. Ingram is capable of bouncing plays to the outside. However, the rookie will need a strong training camp to make the Cardinals opening game roster. Ingram should get a lot of opportunities to see what he can do in training camp and the preseason.

He must play to his potential when given a chance to step on the field. Also, Ingram must prove he can play on special teams to make the roster. If Ingram does not make the final roster, there is always the practice squad. Nevertheless, the former USC running back will be a player to watch in Cardinals training camp.