Suns B-Team Shines In First Half Vs. Warriors 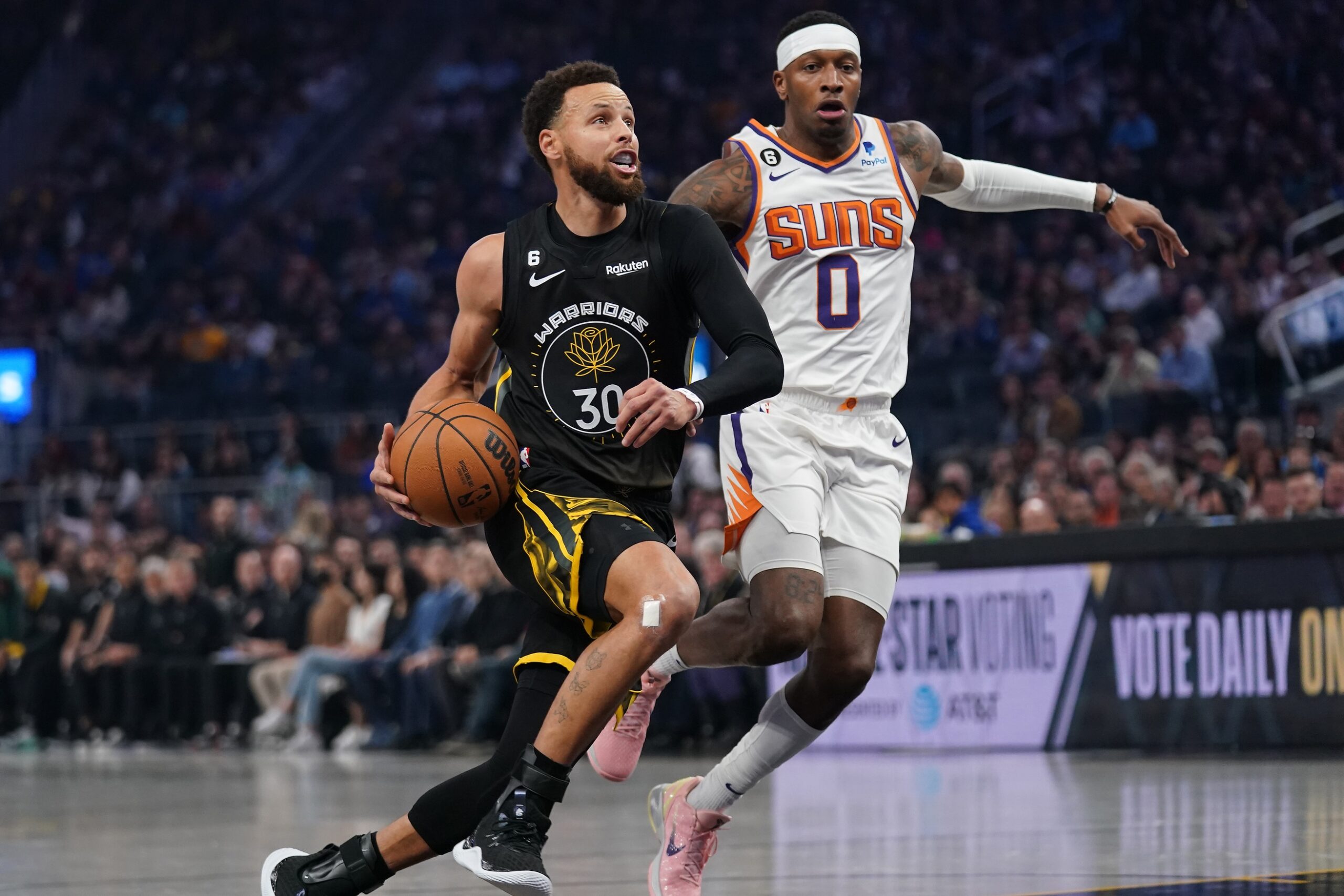 Nine players is what Phoenix Suns head coach Monty Williams was tasked with handling against the Golden State Warriors on Tuesday.

Chris Paul (hip) is out for the foreseeable future. Deandre Ayton (ankle) found himself out of Tuesday’s contest. Even more, Cameron Payne (foot) wouldn’t be reevaluated until two weeks later.

The list goes on, but it doesn’t stop the Suns’ objective of attempting to come out victorious against the defending champions.

Even while that’s the case, Phoenix didn’t disappoint in the first half. The Suns were able to shock the NBA world, leading 59-45 at halftime.

Outscoring in the First Quarter

Being this depleted roster-wise is more than enough torture — doing it while on a road trip against the Warriors is just insult to injury.

Many would have wiped this game as a loss prior to tipoff. Yet the Suns reserves, who were primarily starters, changed that notion. Practically any player that touched the floor for Phoenix impacted the game in a positive way.

Dario Saric provided immediate impact. The Croatian big man put up five points, four rebounds and three assists during the first quarter. His patience on both ends of the floor helped settle the tone for Phoenix early on.

Mikal Bridges, the lone starter, also contributed six points along with three rebounds. Much of the focal point from Golden State will be on Bridges, which has been a relief given the other players’ impact.

Damion Lee was the leading scorer for Phoenix. After receiving his championship ring, Lee reminded the Bay area of what exactly they missed without him. The corner specialist finished the quarter with eight points, going 3-of-3 from the floor.

Just when the thought may be that Phoenix wouldn’t be able to continue its successful run, the opposite transpired. Lee continued to be a presence on offense, ending the half with 14 points.

The Suns also shot percent 44 percent from three-point range and also 11-of-12 from the free-throw line.

Phoenix also was making things happen on the defensive end. The Suns were able to hold the Warriors to shooting just 34 percent from the field. Stephen Curry, who made his debut after being out with a shoulder injury, was only 2-of-9 from the field with five points.

Frankly, no one expected this type of fight to take court tonight from Phoenix. Even so, win or lose, the bench unit has certainly earned the respect of the Phoenix faithful if they hadn’t already.

Key dates to watch out for during the 2023 offseason
Suns Complete Statement Win Over Warriors
Loading More Posts...