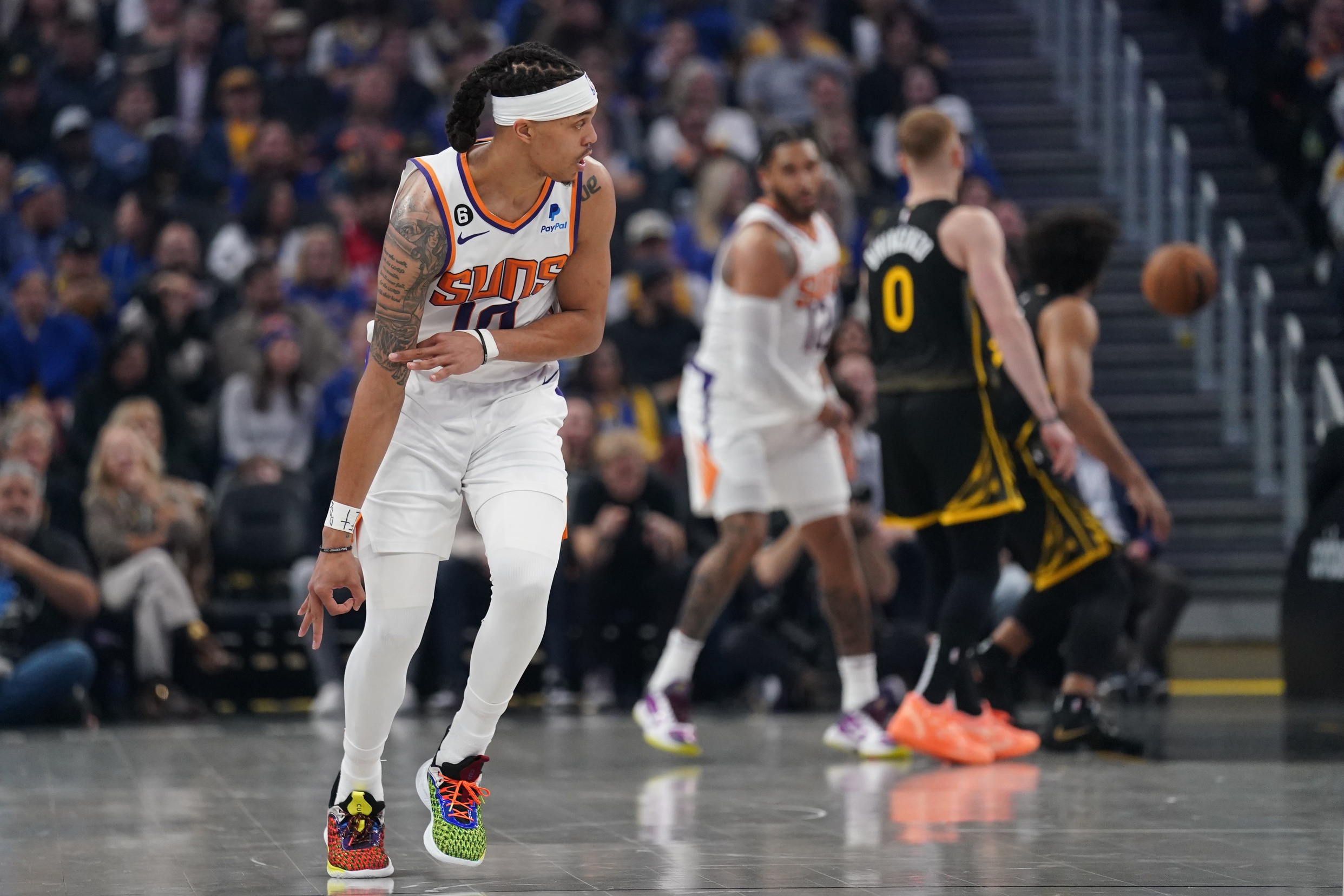 The season isn’t even at its halfway mark, and the Phoenix Suns still may have their biggest win of the year in the books.

On Tuesday, Phoenix found itself with only one starter in Mikal Bridges and nine active players. The Golden State Warriors on the other hand were at near-full strength.

The Warriors were expected to unload the bench early with a blowout in the works.

The Suns were able to snap their six-game losing streak, beating the Warriors 125-113.

First Half Set the Tone

The Suns made sure to let the Warriors know early that it wouldn’t be an easy win. Phoenix outscored Golden State 31-26 in the first quarter. Dario Saric proved why he was invaluable to the Suns’ championship appearance two seasons ago.

Mikal Bridges made sure to emphasize his role as the lone starter coming into Tuesday also. He contributed six points on 3-of-6 shooting from the field during the first quarter.

Damion Lee appeared to have the leading role on Tuesday however. He finished the half with 14 points.

Despite being without so many shot-makers, the Suns shot 44 percent from downtown in the first half as well.

Even as they were outscored in the first half, the Warriors weren’t prepared to concede. The Suns held a five-point difference in points scored during the third quarter. Even so, the game looked to be over as Kerr unloaded his bench during the end of the third quarter.

The fourth quarter told a different story, however. The Warriors were able to narrow the lead for the Suns by the end of the third quarter, allowing the starters a chance to take the lead going into the fourth.

Offensive fouls along with turnovers seemed to close the Suns’ momentum. The bigger question quickly became if Phoenix would be able to complete such a momentous win after thriving for three quarters.

Curry was able to surge late in the fourth quarter, as his shooting prowess resurfaced after being out with a shoulder injury for 11 games. He was up to 20 points at the (3:16) mark, leaving an opportunity for a comeback.

A Jordan Poole three-pointer cut the lead down to just six for the Suns with only (1:28) remaining in the game.

Though it came down to the final minute of play, Lee and Bridges were able to lead the Suns to a momentum-shifting win.

The Suns now improve to 21-21 on the season. They’ll travel to face the Denver Nuggets next on Wednesday.