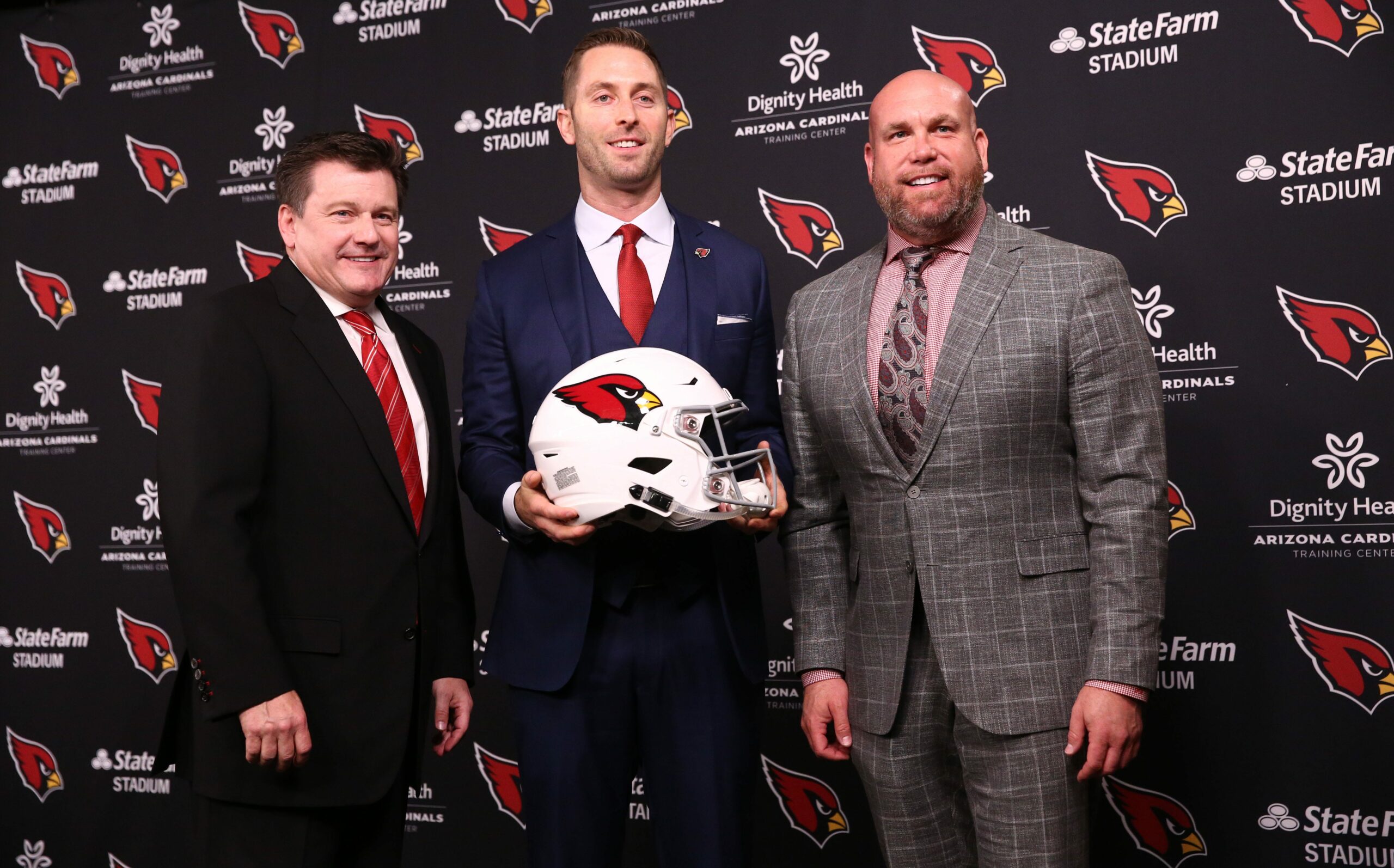 Arizona’s owner, Michael Bidwill, addressed the media for the first time following the release of HC Kliff Kingsbury and the step-down from GM Steve Keim.

Here is everything you need to know:

For starters, Bidwill acknowledged that he would prefer to find the general manager first, before the head coach.

While speaking about the general manager position, Bidwill stated that he will be looking for both internal and external candidates.

However, he did state that interviews are lined up for Quentin Harris and Adrian Wilson, both of whom played for the Cardinals during their time in the NFL.

Bidwill also made it clear that this is an urgent matter; the sooner he can find a general manager, the quicker the team can focus on getting ready for next season.

“I’ve already been on the phone setting up interviews… “An incredible sense of urgency.”

On a positive side of things, Bidwill remained optimistic about the Cardinals’ future. While their record suggests otherwise, Arizona’s owner is extremely confident that this is a talented team that is not in need of a rebuild.

“I feel like we can be a quick turnaround… “There were just a lot of bad breaks this year; I think we got to the point where it was time for a change.”

For the future of Arizona’s head coaching role, Bidwill repeatedly stated he is open to anything and wants to do whatever is best for the entire organization.

“What I am willing to do financially is to get the best coach and best GM.”

When addressing the Kyler Murray situation, there is still plenty of hope that the Cardinals’ franchise quarterback will come back stronger after his rehab is completed. Part of this process will include staying close to Murray while searching for a new head coach. Bidwill wants to keep the leaders on the team informed in order to make a decision that is best for everyone.