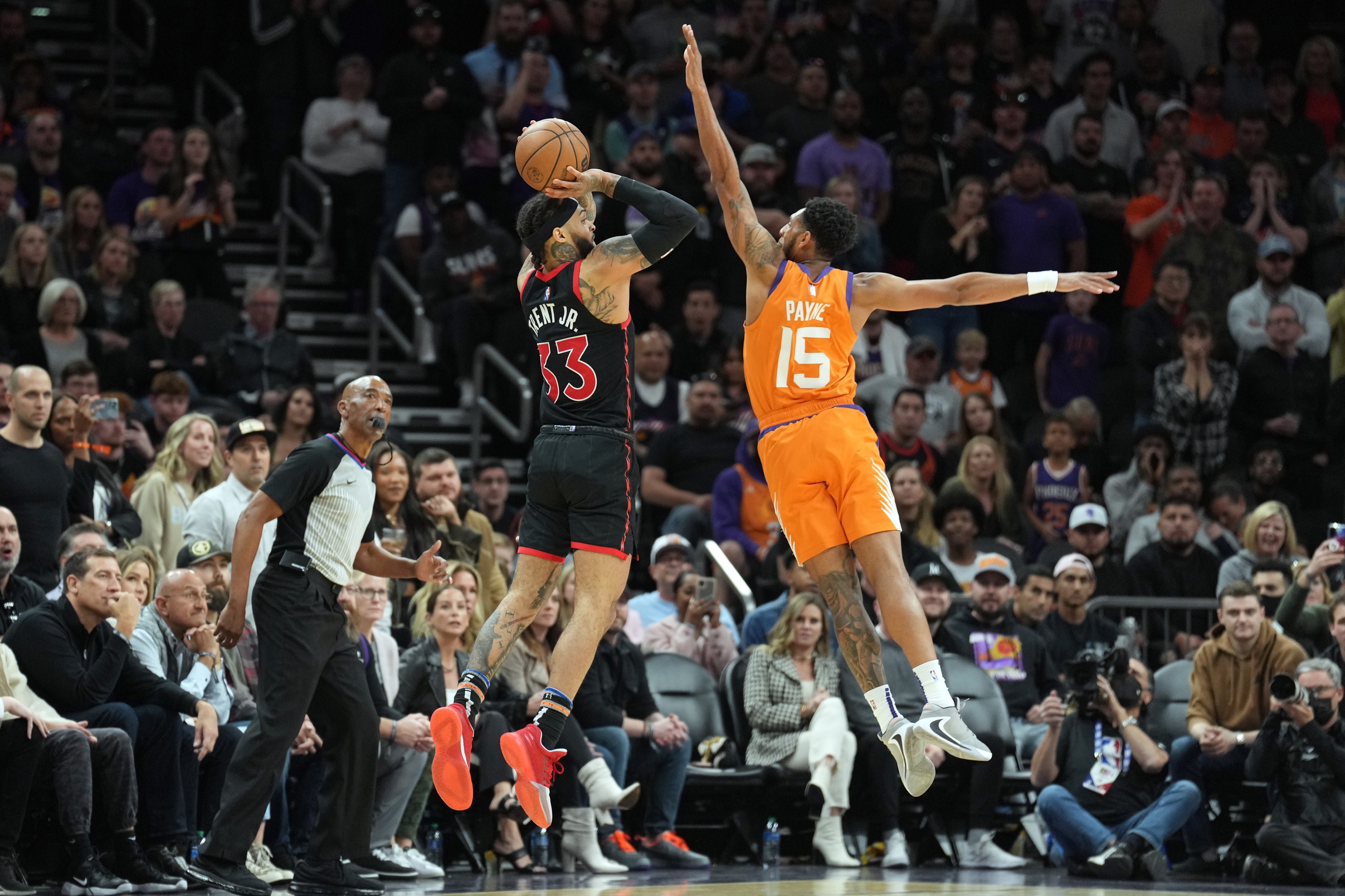 Later tonight, the Phoenix Suns are traveling to Toronto to take on the Raptors for their fourth consecutive road game over the past week. The Raptors are coming off a huge loss against the Grizzlies where they saw Ja Morant dropping 19 points and 17 assists. Pascal Siakam had a good game with 25 points and 10 rebounds on 50% shooting along with Scottie Barnes who also had a good game with a double-double of his own right with 14 points and 10 rebounds. The Raptors played good defense throughout as they had 11 steals, 7 blocks, and forced 15 turnovers. However, they got outshot by the Grizzlies by 50% to 40% from the floor and from the three-point line by 44.8% to 35.7%.

As for the Suns, they are coming off a tough blowout loss to the Washington Wizards in the nation’s capital. Deandre Ayton had a great game with 31 points and 7 rebounds but was no match for Rui Hachimura who had 28 points off the bench on a very efficient 11-13 shooting. Kristaps Porzingis and Kyle Kuzma each dropped 22 points of their own right as well in the win. The Suns outshot the Wizards at the three-point line 41% to 30%. However, the Raptors dominated them in the paint by scoring 60 points in the paint to the Suns’ 28. The Suns also had 5 possessions in a row where they turned the ball over which allowed the Wizards an ability to gain insurmountable control of the game late in the contest.

The Suns (20-16) and Raptors (15-20) will be meeting tonight for the first time this year with the Suns winning three of the last four head-to-head matchups against the Raptors including the last two games in Toronto. It’s going to look a little different though now for the Suns as they have a ton of injuries starting with Devin Booker who is out for a month with a groin strain. Followed along with Cam Johnson, Cameron Payne, and Landry Shamet who are all expected to miss tonight’s game due to injuries. For the Raptors, Fred VanVleet (back) and Precious Achiuwa (ankle) are questionable for tonight’s game. Here are the betting odds ahead of tonight’s game between the two teams.

Suns Trade for Hachimura Should be Revisited

For tonight’s game, I got the Suns bouncing back despite the injuries to win a close one by a final score of 113-111. I believe the Suns have found their stride shooting the basketball and have played above-average defense with all the injuries out. The Raptors ranking 26th in three-point percentage should give the Suns multiple chances for tonight’s game. Tip-off is at 5:30 PM Mountain Standard Time at Scotiabank Arena.

Franklin Miller is a Suns insider and breaking news reporter for Burn City Sports. You can follow him on Twitter via @MillerSports3.

Suns Trade for Hachimura Should be Revisited
Suns’ Turnovers Vs Raptors is Alarming
Loading More Posts...