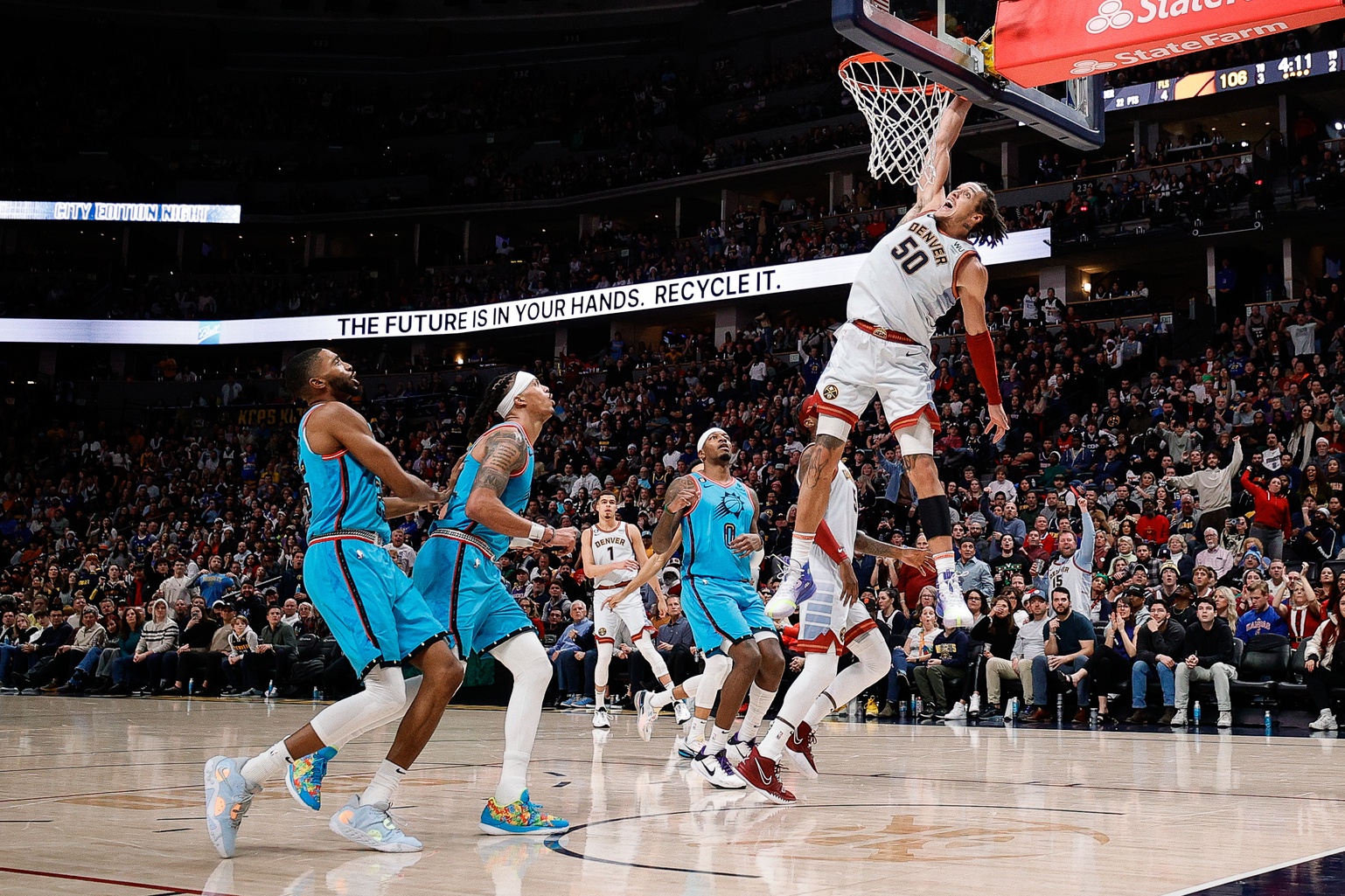 Aaron Gordon had one of the craziest dunks you’ll ever see in an NBA game. The former slam dunk contest competitor had an impressive seven slam dunks with a couple of highlight reel ones to boot. But none of them took the icing off the cake like the one in overtime with 30 seconds to go and the Nuggets up one.

During that play, Aaron Gordon took the fast break opportunity after Landry Shamet missed a three and ended up slamming the ball on Shamet with 24 seconds to go that had everybody in the crowd and at home on their feet going crazy. During the play, however, it showed that Shamet wasn’t in the restricted area and had his feet set during the play. This allowed for the refs to immediately call a charge on Gordon which wiped away the dunk.

After reviewing the play, however, it seemed that Shamet at the last minute was sliding to his left to draw the charge which ultimately allowed the refs to overturn the call on the floor to a dunk and a blocking foul on Shamet. This led to a lot of Suns fans questioning the call and wondering if the refs made the correct decision with the overturn. A lot of fans alluded back to this tweet that the NBA official sent back in 2018 on taking charges during the last two minutes of the 4th quarter or overtime.

Clarity on blk/charge review: The trigger is that if in the last 2 minutes of the 4th or overtime officials have doubt whether the defender was in the restricted area. While reviewing, they may also confirm if the defender was in legal guarding position when the contact occurred.

The last sentence is key and probably one of the reasons why the play got overturned. The refs didn’t think Shamet was in a legal guarding position when the contact occurred which cultivated an overturn. This didn’t stop fans from reacting to a call that they felt was wrong and bogus.

NBA handing out gifts to the Nuggets on Christmas.
Being all Grinchy to the Suns, though.

Wrong. Shamet slightly moved his upper body, bracing himself. His feet are planted. What did Shamet foul him with, knowing that boom is coming? His chest? Make it make sense.

Fans seem to think it wasn’t the right call and that the Nuggets got rewarded a gift on Christmas Day with one of the nastiest dunks we will ever see in a game. The Suns still had an opportunity down three with 11 seconds to go but Bridges ended up turning the ball over which ultimately ended the game and the Suns lost 128-125 in overtime.

The Suns have a lot to clean up as they have now lost 9-13 games. With the status of Devin Booker being in question for tomorrow’s game against the Memphis Grizzlies, things are only going to get tougher for the team from here on out.