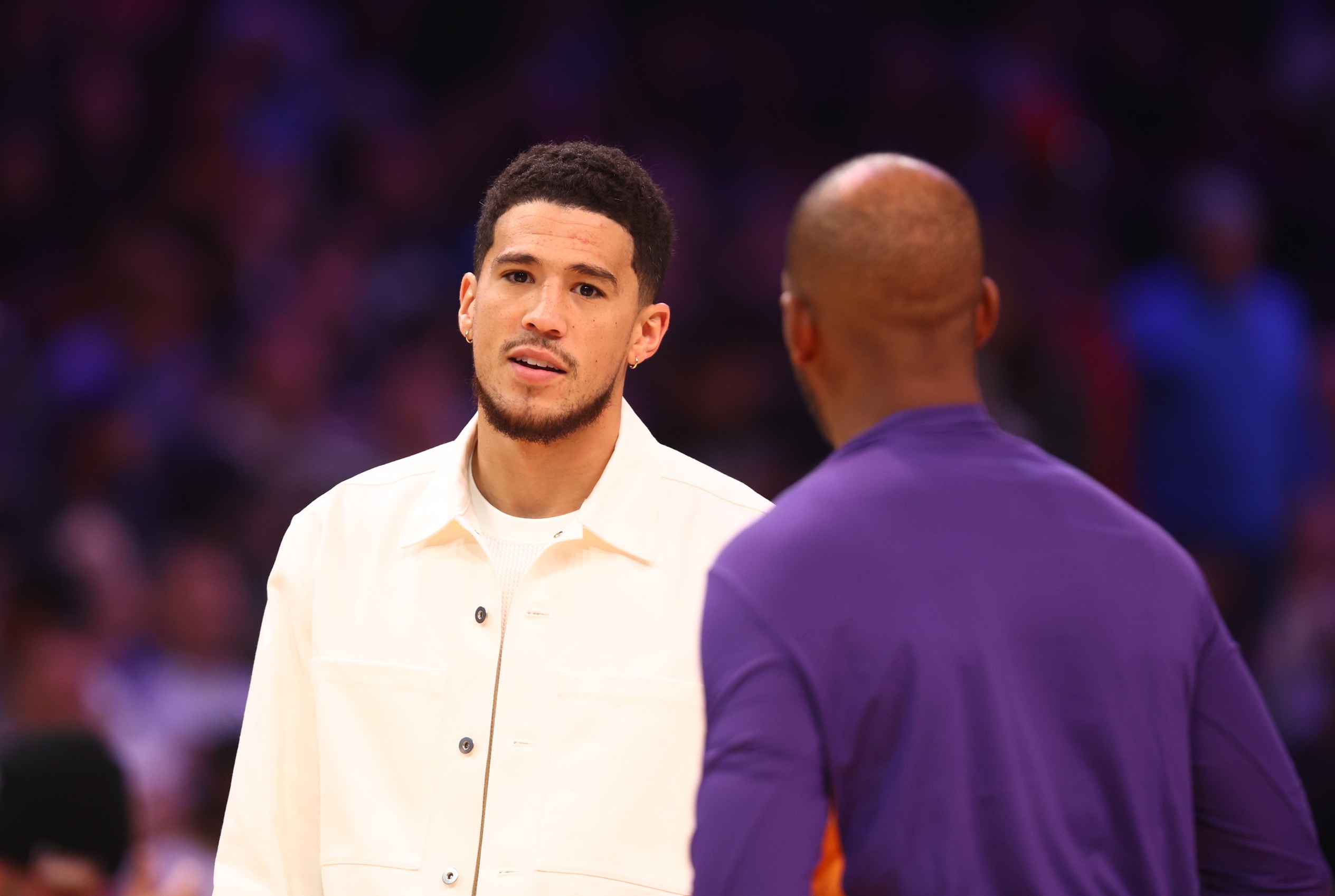 It’s a Christmas miracle for Phoenix Suns fans and the Suns’ team as a whole as their all-star player and team captain Devin Booker is set to return to action for tomorrow’s game against the Denver Nuggets just in time for some holiday joy according to NBA insider Adrian Wojnarowski.

Booker dealt with a groin injury for the last three games since he injured it during last Saturday’s contest against the New Orleans Pelicans. In that game, he went off for 58 points on 60% shooting while setting a career-high for threes with 6. He went on a run in the third quarter of that game where he scored 24 unanswered points to get their team back in the game to eventually win after being down 24. No word yet on Cameron Payne for tomorrow’s status but tomorrow’s game could be the healthiest the Suns have been in quite some time since early November.

Gametime tomorrow is at 8:30 PM mountain standard time to cap off all game action from Christmas day. Let’s see if the Suns can get back in the win column after a brutal loss against the Memphis Grizzlies.