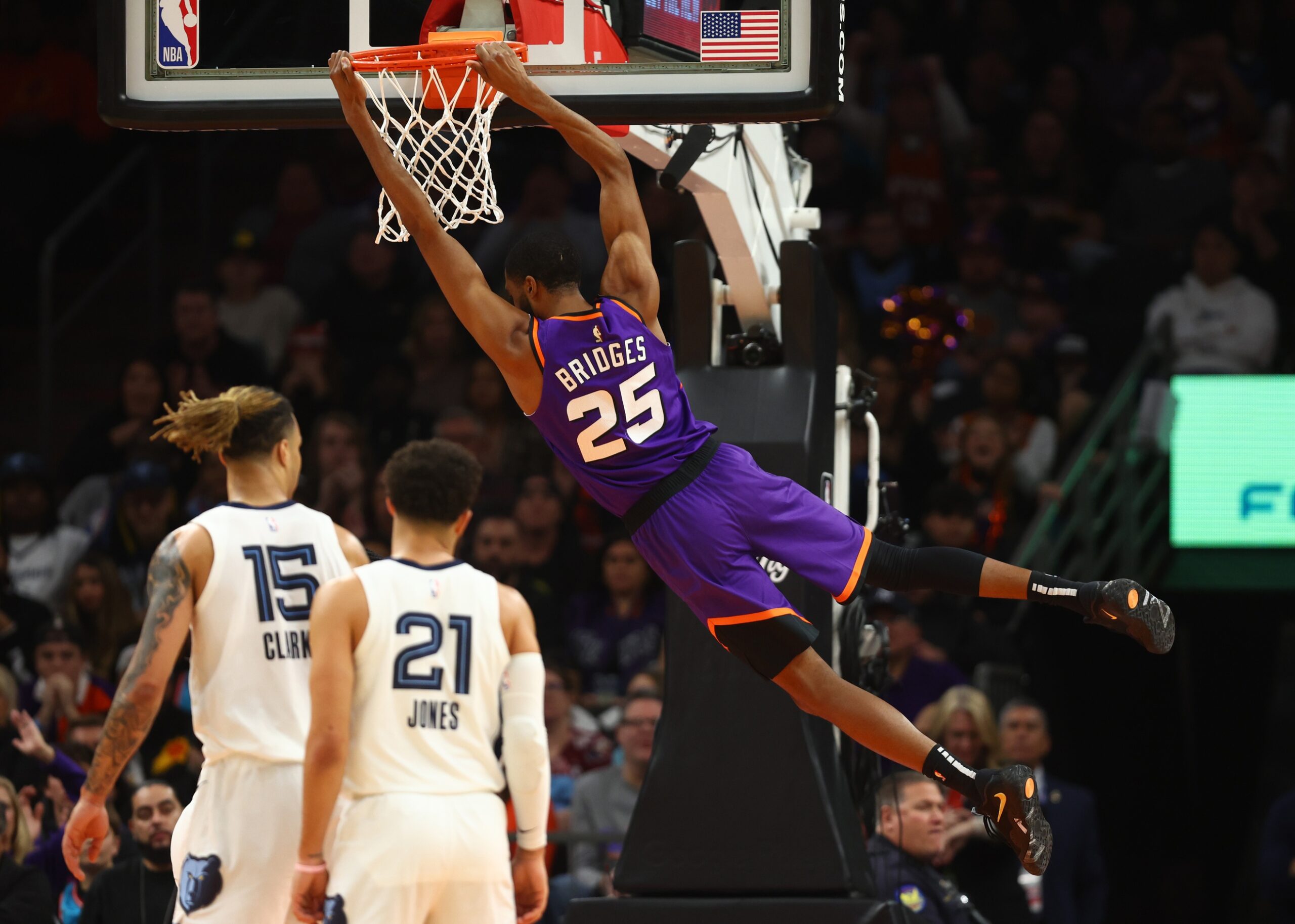 Despite the blowout loss to the Memphis Grizzlies on Friday night, Phoenix Suns forward Mikal Bridges joined an extensive group after becoming the seventh player in franchise history to record 4,000 points, 400 steals, and 200 blocks in his young career.

With this accomplishment, he joined the Suns’ all-time great players Alvan Adams, Shawn Marion, Larry Nance, Charles Barkley, and Dan Majerle as the only other players to achieve this milestone. During his five-year career with the Suns, Bridges is averaging, 11.7 points per game, 4 rebounds per game, 2.2 assists per game, 1.3 steals per game, and 0.6 blocks per game. He’s also averaging 37.6% from three throughout his career with the Suns. This season he has career highs in points with 15.8, rebounds with 4.7, and assists with 3.

Grizzlies Steamroll Suns in First Half

If Bridges continues to play at this level throughout his time in Phoenix, he might see his last name in the rafters someday as well. In the meantime, he has a game on Christmas Day to prepare for against the reigning MVP Nikola Jokic, and the Denver Nuggets.

Grizzlies Steamroll Suns in First Half
Devin Booker is Set To Return Tomorrow For Christmas Day Against the Nuggets
Loading More Posts...