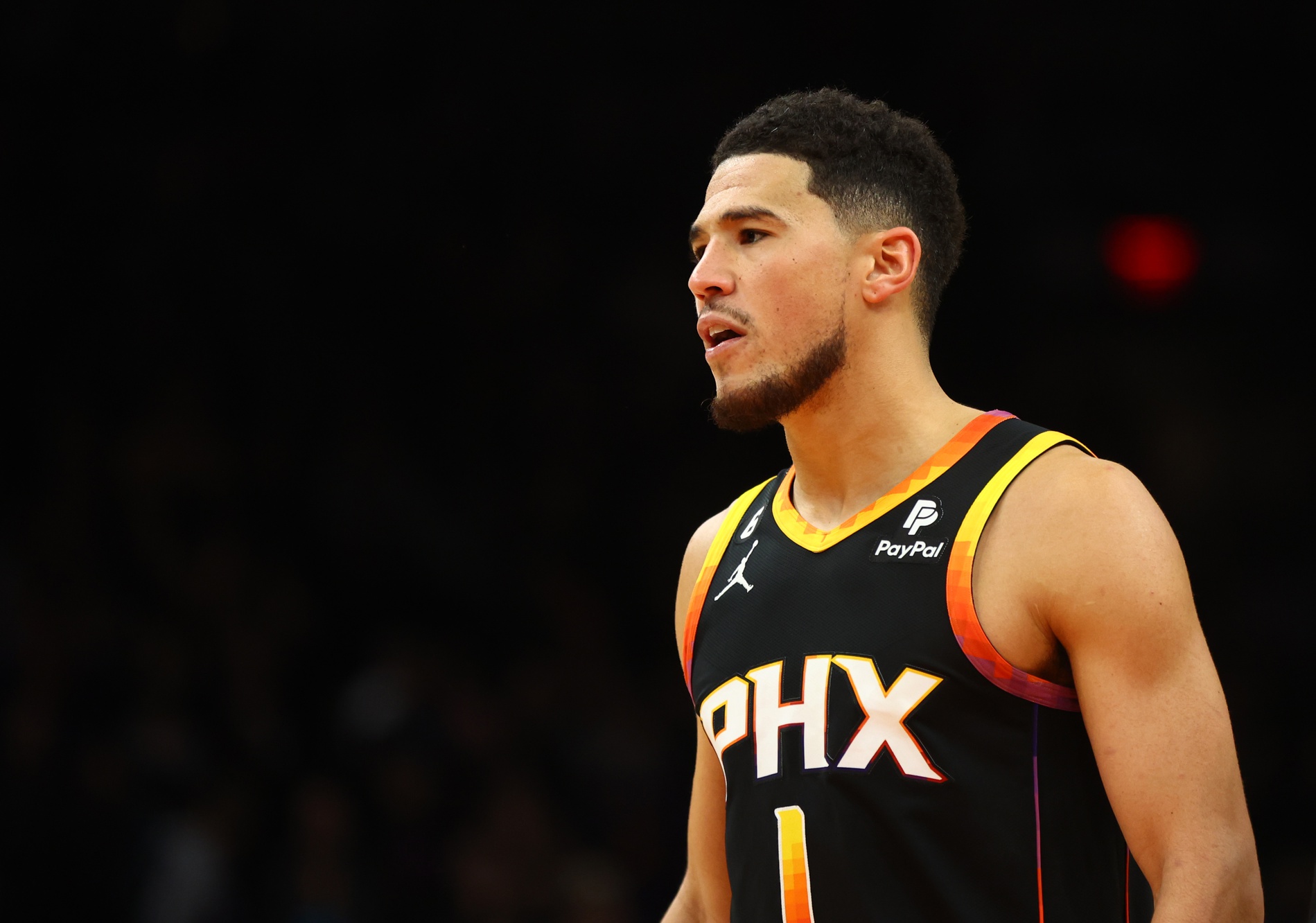 It’s been tough sledding for Devin Booker over the last 5 games he’s played in as he was just averaging 14 points per game on 30% shooting from the floor and 20% shooting from three while dealing with left hamstring tightness that kept him out for two games this past week. Well, that feels like a distant memory now after he just dropped 58 points on 21-35 shooting which is good for 60% in a win against the New Orleans Pelicans while also dropping 6-11 three’s which is a career-high for made threes in a game for him.

Please keep everyone that had to defend Devin Booker tonight in your thoughts and prayers. pic.twitter.com/tquNxp9TAY

He was doing this while being double-teamed the entire night. He was doing this while the Suns were down 24. And now he’s done this for the 5th time in his career where he’s dropped more than 50 points in a game. The only downside to Devin Booker’s game tonight was that he didn’t drop 60 or more points as he missed 5 free throws tonight. Booker commented after the game on his 5 missed throws that prevented him from dropping 60 tonight.

“Don’t even get me started on that… My dad’s probably waiting for me in the hallway right now.”

All jokes aside, Booker was everywhere on the floor tonight, it wasn’t just the scoring that was electric, it was the rebounding and facilitating that stood out as well as he had 6 boards and 5 assists to go along with his all-around great game. Before this game, there was a stat by NBA University on Twitter that recorded the 15 most double-teamed players in the league and how many points they score per possession while getting double-teamed. Booker was on that list ranking 6th in the league in that category despite the shooting slump he was having.

Chris Paul who dropped 18 points and 9 assists on 4 made three’s isn’t surprised by Booker’s great game today. But he would be lying if he didn’t say that sometimes when he watches him play that he isn’t in awe when he gets going like he did tonight.

“It’s unreal. I’ve had the opportunity to play with a lot of greats. Blake Griffin, James Harden, and now Book. Sheesh, you just try not to get caught watching.”

When you drop 58 points in a comeback victory, making it your 5th 50-point game, and become the 6th youngest player to score 12K points. @DevinBook take a bow. pic.twitter.com/hxElq1VzVv

How could you not? Especially in the third quarter when the Suns were down 83-59, Devin Booker went on to score 25 points in a row by himself to cut the deficit to 5 as they trailed going into the fourth quarter 89-84. It was an MVP type of performance and Monty Williams knows that as well more than anybody.

This kind of performance was extraordinary even for the normal fan watching this game tonight. When number 1 gets going like this, there are few in the world that can score as he can, and we as viewers were just witnesses to greatness tonight.

“I usually just want to make the right play every time.” Said Booker. “But once I get it going a little bit you know shooting over a hand is the right play.”