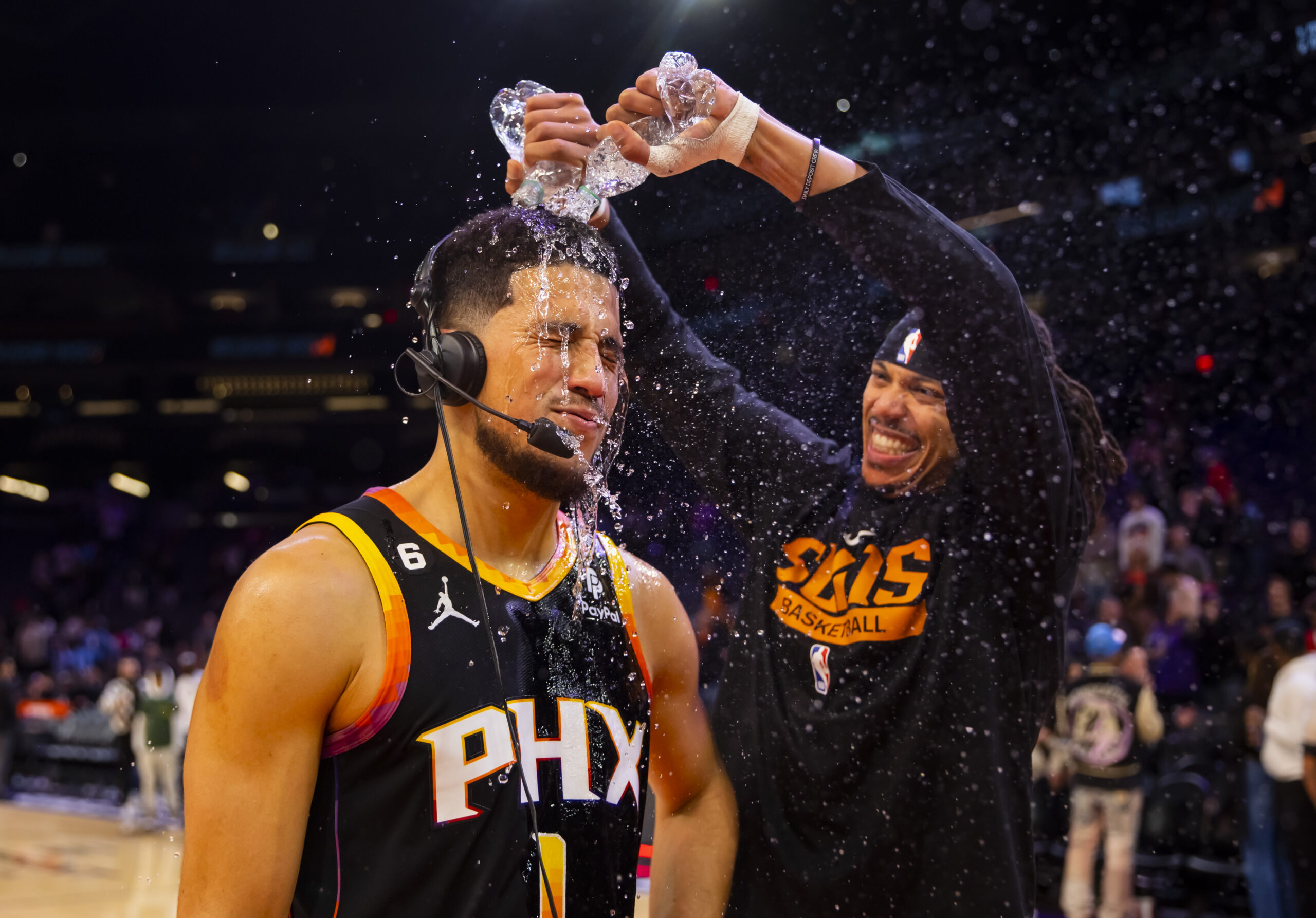 The Phoenix Suns overcame a 24-point deficit to defeat the New Orleans Pelicans in a thrilling Friday night game.

These two teams have had quite the history over the past year, which started after the Suns knocked the Pelicans out of the playoffs last season.

However, while the Suns were in the midst of a five-game losing streak, the Pelicans took care of business and really seemed like the better team in back-to-back matchups. They were physical, and there was plenty of chatter going on between the two sides.

This momentum looked to be carrying over for the Pelicans until halfway through the third quarter. Whether it was a second wind or just plain Booker magic, the Suns found a way to get the win.

The season series is now tied at two apiece.

Devin Booker finished the night with 58 points on 21 of 35 shooting. This performance snapped a four-game stretch of less than 20 points for D-Book.

Additionally, after just turning 26 years old, he has become the sixth youngest player in the NBA to record 12,000 career points. Booker joins quite the impressive list with names including Lebron James, Kevin Durant, Kobe Bryant, and Tracey McGrady.

At one point tonight, Devin had 54 of the Suns’ 96 total points. Absolutely unreal.

You know it was a spectacular performance when Lebron James sends out a tweet.

And of course, the rivalry comments are back. Even after Suns guard Torrey Craig tried to stop any mention of the word, fans can’t help but regard these two teams as having the best rivalry in the West.

We need this play off matchup https://t.co/5X2hU9QfZ5

Suns vs Pelicans this season:

Please meet in the playoffs pic.twitter.com/caugy9uOds

It is also important to note that the Phoenix Suns were without starting center Deandre Ayton, making this win slightly more impressive.

Phoenix is now just 1.5 games back of first place in the Western Conference standings. They will have a chance to improve their win streak to three this Monday against the Los Angeles Lakers.