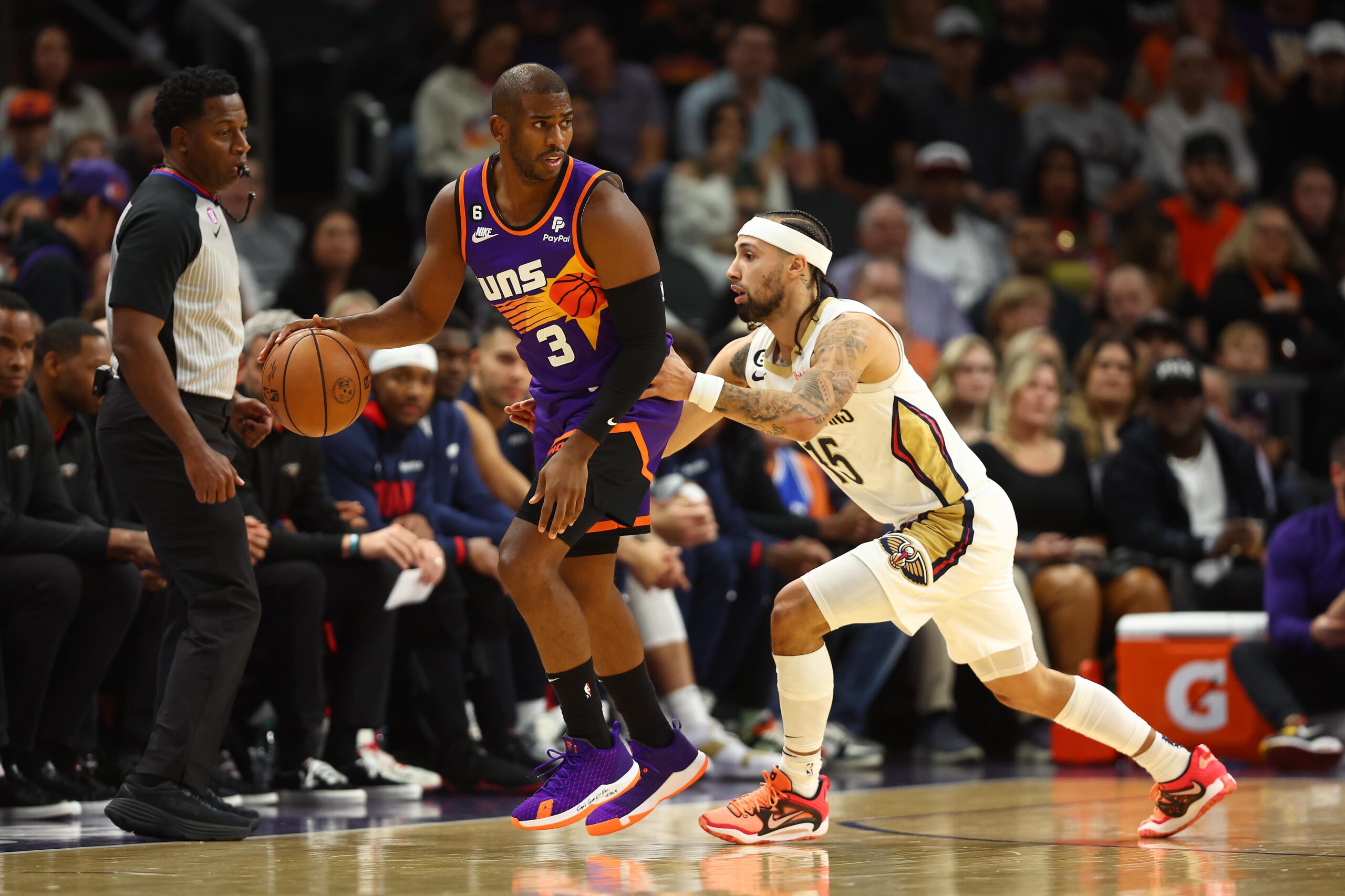 Tonight at Footprint Arena, the Phoenix Suns will be hosting the New Orleans Pelicans in a final game between the two teams. This is the third time in 9 days that these two teams are matching up against one another and the Pelicans have a 2-1 series regular season lead on them after taking the last two games against them at Smoothie King Arena with the Suns looking to even it up.

The Suns are coming off of a huge bounceback win against the Los Angeles Clippers after dropping 5 games in a row during the last week. Mikal Bridges had a bounce-back game dropping 27 points on 11-18 shooting and Chris Paul had a near triple-double with 15 points, 13 assists, and 7 rebounds to go along with 2 steals and a block. His defense on John Wall throughout the night was exceptional. The Suns also got great play from their bench as Josh Okogie dropped a double-double with 11 points and 11 rebounds and Jock Landale also dropped a double-double with 15 points and 10 rebounds which was the first time a Suns duo off the bench accomplished this feat in a game since 2010.

The Pelicans are coming off a three-point loss to the Utah Jazz losing 132-129 in a game where the Pelicans shot the ball well from three as they shot 40% but lost the free throw battle 37-28. Zion Williamson dropped 31 points on 50% shooting and making one three-pointer while C.J. McCollum dropped 28 points on 44% shooting and making 3 three-pointers while dropping 4 assists and 4 rebounds. Throughout the entire game, the Pelicans and Jazz had the same amount of assists, steals, blocks, and turnovers in what was a back-and-forth affair between the two teams but the free throw line is where the Jazz dictated the game to giving them the three-point win.

Josh Okogie is On The Rise:

I mentioned this in my podcast but Josh Okogie has been one of the Suns’ best players coming off the bench for them this season. Over the last 5 games, Okogie has averaged a +5.8 on the floor as he has been one of their most efficient players coming off the bench. He has back-to-back games with double-digit points while just dropping a double-double in the last game win over the Clippers. He has three straight games with at least a steal and two straight games with at least a block that has been on highlight-reel plays with him as of late.

JOSH OKOGIE WHAT THE HELL pic.twitter.com/69Wi4n0s3U

Josh Okogie is the best player in the NBA. pic.twitter.com/gI8QEV6DQK

The stat that not a lot of people are talking about enough is over the last 5 games, Okogie is averaging a 50/40/80 split. He has shot 52.9% from the floor, 46.7% from three, and 84.6% from the free throw line. He has had back-to-back games playing over 20 minutes and I expect that to continue in today’s matchup against the Pelicans while continuing the stellar play that he has been providing over the last week.

Got to Win the Free Throw Battle:

This seems like an easy answer for every game but it was definitely the deciding factor in the last two matchups between the two teams. Over the course of the season, the Pelicans have attempted the 6th most free throws in the league while the Suns have attempted the 2nd fewest free throws. When the Suns do get their opportunities at the line, they shoot 80% which is good for 6th in the league. The Suns have to find ways to get to the line more to enhance more pressure on opposing offenses. A key for them to accomplish this tonight is to be more active on the boards.

They’re taking a monster hit with Deandre Ayton out of today’s game with a left ankle injury, but for a team that struggles with defensive rebounding ranking 27th in the league, they must improve in that category to decrease more second-chance points for opposing teams and to get more fast break opportunities to put more pressure on defenses get matchup number disadvantages along with higher foul opportunities that can send players to the line.

Is A Big Game For Devin Booker On Its Way?

This is the million-dollar question. The Sun’s star player just returned from injury last game against the Clippers after missing two games with left hamstring tightness. Before the injury, Booker hasn’t been shooting the ball well as over the last 4 games he has averaged 14 points per game on 30.4% shooting and 20% from three. This also includes a 6-22 shooting performance against the Clippers coming off of injury.

Devin Booker has gone a week without scoring 20 points and similar to Mikal Bridges who had a similar shooting night at Houston going 4-24 before bouncing back against the Clippers, I expect Booker to bounce back in a big way on his home court. At home, Booker has averaged 26.9 points per game on 47.5% shooting and 37.6% from three. And before we forget how great of a player Booker is, there is a stat that has popped up as well on how well Devin Booker plays against double-team coverage looks per possession. He ranks 6th in the NBA while on this shooting slump and it will continue to get harder with Deandre Ayton and Cam Johnson out.

I expect Booker to remind people who he is on his homecourt by having a monster game against a team that they don’t like and for the Suns to escape with a win despite the injuries that they have as they’re 12-3 at home while the Pelicans are 6-7 at home. Tip-off begins at 7 PM.