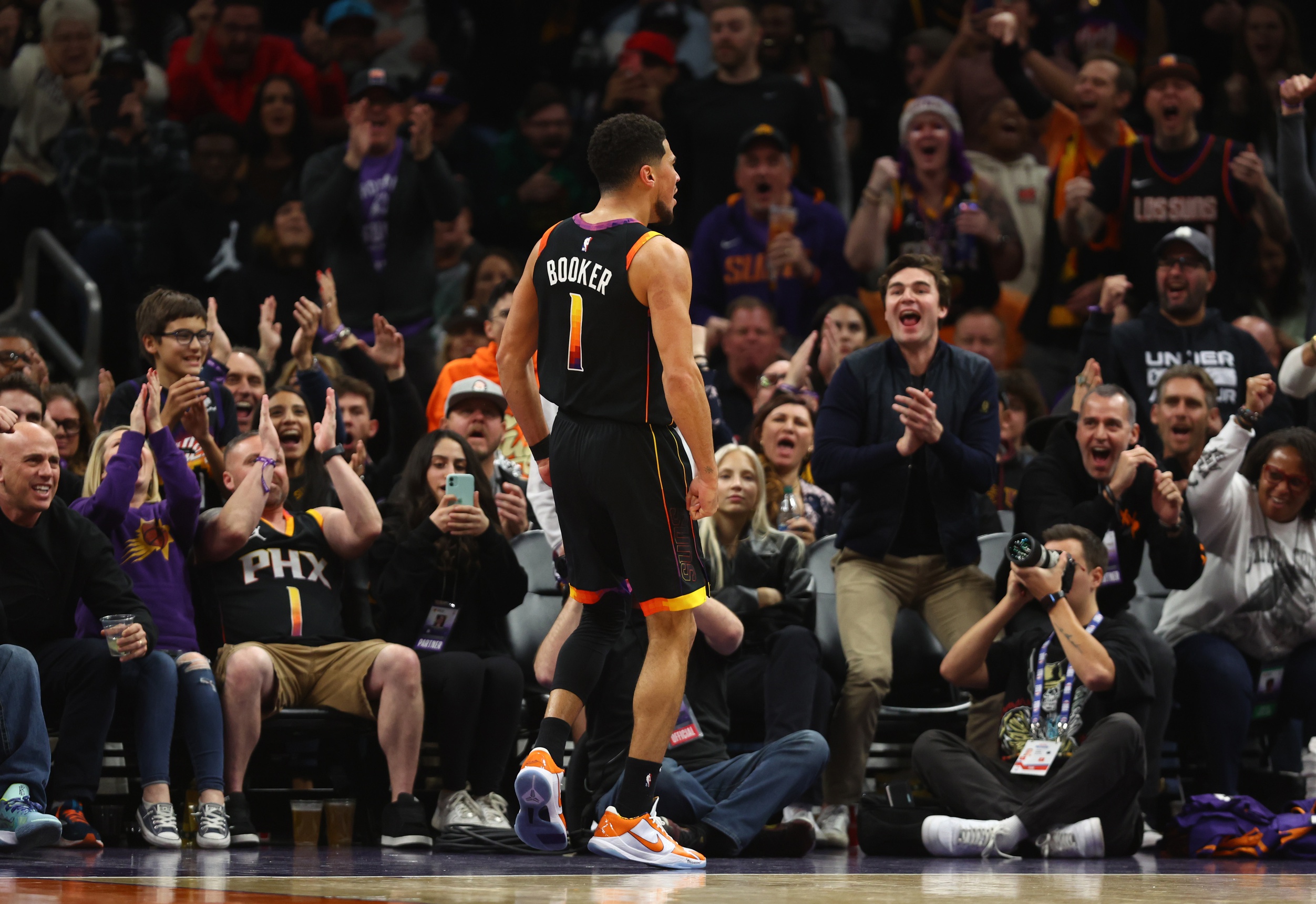 Devin Booker had himself a night as he dropped 58 points to go along with 6 rebounds and 5 assists. Before he got his 58th point, he became the 6th youngest player to reach 12,000 career points trailing only LeBron James, Kevin Durant, Kobe Bryant, Carmelo Anthony, and Tracy McGrady.

With his 57th point tonight, Devin Booker has now reached a career-high 12,000 points!

Book is the 6th-youngest player in NBA history to 12,000 career points, trailing only LeBron, Durant, Kobe, Carmelo and McGrady. pic.twitter.com/M9scnBshrq

Booker was having that type of night shooting the basketball as he shot 60% from the field and made 6 three’s to cap off the night. His 58 points ended up being a record set at Footprint Arena as history was witnessed all over the arena in last night’s victory over the Pelicans. After setting a couple of high-scoring games in his career that have ended in losses, Booker is just happy to finally set a scoring record in a win.

“One hundred percent. I always bring it back to the franchise that believed in me. They drafted the 18-year-old kid
out of Kentucky. To be here through the ups-and-downs and to have the struggle years and the people still stay
with us and with me and believe, to do it here in front of our home crowd was very important.”

It was a night to never forget in Devin Booker’s career, and now he can say this season that he dropped 50 points in a win in two games in front of their home crowd.