Suns Come Back From 24 Down to Beat the Pelicans 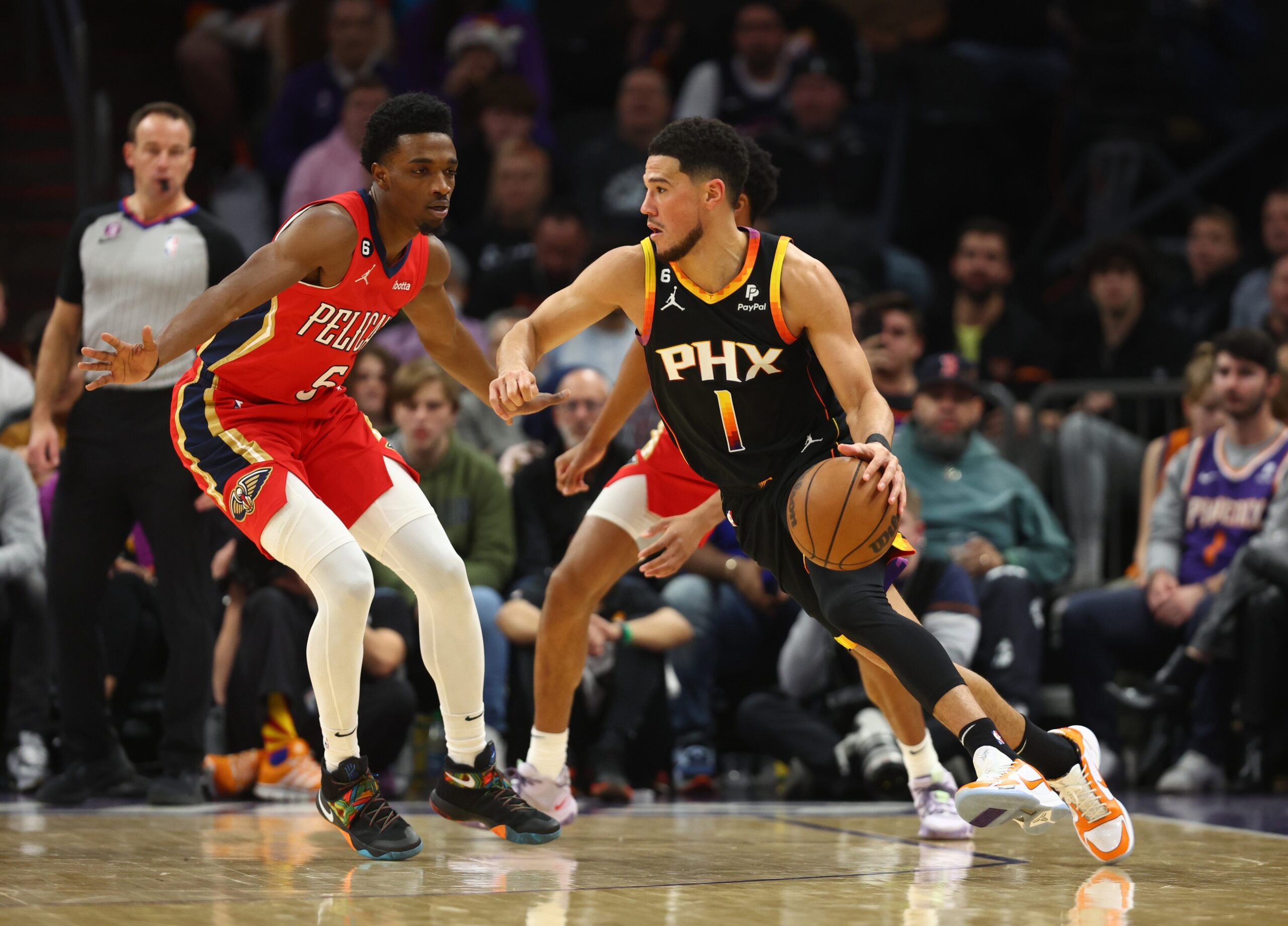 Man oh man what a second half it was at the Footprint Center as the Suns complete the 24 point comeback by defeating the Pelicans by a final score of 118-114. Devin Booker was phenomenal as he dropped 58 points and could’ve easily had over 60 if it wasn’t for 5 missed free throws. He did this on 60% shooting from the field and making 6 threes which was a career high for him.

The Suns were trailing 83-59 before Booker went on to score 25 straight for the Suns as they completed a 25-6 run. It was an MVP statement performance type game by the Suns and talk about a way to get off of the shooting slump. Chris Paul added 18 points of his own with 9 assists as he had 3 huge three pointers in the second half that helped mount the comeback for the Suns.

But, even with Booker being as phenomenal as he was, the Suns don’t win this game without the effort from Josh Okogie off the bench. He had 7 points and 6 loud rebounds to help get the Suns a lot of second chance points in this game. He was huge in the win tonight as he has been the last 6 games for the Suns.

The biggest win of the night was the Suns shot 35 free throws and the Pelicans only shot 13 which was a key emphasis in todays game for the Suns to out shoot them from the free throw line. Zion Williamson was great in the second half as he poured in 30 points with 24 of them coming the second half. CJ McCollum cooled off after dropping 24 in the first half to finish with 27 for the game while scoring only 3 second half points. Naji Marshall was also key for them in this game with 11 coming off the bench.

The Suns next game is at home against the Los Angeles Lakers with LeBron coming to town but until then, it was an impressive win for the Suns and now they even the series against the Pelicans 2 games apiece for the regular season.