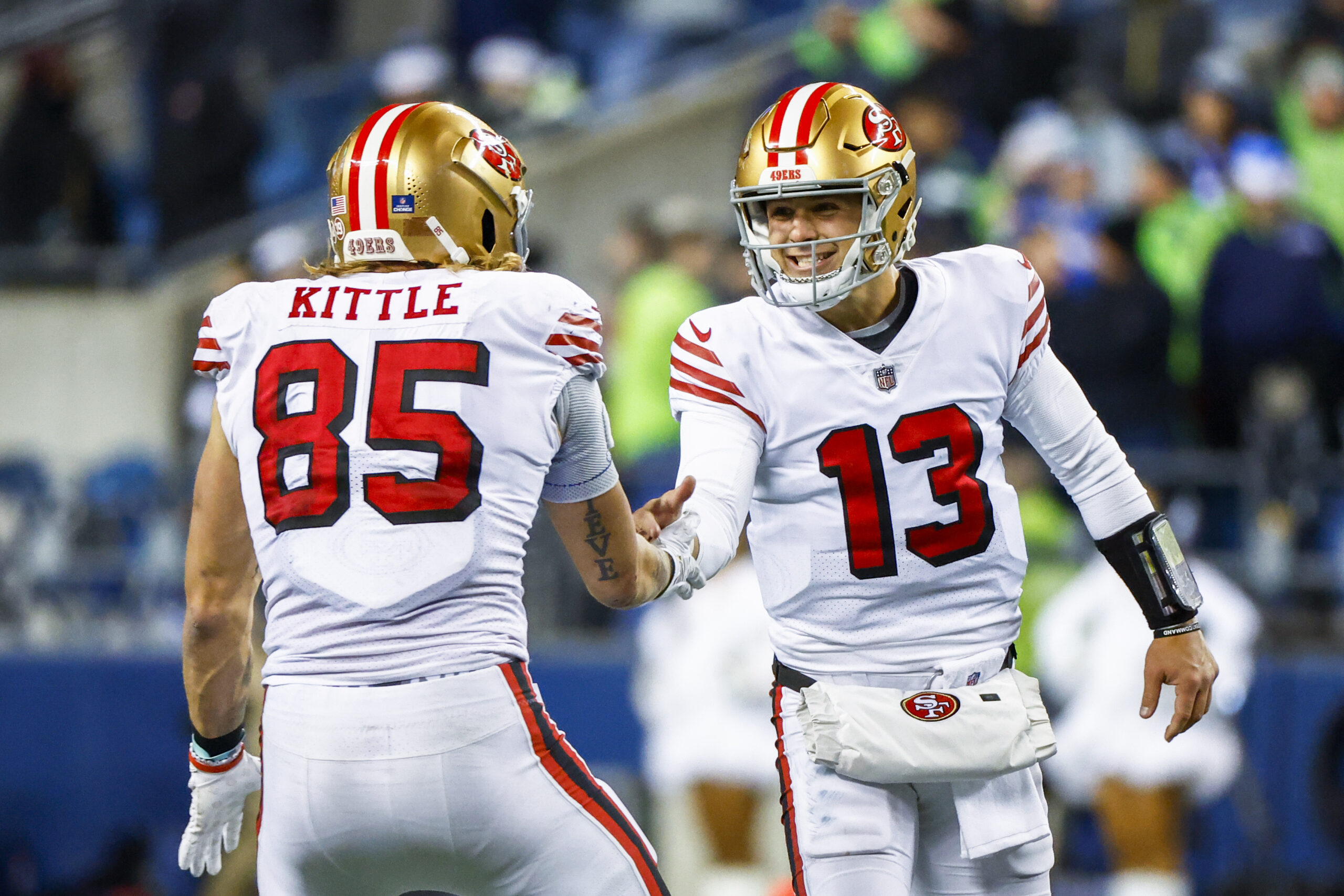 The NFC West is no longer up for grabs after the San Francisco 49ers sealed the top spot on Thursday night.

San Francisco is just the second team to clinch the playoffs, following the Philadelphia Eagles, who did so last week.

With a 21-13 win over the Seattle Seahawks, the 49ers take the division crown for just the second time in the past ten years. A number that seems miniscule considering the recent success San Francisco has seen.

And this clinching was not done in any ordinary way. Granted, the team is filled with talent left and right, but it was Mr. Irrelevant Brock Purdy who led the charge at quarterback, helping his team to victory.

Tonight, he cemented his place in history by becoming the first Mr. Irrelevant quarterback to take his team to the playoffs. Against Seattle, Purdy threw for 217 yards two touchdowns, and finished with an astounding 125.9 QBR.

The Arizona Cardinals will get a shot at the 49ers in the final week of the 2022 season. Although there will not be much importance in the matchup from the Cardinals’ sideline, Arizona will at least have the chance to end the year on a high note.