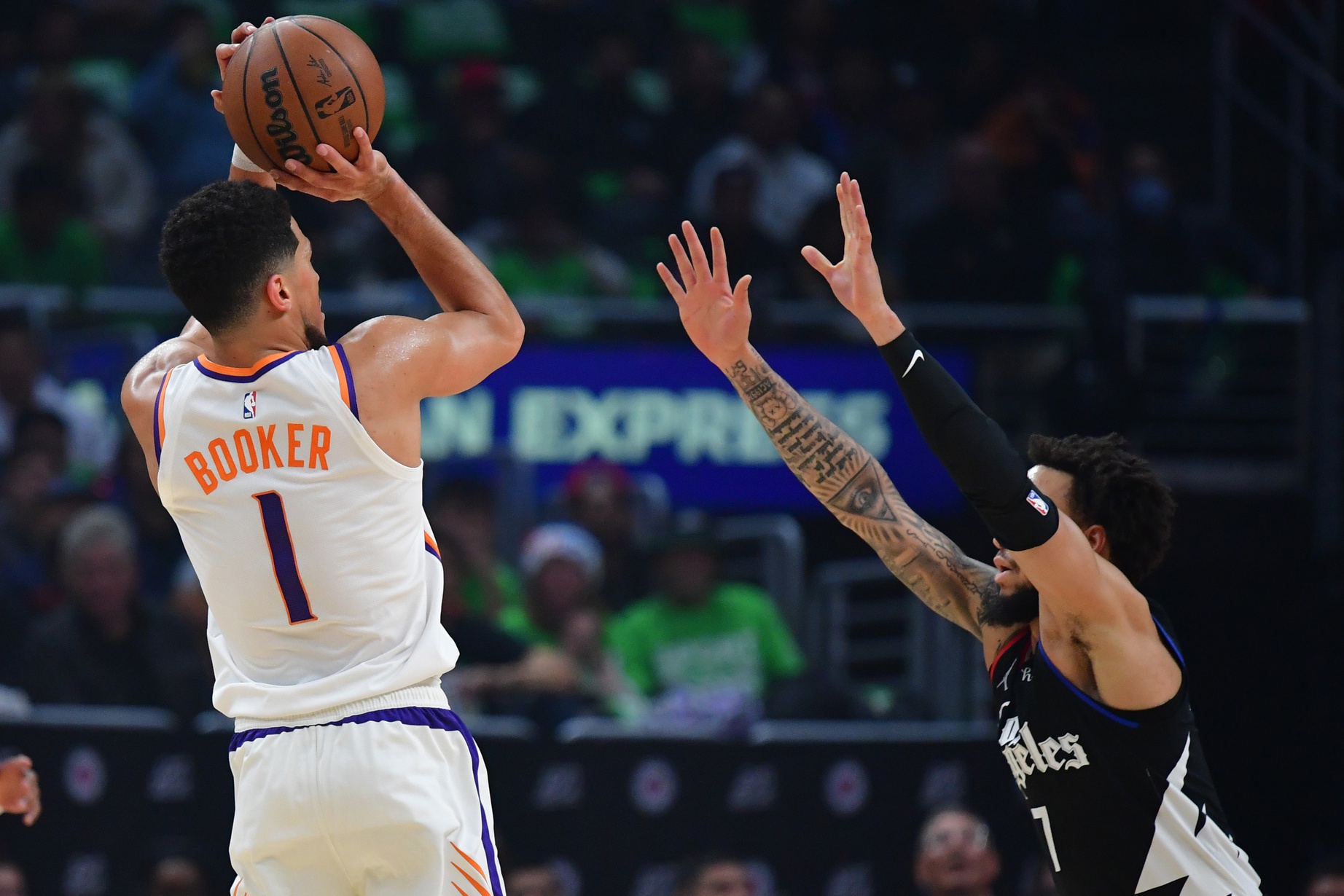 There’s a sense of minor desperation for the Phoenix Suns to get back in the winning column on Thursday. Their chance couldn’t be much better against a shorthanded Los Angeles Clippers team.

The Clippers — 17-13 on the season — are coming into Thursday without Paul George and Kawhi Leonard. LA is missing other key contributors as well. Phoenix isn’t fully healthy also, given Deandre Ayton‘s ankle injury along with Cameron Payne‘s foot injury, it nearly levels the playing field.

The Suns still hold the upper hand though with Devin Booker, and that was apparent in the first half, as the Suns lead 64-37 at halftime.

The first quarter didn’t show much of a separation in talent numbers-wise. Phoenix was able to put up 29 first-quarter points, but LA wasn’t far behind for the vast majority of the quarter. Phoenix is currently averaging 27.7 points in the first quarter during its last three games.

Even without George and Leonard, the Clippers still had John Wall reigning the offense in. Wall’s services weren’t nearly enough though, as the Clippers had only shot 29.4 percent from the field with only four minutes remaining in the first half.

Mikal Bridges was also resurrecting from his disappearance recently. Bridges is up to 14 points in the half while shooting 6-of-9 from the field.

The real question came into play as to which player would efficiently fill the void left by Ayton. Though not starting, that answer seemed to be Jock Landale. Through 12 minutes, Landale posted six points along with two rebounds and one block. Bismack Biyombo was given the starting nod, but he hasn’t been able to put up together a decent showing thus far.

Booker has looked to step up as well. The star guard put together 12 points through the half while going 5-for-12 from the field and three assists.

Phoenix is coming off a heartbreaking loss to the Houston Rockets, making it the fifth loss straight. Losing to the Clippers could raise eyebrows.