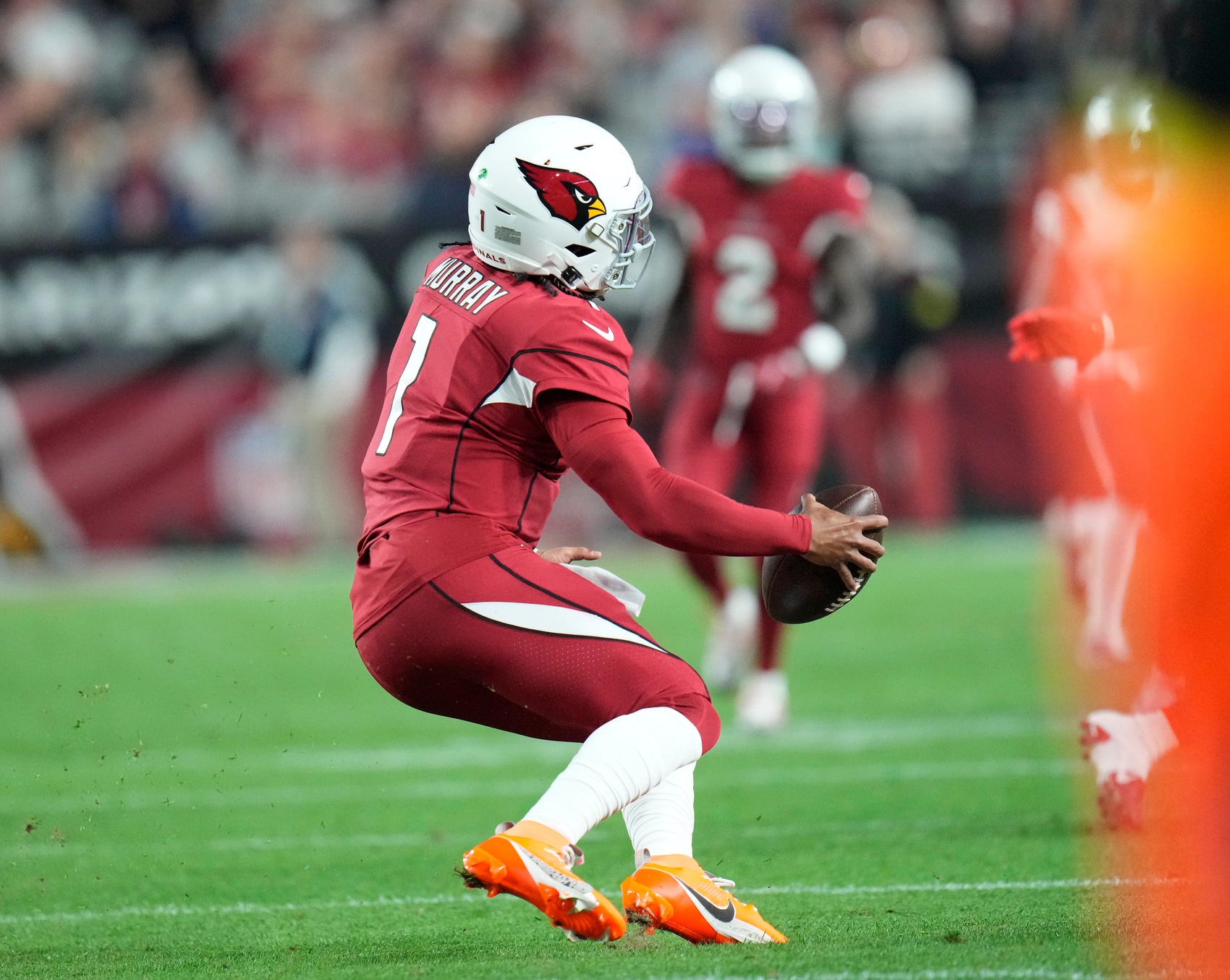 The Arizona Cardinals‘ season has possibly taken another turn down misery lane. With less than two minutes gone in the first quarter, Kyler Murray appeared to suffer a non-contact leg injury while rushing against the New England Patriots.

The injury appears to currently be serious, as Murray doesn’t seem to be returning to the Monday night contest.

Prayers up for Kyler Murray

Kyler Murray is down pic.twitter.com/kNweUR8YHg

The Cardinals season was practically over prior to Monday’s contest. And still, seeing Murray dealing with an unfortunate injury that could end his season early is deflating. The Cardinals will now depend on Colt McCoy to steer them to a victory in Week 14.

McCoy has seen a fair amount of action this season given Murray’s prior hamstring injury. Be that as it may, Arizona is without third string backup Trace McSorley as well. Given that, making it out of the Patriots’ matchup would be a success alone with no more serious injuries.

The widespread belief is that Murray is feared to have teared his ACL, which would signify the end of his season. After signing Murray to a max extension last summer, it would be disheartening for the Cards to lose their franchise quarterback for the foreseeable future.

Arizona hasn’t had the best season it’d hoped for. After betting on being champion favorites, there’s been one mishap after another. The end result has been a 4-8 record, placing the Cards third in the NFC West.