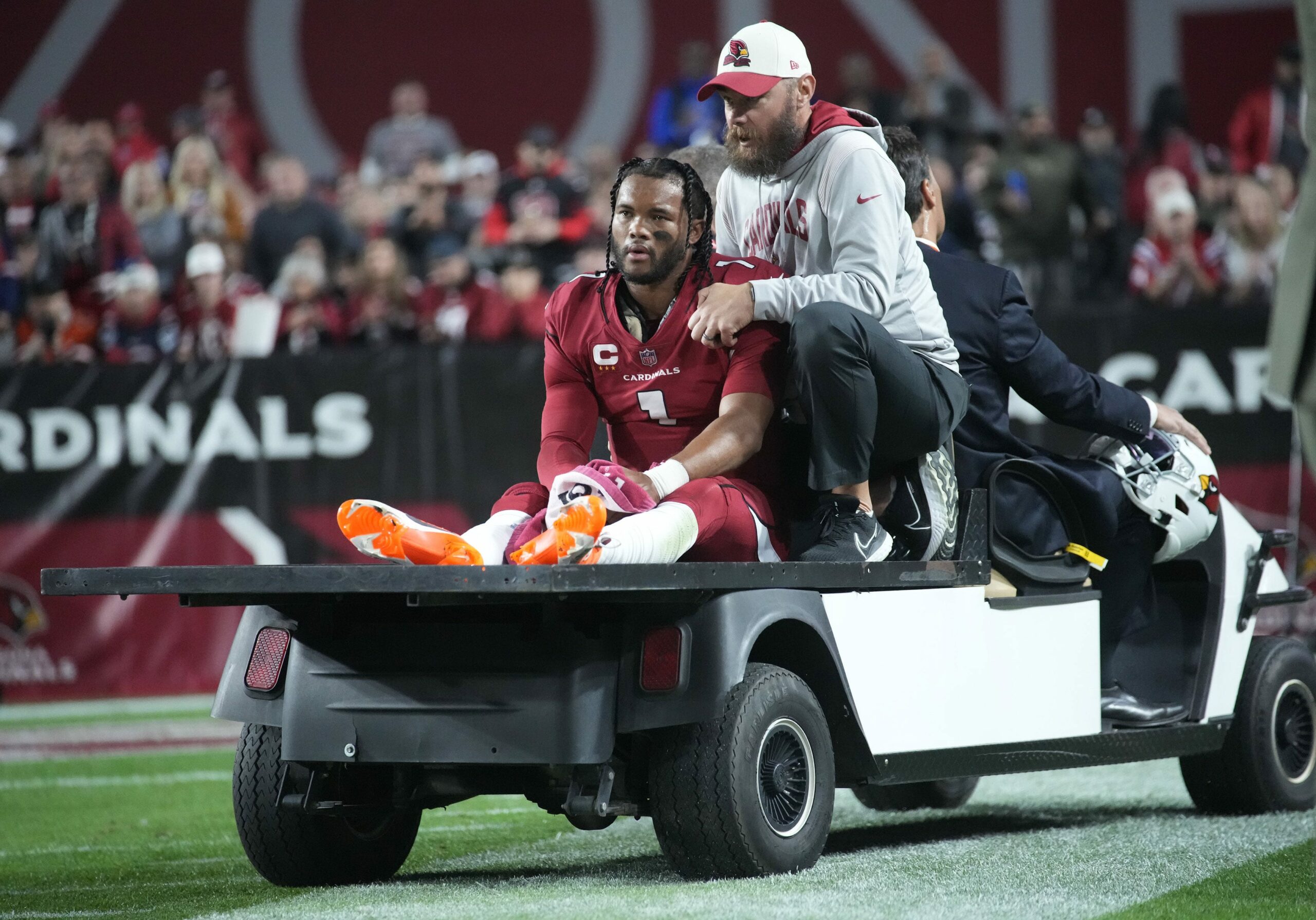 If you were asked to summarize the 2022 Arizona Cardinals season, the first half of this Week 14 matchup against the New England Patriots would be a great place to start.

On just the third play, QB Kyler Murray was carted off the field with what appeared to be some sort of knee injury. Although nothing is official, fears have spread about the potential of a torn ACL, which would mean Murray’s injury has the chance to carry into the 2023 season.

An absolute nightmare for the Cardinals front office.

Thankfully, the rest of Arizona was able to rally behind the injury and play a spectacular first half on both sides of the ball.

Yet despite this excellent performance, the Cardinals head to halftime with just a 13-10 lead. This can be credited to a poor decision by Kliff Kingsbury with just 40 seconds left on the clock.

Instead of kicking the field goal to end the half with a 16-7 lead, Arizona elected to go for it, and it was no-good.

The Patriots capitalized on the opportunity with a 51-yard field goal as time expired.

After Kyler left the game, backup Colt McCoy took over for the third time this year. McCoy led the Cardinals quickly down the field, but Matt Prater missed wide left on a 50-yard field goal to keep the game even.

It was not until 30 seconds into the second quarter that the first points were recorded. It was a 33-yard field goal from Prater that gave the Cardinals a lead.

However, the New England Patriots quickly answered this field goal with a lengthy drive of their own. An eight-play, sixty-yard drive was capped off with a Kevin Harris 14-yard rush. It was their first touchdown in the red zone since Week Nine.

Following this drive, Arizona came up about a foot short of answering with a touchdown of their own. Hopkins put his bid in for catch of the year but was just out of bounds on an insane one-handed grab.

DeAndre Hopkins adds another insane catch that didn’t count to his highlight reel. He’s gotta be the leader in that category.

Instead, Matt Prater marched back onto the field to kick another field goal. It was a 32 yarder that brought the game within one for Arizona.

This was then added to shortly after with one of the best Cardinals drives of the season. Robbie Anderson led the charge with a couple of grabs, including a speculator one-handed catch.

James Conner then punched it into the end zone with a powerful 10-yard run, breaking through the entire Patriots offensive line.

NOT TO BE DENIED 😤@JamesConner_ x #ProBowlVote pic.twitter.com/ev3an6Vxnn