Suns Vs. Pelicans Ready For Round 2 At the Smoothie King 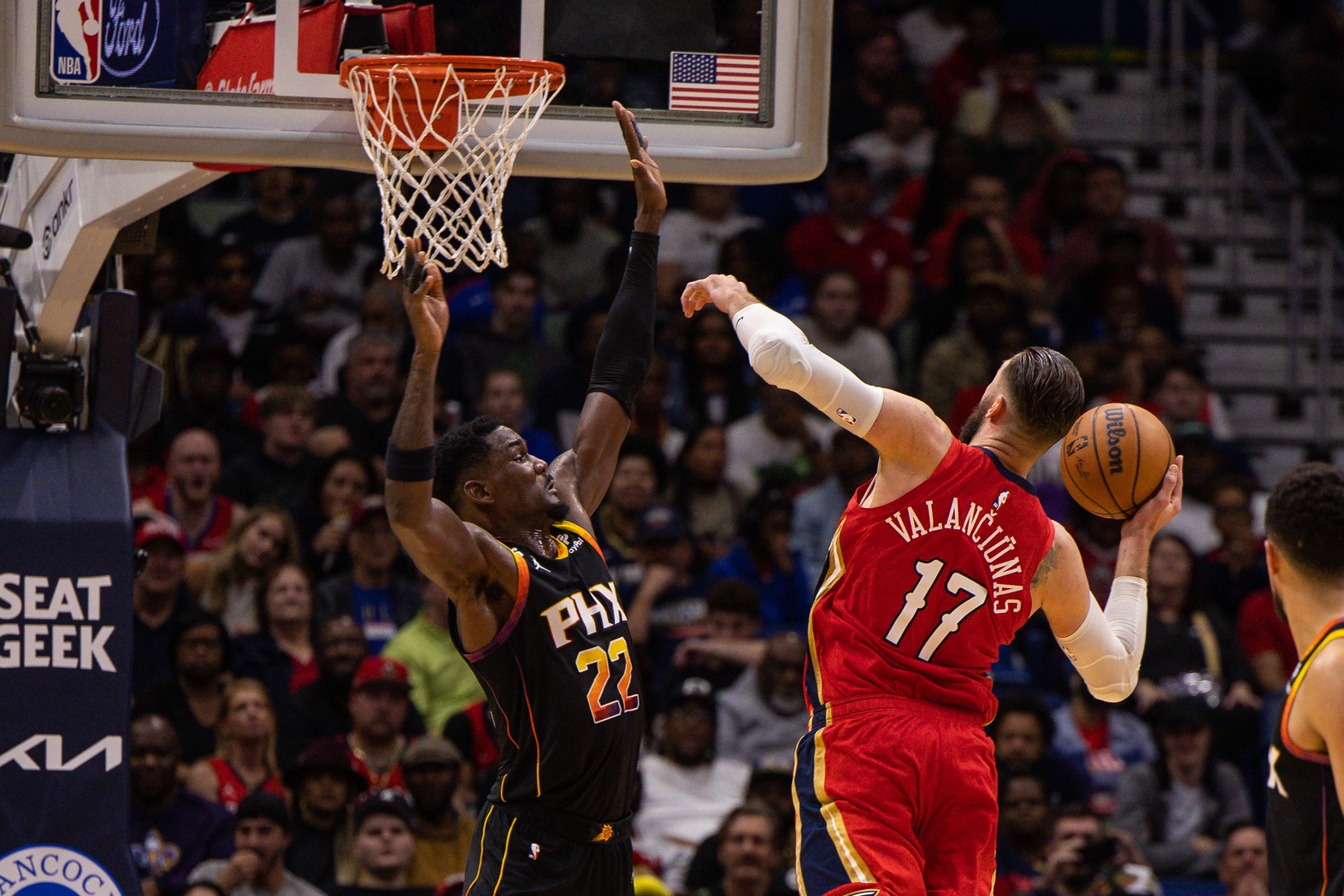 Later today at the Smoothie King Center, the Phoenix Suns will be taking on the New Orleans Pelicans for a round 2 matchup in New Orleans and after last games dunk by Zion Williamson there should be a lot to look forward to in today’s head to head matchup.

The Suns are coming off a heartbreaking loss in which they didn’t shoot the ball as well as they were hoping for while also not getting good production from star players Devin Booker and Mikal Bridges who combined 9-29 from the field. Which brought them to 31 percent for the game.

The Suns as a whole didn’t get enough free throw shots up as well as that was the name of last game. The Pelicans shot 35 free throws while the Suns only shot 13. Head coach Monty Williams didn’t understand the disparity of the two teams shooting that many free throws given that they play a similar brand of basketball.

There are a lot of things the Suns have to do differently to get a much different outcome to put this three game skid to bed. Here are two keys in today’s game for the Pelicans.

Will the Real Mikal Bridges and Devin Booker Stand Up:

I don’t know what has happened to Mikal Bridges and Devin Booker over the past three games but it’s not a coincidence that a lot of the teams success comes strictly when they’re both playing at a high level.

Both players haven’t been playing necessarily bad, both players are just in an all time shooting slump at the same time. With Booker dealing with hamstring tightness, I expect Bridges to find his shot in this matchup and for him to exploit different mismatches that will get him open in the perimeter as he’s hoping to find his shot. I believe he can against a bottom 25 unit that gives up open looks from three point range.

With Booker it’s all about getting to the foul line. As a star player in this league, he has to find ways to generate more points by getting the foul line similarly like he did against Golden State. He needs to see a few baskets fall in his favor to change course from his slump.

Get To The Free Throw Line:

35 to 13 free throws is just unacceptable and this has been a constant theme with the Suns all year. The Suns gif to look to attack first by getting in the paint and forcing the refs hands early to call fouls. The Suns need to shoot more free throws if they want to win this game.

Over the course of the season, the Suns rank 27th in field goals made and 28th in field goal attempts. For a team that is top four in the conference that’s impressive but they would be even better if they can consistently get to the foul line.

The Pelicans give up the 5th fewest fouls and 9 fewest free throw attempts. It will be a challenge for the Suns but they need to find a way to match New Orleans physicality a lot more than they did last game.

The Pelicans and Suns tip-off at 1:30 PM at the smoothie king center in New Orleans and it looks to be another good contest between two western conference contenders.