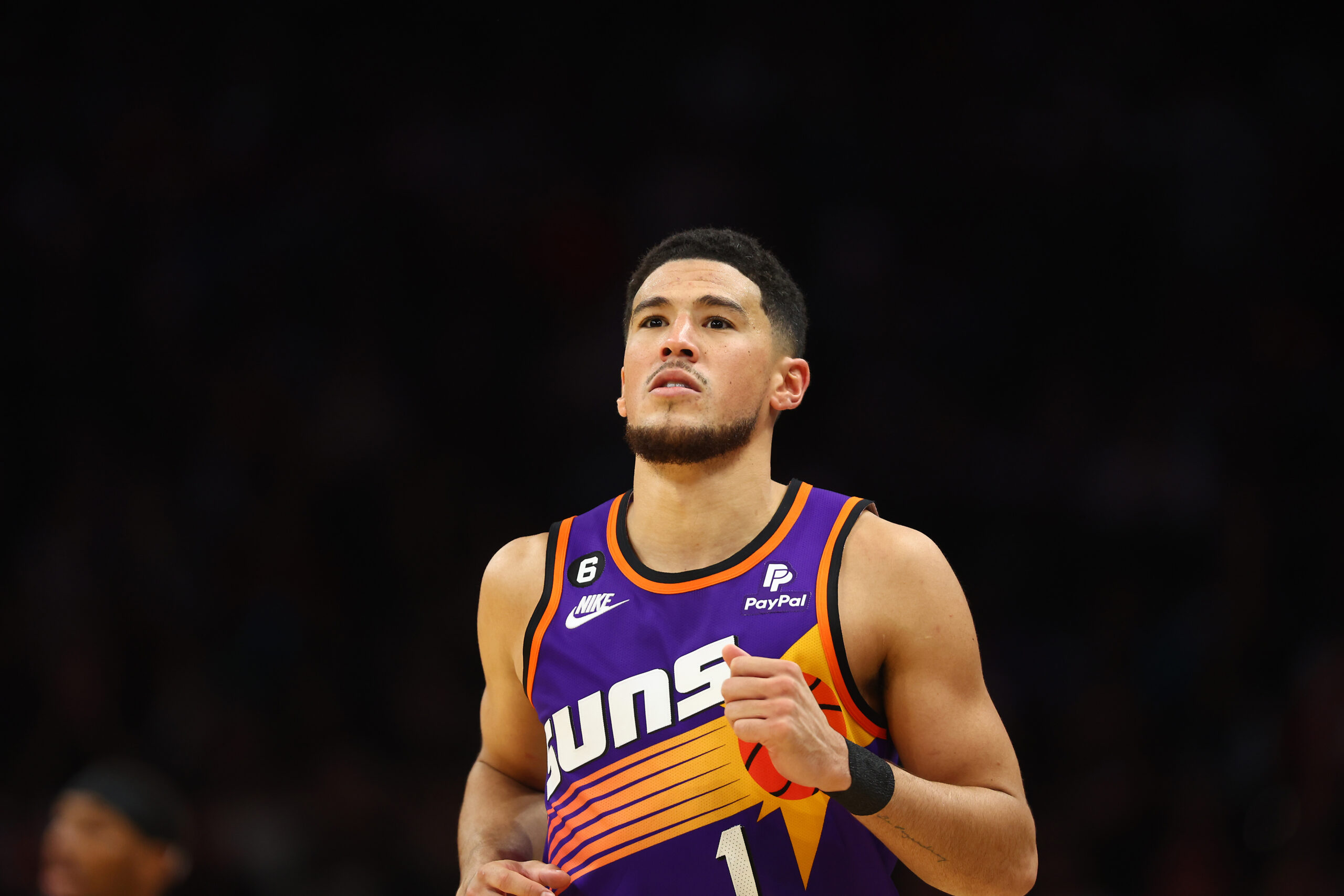 Another night, another MVP caliber performance from the Suns’ SG Devin Booker. With Phoenix’s 121-104 win tonight, they are now 15-6 on the season and an impressive 12-1 at home.

The Phoenix Suns are in the midst of a six-game winning streak, which extended tonight thanks to an incredible performance from D-Book.

Heading into the third quarter, Booker was shooting 20–25 for 51 points. Unfortunately, the Suns elected to sit him in the final quarter, so there was no further stat padding.

Additionally, according to ESPN, “Devin Booker is the 2nd player over the last 25 years with 50 points and 80% shooting through the first 3 quarters of a game.”

Devin Booker is the 2nd player over the last 25 years with 50 points and 80% shooting through the first 3 quarters of a game, joining James Harden on Nov. 5, 2017 against the Jazz. pic.twitter.com/RYkK1F17B0

Fans loved every second of the spectacular performance put on display by the three-time All Star tonight.

Some are even calling him the greatest player in Arizona sports history.

Man. I can’t describe the feeling of watching Devin Booker score 51 in front of a Phoenix crowd in the purple sunburst jerseys against the Bulls. It’s like this guy was destined and born to be a Sun.

He will go down as the greatest athlete in Arizona sports history.

And of course, the MVP chants are beginning to ring.

51 points on 20/25 shooting for Devin Booker tonight. He only played 3 quarters.

This is what an MVP looks like.pic.twitter.com/DHBPqw11uZ

But it is also important to note the assistance brought on by Deandre Ayton. The big man had a season high of 30 points and now has ten straight games with 10 or more rebounds.

This duo is something special ⭐️ pic.twitter.com/HOj5AR07Xx

The Phoenix Suns will now look to extend their winning streak to seven this Friday against the 5-16 Houston Rockets.