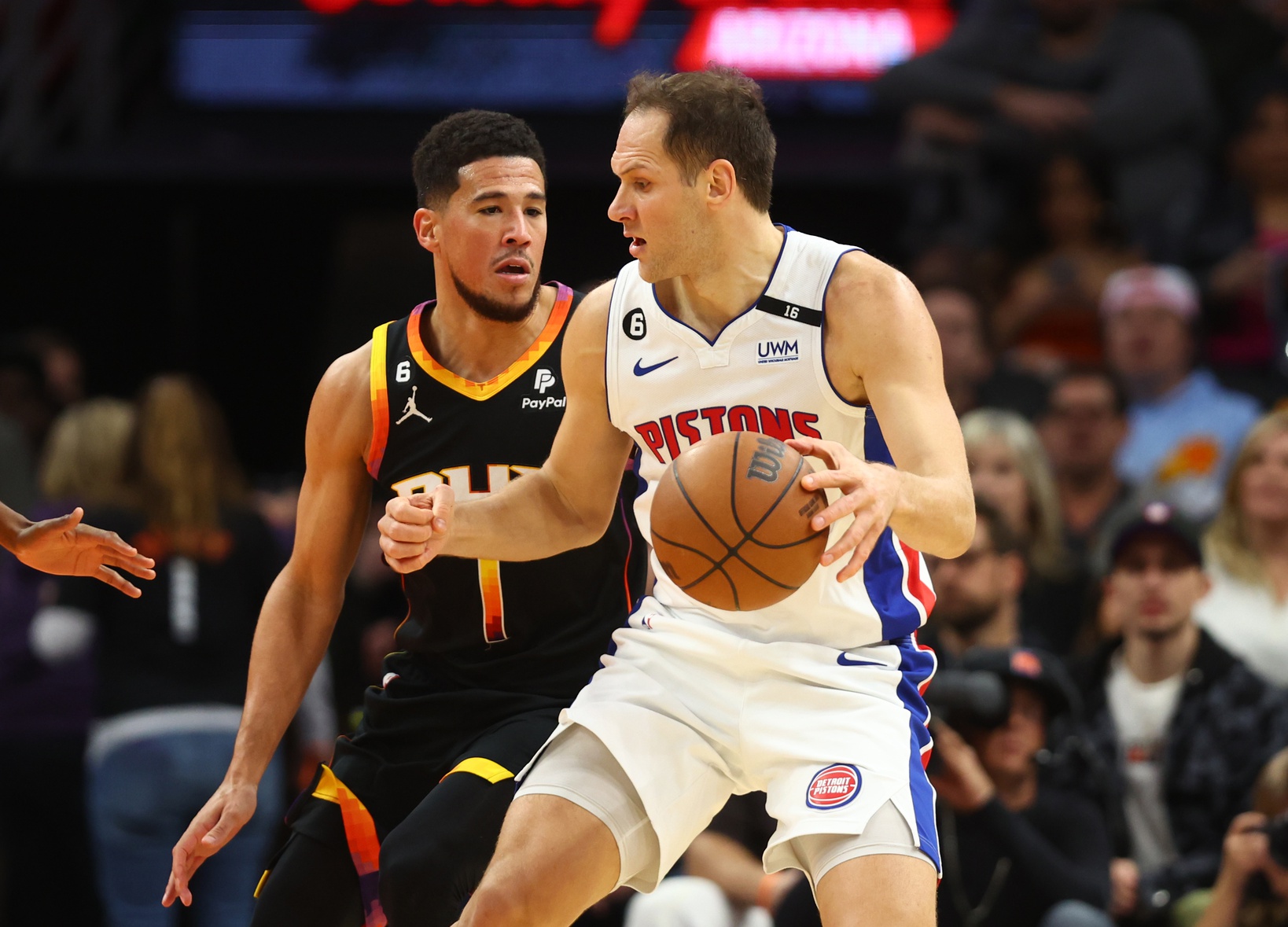 There’s no days off in the Western Conference, even if the Phoenix Suns found themselves against a lowly Detroit Pistons squad on Friday. Detroit had won its last two after dropping seven in a row. Given that, the Suns could have been in for an easy night if they’d displayed the same mentality that’d made them a 11-6 group on the season.

Yet Phoenix couldn’t catch fire from three-point range, having one of their worst shooting nights on the early season. As such, Detroit was able to hang around for most of the game, while even taking the lead.

Though by the slimmest of margin, Phoenix was able to secure a 108-102 win over Detroit.

It seemed as though Phoenix decided to play down to its opponent’s level, and that didn’t go well coupled with a horrible shooting performance for the half. The Suns shot 20 percent from three-point range during the first half. To add to that, the bench was up to only 16 points through the first half.

The Pistons focused most of their offensive game on attacking the paint and efficient scoring from mid-range. Though it wasn’t a large lead, Detroit walked away with a 54-53 lead over a more talented Phoenix squad at the end of the first half.

The Suns were going to need a change in offensive direction going into the second half or a spark that ignited them from downtown to jump back into the game.

The Suns were going nowhere fast in a match to outlast the Pistons as the second half got underway. The Pistons seemed to have an answer for every shot the Suns managed to convert on.

Yet as time dwindled down to the three-minute mark, Phoenix went on a 9-0 run that was heavily led by Mikal Bridges. Bridges had went 0-for-8 during the first half, but that didn’t stop the 26-year-old from letting it fly for two back-to-back threes against Detroit. He put up all 13  of his points during the quarter.

Booker joined in on the shooting spree, knocking down a three-pointer to help extend the Suns’ lead late in the quarter. He’s up to 20 points for the game to go along with six rebounds and five assists.

Ayton was miraculous during the first quarter, and continued to have solid play throughout the second and third quarter as well. After putting up 10 first-quarter points, he was up to 20 by the end of the third quarter along with nine rebounds.

The Suns had a legitimate chance to close out the Pistons early in the fourth quarter if they maintained the same level of play that’d transpired midway through the third quarter.

The Suns had created a small lead at the end of the third quarter, but there was still a quarter of basketball left for a motivated Pistons team. The reserves kicked off the fourth quarter, which was a risky spot given the streaky shooting from Phoenix as a whole on Friday.

If for nothing else, head coach Monty Williams would simply want his bench unit to maintain the Suns’ lead if they weren’t able to increase it. Damion Lee and company were able to do just that as help from the starters arrived with six minutes to go in the contest. Jock Landale was a no-show at Williams’ choosing yet again, as Bismack Biyombo took up most of the backup center minutes.

Yet the Suns were allowing the Pistons to take away their leading window due to poor shot selection and turnovers. Killian Hayes continued his redemption performance as he attempted to will Detroit to a victory. He was up to 15 points, eight rebounds and eight assists with four minutes remaining in the game. Critical free throws and fouling trouble dampened the Suns’ momentum as well.

As time winded down, the Pistons proved that they were prepared to battle down to the last second. A few fortunate possessions landed in the Suns’ favor, allowing them their 12th win on the season.

By all means, it was simply a game that had sloppy looks from every aspect of the Suns’ game. Phoenix will have an uphill battle from that of Detroit on Saturday as they face the Utah Jazz.