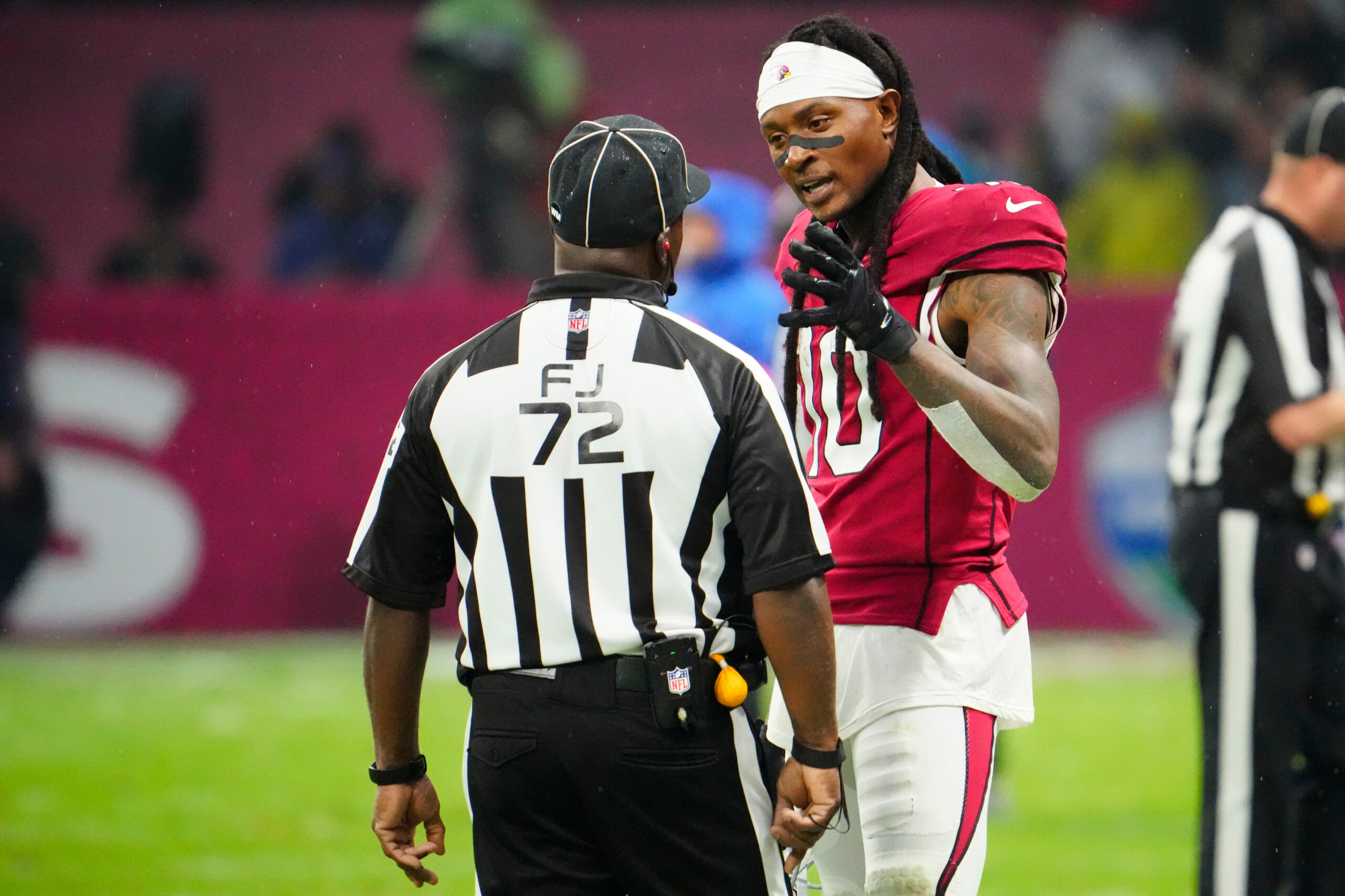 The penalty itself was already controversial. In what would have been a first down, a pointing of the finger pulled the Cardinals back into a long 3rd down conversion.

A conversion in which they failed to convert.

This is a SOFT taunting penalty on DeAndre Hopkins 😭pic.twitter.com/1Fz6y3wia6

Fans were not very happy for the penalty in the first place, and for good reason.

The @nfl is a joke. That taunting penalty on @DeAndreHopkins was absolute garbage. Let the kids play. #nfl #nofunleague

That unsportsmanlike penalty on @DeAndreHopkins was ridiculous. @NFL keeping their reputation alive #NOFUNLEAGUE

DeAndre Hopkins is definitely not a protected player in the NFL

Counting the opposing players that were on coverage does not seem to equate to a $10,000 fine.

Luckily, the NFL did not go as far as suspending Hopkins, so he will be good to play this Sunday versus the Los Angeles Chargers.