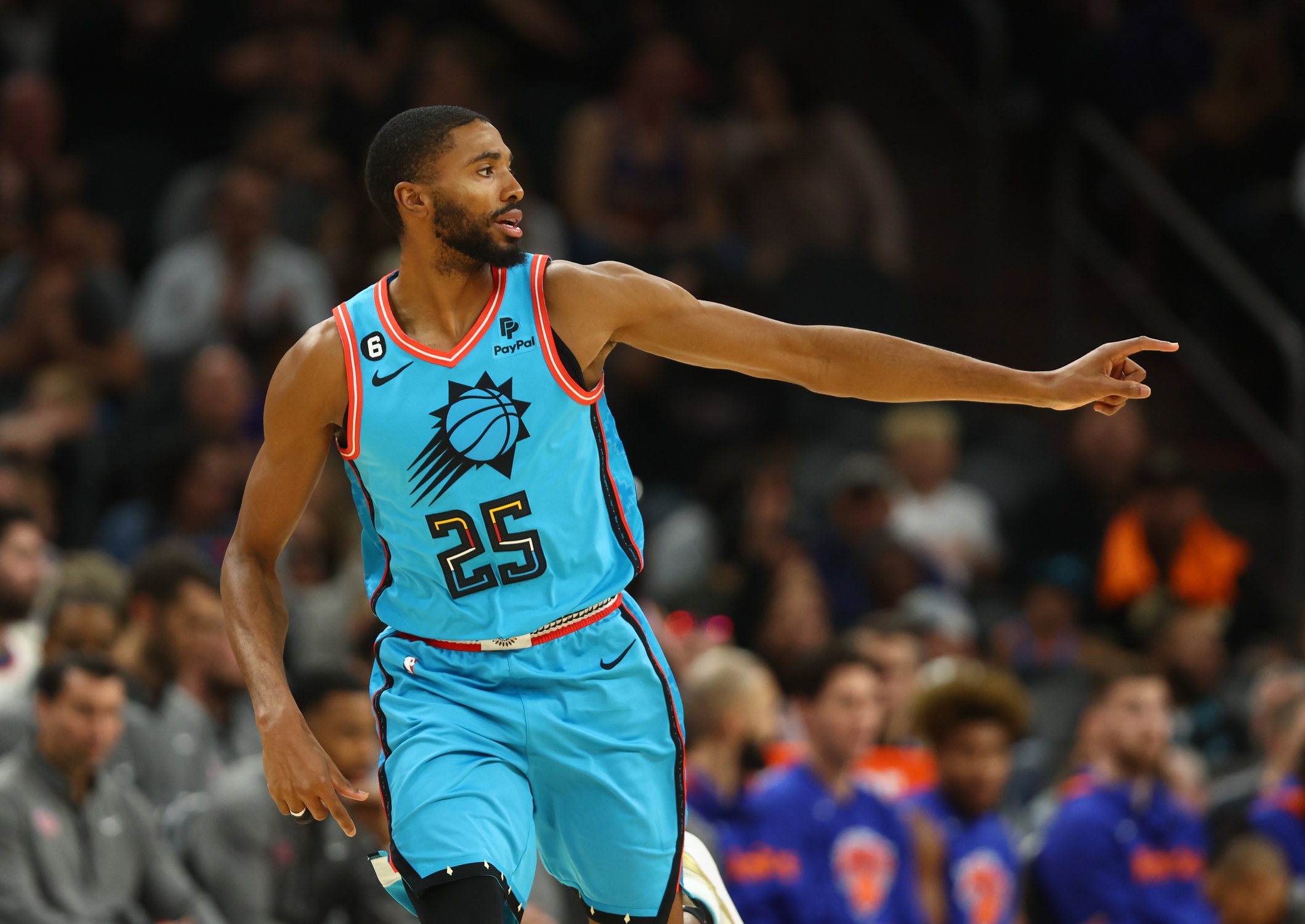 The Phoenix Suns could be putting together another winning streak on Tuesday against the Los Angeles Lakers. Phoenix is coming off an impressive win against the New York Knicks on Sunday.

As for the Lakers, their season hasn’t went according to plan, but LA has been able to put together some decent looks lately.

Phoenix was determined to put its stamp on the game early, but a shooting slump would allow the Lakers to lead 55-53 at halftime.

The Lakers are without LeBron James coming into Tuesday’s contest. James, 37, is still dealing with a left adductor strain that’s sidelined him for five games. James’ close friend and Suns point guard Chris Paul is also out of action once again. Paul has been dealing with a heel issue that’s kept him out of the last seven games for Phoenix.

Devin Booker got off to a slow start in the first quarter. He missed his first four shots before finally connecting on a close jumper. He finished the quarter with 11 points on 4-of-9 shooting.

Mikal Bridges was a scoring sensation from start to finish in the first quarter. He connected on all three of his shots, including two of those being three-pointers. Bridges also grabbed three rebounds.

Deandre Ayton was only able to put up two points during his first quarter stint. He went 1-for-3 from the field, including a three-point attempt. He did, however, grab four rebounds.

The task at hand for Phoenix will be containing Anthony Davis, who’s caught fire lately. The Lakers’ star big man has averaged 35 points along with 17. 3 rebounds per game in his last three games. Davis was able to put together a seven-point, seven-rebound quarter.

The Suns were able to hold onto the lead with a 26-22 score at the end of the quarter.

Cameron Payne along with Bridges started the second quarter with the reserves unit for Phoenix. While the Lakers focused primarily on attacking the paint, Phoenix seemed content on launching from beyond the arc.

LA was able to stay in range of Phoenix, but the three-point scoring began to widen the gap. Damion Lee continued to be a strong presence for Phoenix off the bench, scoring two three-pointers to open up the quarter.

The Lakers remained determined to stop Phoenix’s run through its defensive efforts. However, Bridges continued to shoot at will from deep. The former Villanova standout was up to 16 points with four minutes left in the quarter. He was also 4-of-5 from three-point range.

Bridges wouldn’t be able to maintain the lead alone, and as a result the Lakers went on a 9-2 run late in the quarter, giving them the lead.

Davis was leading the way with 14 points and 10 rebounds for the Lakers, while Ayton was far behind the dominating category in that same respect. Ayton had only managed four points through the the first half.

The Suns will need more of a collective effort from its stars in order to outlast Davis and LA. Relying on Bridges’ hot shooting could leave them in disappointment.