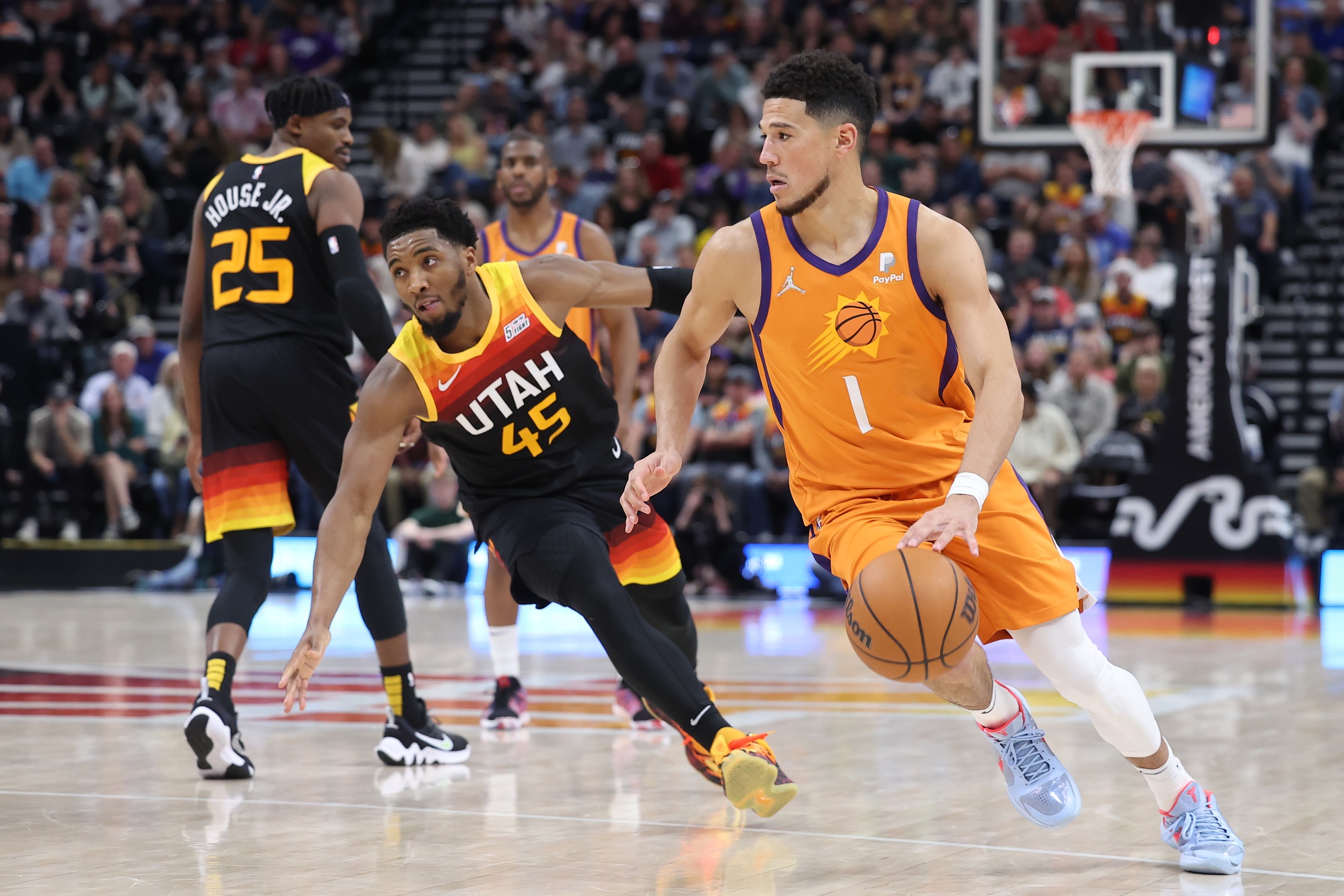 The Phoenix Suns will be hoping to make it two wins in a row as they travel to Salt Lake City to take on the Utah Jazz who are off to a fantastic start to the season as they sit at 10-6. The Suns at 9-5 are coming off of a huge win against the defending NBA champion Golden State Warriors as they made a season 21 threes while shooting 52% from the arc. The Jazz is currently on a three-game losing streak as they are looking to get back in the win column after dropping their last game to the New York Knicks. Here are a few things to look at for tonight’s game.

Ever since Cameron Payne got put into the starting lineup he’s been an aggressive offensive player for the Suns that has helped propel a very good offense since Chris Paul got hurt last Monday in Philadelphia. Since being in the starting lineup, Payne has been averaging 20.8 points per game while shooting 45.7% from three-point range and 90% from the free-throw line. Just last game Payne scored 29 points while tallying 7 assists on 6 made threes to help lead his team to victory against the Warriors.

Payne will be getting another start tonight in Salt Lake City in place of Paul as he continues to nurse his right heel which has been sore for the past week. He’s been playing great so far and we shall see if his stellar play continues in tonight’s matchup.

Deandre Ayton has had an ok start to the season. He’s averaging 14.2 points per game while grabbing 7.4 rebounds per game. His contribution as a defender has been good to start the season yet, we still haven’t had that breakout Ayton game that he’s capable of having.

The Utah Jazz rank 24th in field goal attempts and 21st in field goal percentages. The Jazz has a tendency to give up a lot of quality looks in the paint while fouling the 5th most times per game in the league. This is a game that Ayton has to dominate in the paint as he’s looked at as one of the best two-way centers in the league. The last and only game in the season where Ayton scored more than 20 points this season was in the first matchup against the Trail Blazers where he scored 24 points.

I’m looking for this game to be the second time Ayton scores more than 20 points due to the Jazz’s inability to get defensive rebounds and giving up the 3rd most opportunities for opposing teams to grab offensive rebounds to help give them second-chance points. I’m looking for Ayton to have a big game that gives the Suns an offense a lot of second-chance opportunities to have a big offensive game tonight in the paint.

Tip-off begins at 7 PM at Vivint Arena in Salt Lake City. We’ll see if the Suns can make it two wins in a row before another homestand next week.

D.J. Humphries Will Not Play Monday
Kyle Kuzma to the Suns?