PREVIEW: The Suns Come Back Home To Take On The Warriors 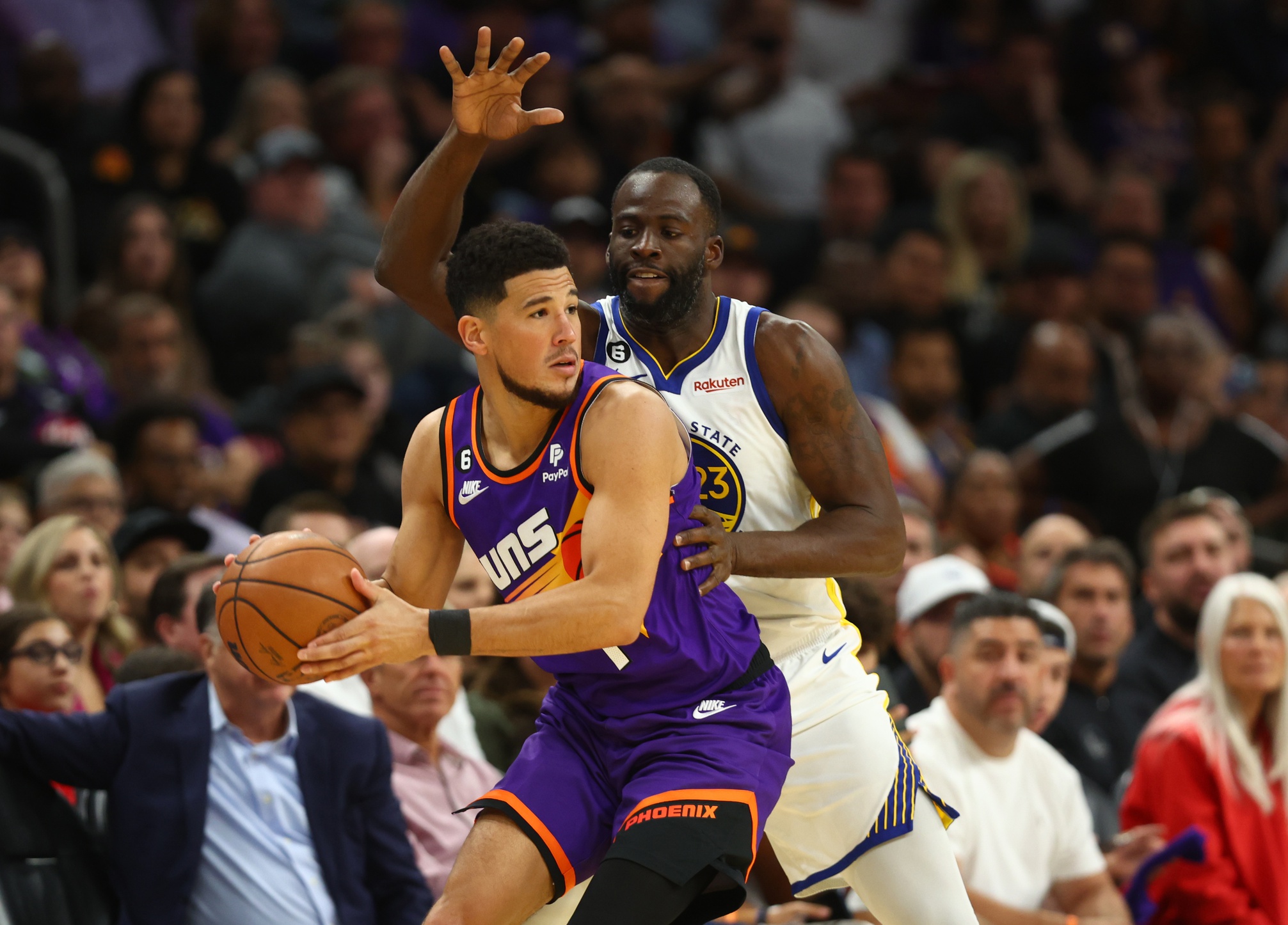 The Phoenix Suns will be back on their home courts tonight to get ready for a head-to-head matchup against their division rival Golden State Warriors for the first time since their last matchup on October 25th in which they won by a final score of 134-105.

The Suns are coming off losing two of their last three games with their recent one coming on Monday to the Miami Heat. The Suns were leading for the majority of the second half, but a lot of lack of second-half execution allowed Miami to roam back into the game to defeat them 113-112 after a great Jimmy Butler block on Devin Booker at the end of the game.

The Warriors are coming off a huge win against the San Antonio Spurs in which they dropped 132 points which is a season-high. Jordan Poole was a big reason for this as he dropped 36 points on 13-20 shooting while shooting 50% from three. He was doing his best Stephen Curry impersonation and it allowed for a very efficient well rounded game for the Warriors. Here are a few things to look for in tonight’s matchup.

Get To The Foul Line:

This could help the Suns slow the game and not play to the Warrior’s up-tempo style of offense as they like to move without the basketball a lot to tire out the defense. This also allows other players like Deandre Ayton and Mikal Bridges to rack up more points throughout the contest to keep the pressure off of Devin Booker.

This is going to be a very good back-and-forth game against two teams that have playoff aspirations. The Warriors as a whole are the 3rd best scoring offense in the entire league, thanks in large part to superstar Stephen Curry who is averaging 31.5 points per game on the season. Curry and Booker are both top 10 in clutch true shooting percentage as both are shooting over 50% for the season.

Most Shot Attempts in the Clutch + TS% in the clutch:

Warriors also rank 1st in 3-point attempts, 3rd in 3-point makes, and 8th in 3-point percentage while ranking 5th in field goal percentage. They will have their hands full going up against a top 3 Suns defense who are the best scoring defense in the entire league only giving up 106.1 a game. Their defensive rating as a whole ranks them 4th in the league as they do a great job of not giving teams any good looks to score.

According to statmuse, the Suns are 6th in steals at 8.1 and 6th in getting teams to commit turnovers which the Warriors rank 26th in the league in doing. In their last matchup, the Warriors turned the ball over 13 times and lost the points in the paint battle. I expect this aspect of the game to be really interesting come tonight.

Deandre Ayton Reached Career Milestone in Loss to the Heat

The Suns are looking to get back in the win column against the defending champs tonight at the footprint center at 8 pm in the first United Tribal game of the season.