LeBron James to Phoenix Suns is a Possibility 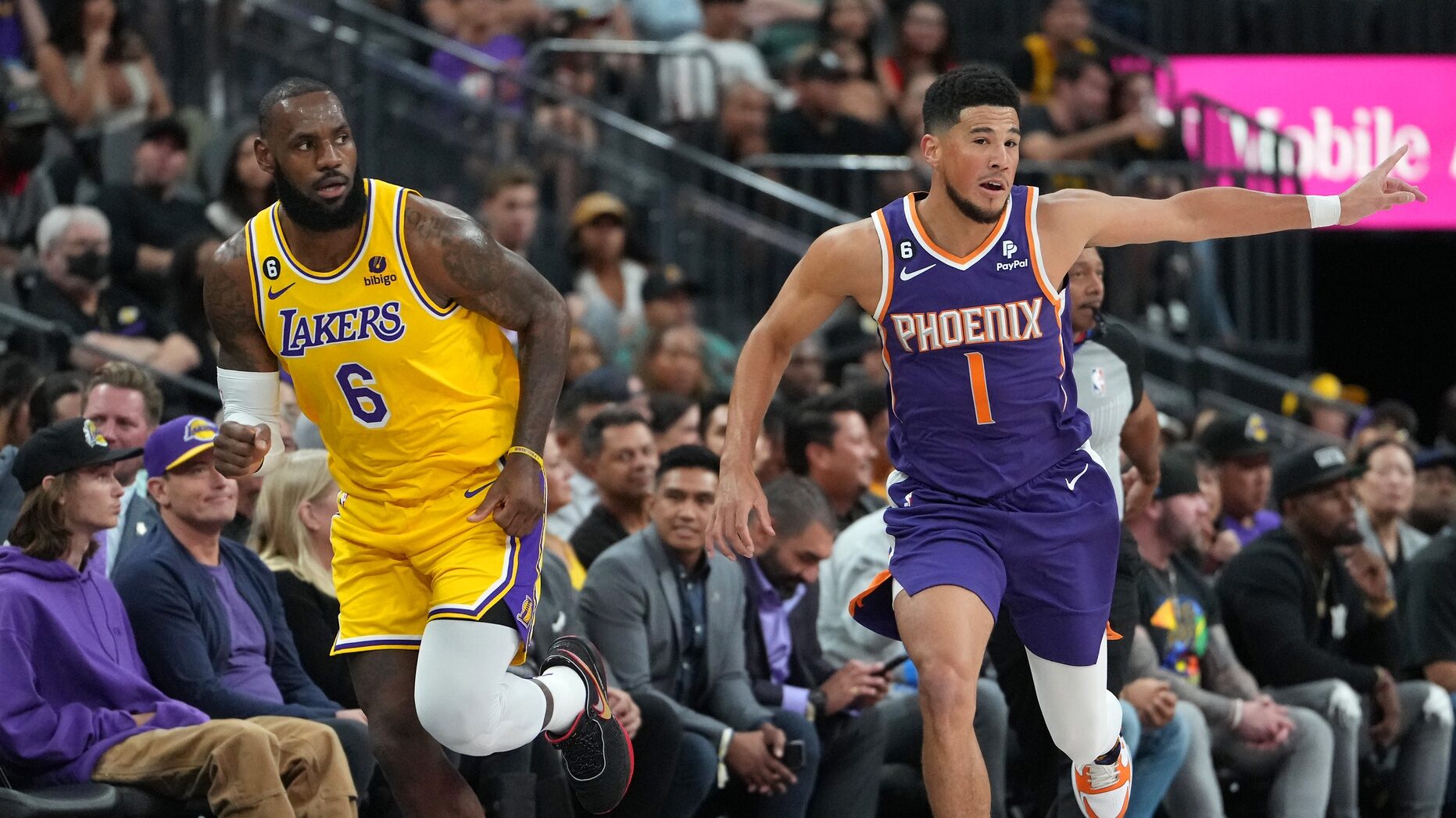 Lebron James hasn’t had the best start to his 20th season in the league. With that, the Los Angeles Lakers are exploring every avenue to maintain some competitiveness for the future.

James will likely be the last trade option that’s visited, but one Western Conference scout believes that the Phoenix Suns could obtain the superstar forward.

“If the Lakers were to move James, it presumably would be to acquire the treasure trove of future picks they currently lack,” wrote Fox Sports’ Ric Bucher. ”

“A Western Conference scout pointed to the Phoenix Suns as a far more ideal candidate should they find themselves once again falling short this season in their quest for the franchise’s first championship, after reaching the Finals two years ago and then getting knocked out in a seven-game, second-round series by Luka Dončić and the Dallas Mavericks last year.”

As has been noted coming into the season, Phoenix has an assortment of draft picks at its disposal. The Suns are still figuring out a solution to a Jae Crowder trade, which could see possibly more picks added.

The Lakers would certainly require an enormous haul to even consider trading James, even with the star forward declining with age. Still, James could find himself at ease in a system that caters to his strengths. Currently, the Lakers are off to a horrible start for the season. There’s more than enough blame to be placed, though some will point to James’ decline in productivity.

If LA does indeed decide to hit a full reset, trading James could expedite the rebuilding process. Of course, the Lakers would certainly look into deals for Russell Westbrook and Anthony Davis before then.

The Suns would have to send out a few notable players to match the salary of James. There would also be the question of pairing James with Chris Paul, a close friend of the Laker. Both are in their mid 30’s and have been hit with nagging injuries recently.

The current picture of Phoenix has been a talented squad that doesn’t necessarily have all the components to win a title. If desperate, Phoenix could land arguably the greatest player of all time in a record-breaking deal.